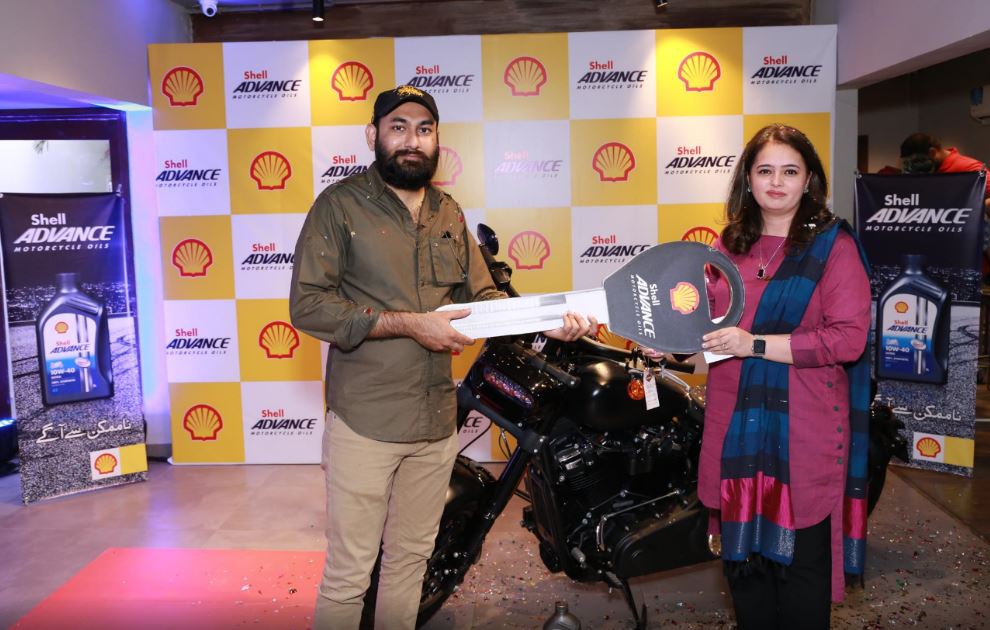 Karachi: 4th July 2019 – Shell Pakistan Limited has always kept its consumers at the forefront.  A new campaign ‘Namumkin Se Agay’ was launched by Shell Advance, empowering consumers to go the extra mile to achieve their ambitions and realize their dreams.

The campaign ran for 3 months with an instant cash prize on the purchase of Advance AX3, AX5 or Ultra.  Additionally, there was an exciting opportunity to win Harley Davidson heavy bikes and 125cc motorcycles.

A total of 38 winners of 125cc motorcycles were announced throughout the country in regionally held ceremonies. A grand ceremony was held in Karachi at The Harley District. During the ceremony, Syed Tauha Hussain was presented his Harley Davidson. The event was attended by the winner and his family, bike enthusiasts, and partners and teams of Shell Pakistan.

Ms. Nadia Haseeb, Marketing Manager Lubricants of Shell Pakistan, in her opening note said, ‘We are dedicated to continuously innovate our products to sustain the trust our consumers have placed in us over the years.  Shell Lubricants brings world-class technological insights to its products, offering you the best formulations for your vehicle. We congratulate all the winners of Shell Advance ‘Namumkin Se Agay’ campaign. We would also like to extend our appreciation to all the consumers participating in the campaign.’

The winners of the two Harley Davidson bikes Syed Tauha Hussain and Zubair Mukhtar expressed their excitement on winning the coveted heavy bikes. They also extended their gratitude to Shell Pakistan for providing them this opportunity.