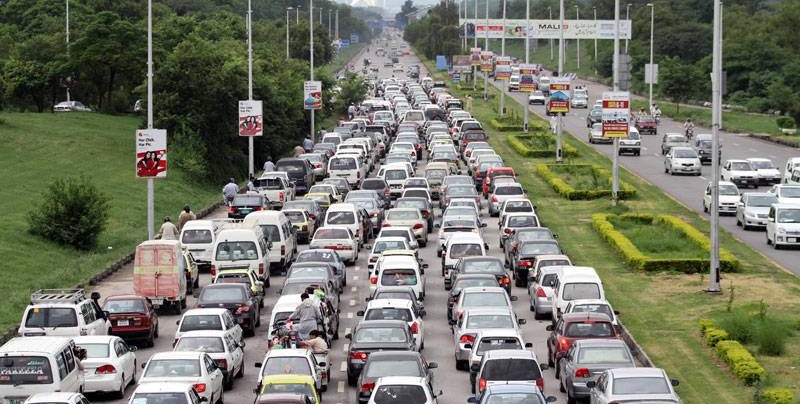 As we all know that during peak hours, the Islamabad expressway is congested with all sorts of transport vehicles, travelling to and from Islamabad. This is partially due to mass migration of people from city to suburban areas and partially due to ongoing construction of Rawalpindi Islamabad Metro Bus Project. As a daily commuter on Islamabad Expressway, it takes me around an hour and a half for a distance of only 25 kilometers.

RELATED: Motorway Link for Eastern Rawalpindi – A suggestion to solve the traffic problem

I have looked in to this with a great deal of interest and I would like to share my experience and highlight a few possible solutions for the Islamabad expressway traffic congestion problem:

If you travel from DHA-2 to all the way till Kulsum Plaza on any given day during peak hours, you will encounter the following bottlenecks: 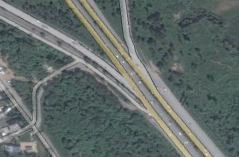 Similarly, if you travel from Kulsum Plaza to DHA-2 during peak hours you will encounter the following bottlenecks:

In my opinion these are the major factors contributing to hour and a half long drives, which in actual should only take 30 minutes.

These solutions are short term so that immediate action can be taken to resolve this issue. Furthermore, when the Rawalpindi Islamabad Metro Project is complete the traffic load on expressway will reduce as well but its effects will only be visible from Faizabad Bridge onwards, the rest of the highway will still get chocked.

I have listed down the long-term solutions and they are all self-explanatory:

If the above mentioned short-term and long-term suggestions are accepted it will result in:

I had written individually to various ministers, government officials and traffic police SSP but unfortunately, no one has replied back or even acknowledged that they have received these suggestions. Sometimes it feels that the development authorities neglect the suburban area of Islamabad.

It is sad because the amount of time we spend each day on the road under stressful conditions is getting worse. So we need to accept this challenge on long-term basis and plan so that we can effectively handle the flow of traffic entering and leaving Islamabad.

Muhammad Abubakar Khan is a Mechanical Engineer and a Project Management Professional with over a decade of experience in diverse engineering roles. He is also an Engines, Power Plants and Automobiles enthusiast.

Rolls Royce Believes It Has No Competitors