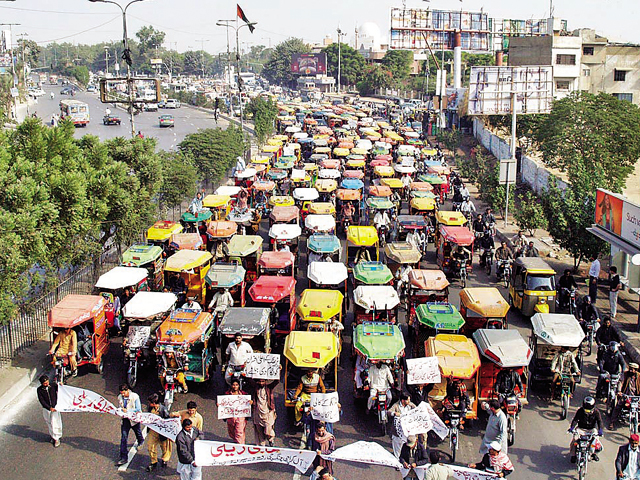 Supreme Court of Pakistan has dissolved the restriction implemented on the Qingqi rickshaws in the economic capital of Pakistan, Karachi. A two-member bench consisting of Justice Gulzar Ahmad and Justice Dost Muhammad Khan have issued an order to the relevant government departments to start registering the Qingqi rickshaws nationwide within next three months.

All Karachi Qingqi Welfare Association had contacted the Supreme Court to remove the restriction implemented on the three-wheelers previously by the apex court. The bench was listening to the points of both sides today on Wednesday as well. The court also showed its dissatisfaction on the lack of public transportation as an alternative to Qingqi rickshaws.

Also Read: Ban On Qingqis To Favor Bus Mafia Or, Should Gov. Redesign And Regulate Qingqis?

The Court has ordered to make sure the registration is done after the complete due diligence, including the safety standards of the three-wheelers. Also, those interested in owning and running a Qingqi rickshaw must obtain a license before. The license will be given to the interested individual has taken a test. After this ruling, the Qingqi rickshaws will not be allowed on the public roads until proper registration and license.

The Qingqi rickshaws were completely banned last year by the Sindh High Court. After that, Qingqi rickshaw organizations and political parties contact the Supreme Court the turn the ruling of the high court. The case has been in the court for five months now, and a similar decision has already been issued before. The government promised to bring an efficient public transportation system, and the court banned the rickshaws once again. When Supreme Court inquired the government about the alternatives, it announced the previously dropped projects of circular railway and solar-powered rickshaws.

Recommended Reading: 90pc Of Drivers In Karachi Don’t Have A Valid Driving License

But the government of Sindh was unable to show any progress in its public transportation plans in today’s hearing and the court issued the ruling to register the rickshaws and operate on public roads. The next hearing will be after three months.

The debate on the merits and demerits of Qingqi rickshaws in Karachi has been going on for ages now. The public of Karachi received Qingqi rickshaws with open arms after the attitude of local transport mafia. But private car and motorcycle owners have always held Qingqi rickshaw drivers responsible for most of the traffic problems, including one of the primary reason of road accidents. The latest ruling by the court can be considered a positive step to provide the public with cheap transportation.