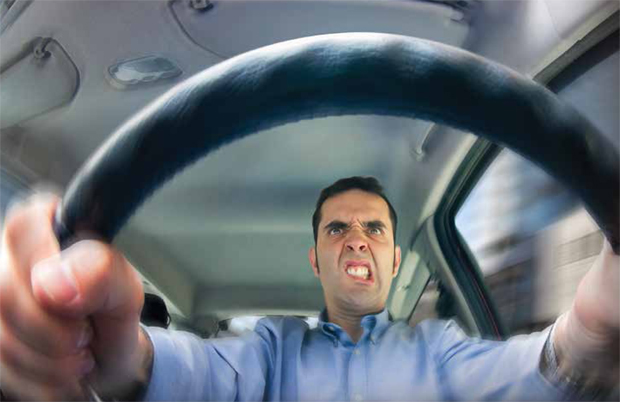 The ‘mob mentality’ makes an individual feel invincible, its terrifying. Pakistan has seen the worst of it. But there’s not much you can do when a mob is formed unless policing agencies strike down upon thee with great vengeance and furious anger, for putting innocent people and public property in harm’s way. Especially when they are denied the basic right of justice; a fair trial.

Even during traffic accidents, a person starts to be pronounced guilty as mob starts to form around them, with judging eyes and raging temper, you aren’t even able to defend yourself or provide your side of your story.

Here in Pakistan, give a side to someone in the traffic and they will lose their minds. Whether you did unintentionally or not. Whether a motorcycle swerved to come in front of you so quickly that the only reaction you had was to jump lane like Cheetah would on reflex muscle or, slam hard on the brakes. It is a total chaos but thankfully, road rage isn’t such an alarming thing on Pakistani roads that would force people to buy SUVs, as it has started to happen in China.

Ever since the viral video of a woman being dragged on the street while being kicked on the face surfaced, it has left many Chinese motorists feeling unsafe. A threat to each other and the temporary solution they have sought is buy SUVs.

Concern for personal safety amid rising road rage is among the reasons China’s SUV registrations surged 48 percent in the first quarter of this year, according to a research note Sanford C. Bernstein released Wednesday. SUVs accounted for 27 percent of vehicles registered in the period, nearly twice the rate three years earlier, analysts led by Robin Zhu wrote.

China’s security ministry released a statement on May 8 pleading to people to behave in a civilize manner while following traffic rules and containing their anger.

Sun Xiaohong, a prominent female observer of the auto industry, said that the surge in road rage is attributed towards people being unappreciated, feel underappreciated and disrespected, which paves for them to take out their rage on the road by being bullies.

Ms. Sun has rightly said that raging tempers in people are more or less, a deliverable of the same conditions.

Related: Driving Advice Of The Week: How To Tackle Road Rage In Pakistan.

However, when the first video surfaced of the woman being beaten up and dragged on the road, people moved to blaming the man, who lost hi his cool when the woman suddenly cut into his lane, making him slam on the brakes hard enough to scare his wife and chile, and when another video surfaced showing the woman cutting in front of him, people changed their sides to be with the man.

And anyone taking sides of the woman, or even saying that the man shouldn’t have beaten her like that, had received violent and aggressive comments, ultimately, making websites to turn off comments for the article.

So to avoid such punishments, people of China have an option to move to SUVs, meanwhile, Pakistanis don’t, unless you can buy a Vigo or Land Cruiser and employ guards, then you don’t need to worry about road rage because of your little army on the back of your truck.

Heatwave In India Is Causing Roads To Melt

Lamborghini Urus – All Set To Become Reality In 2018