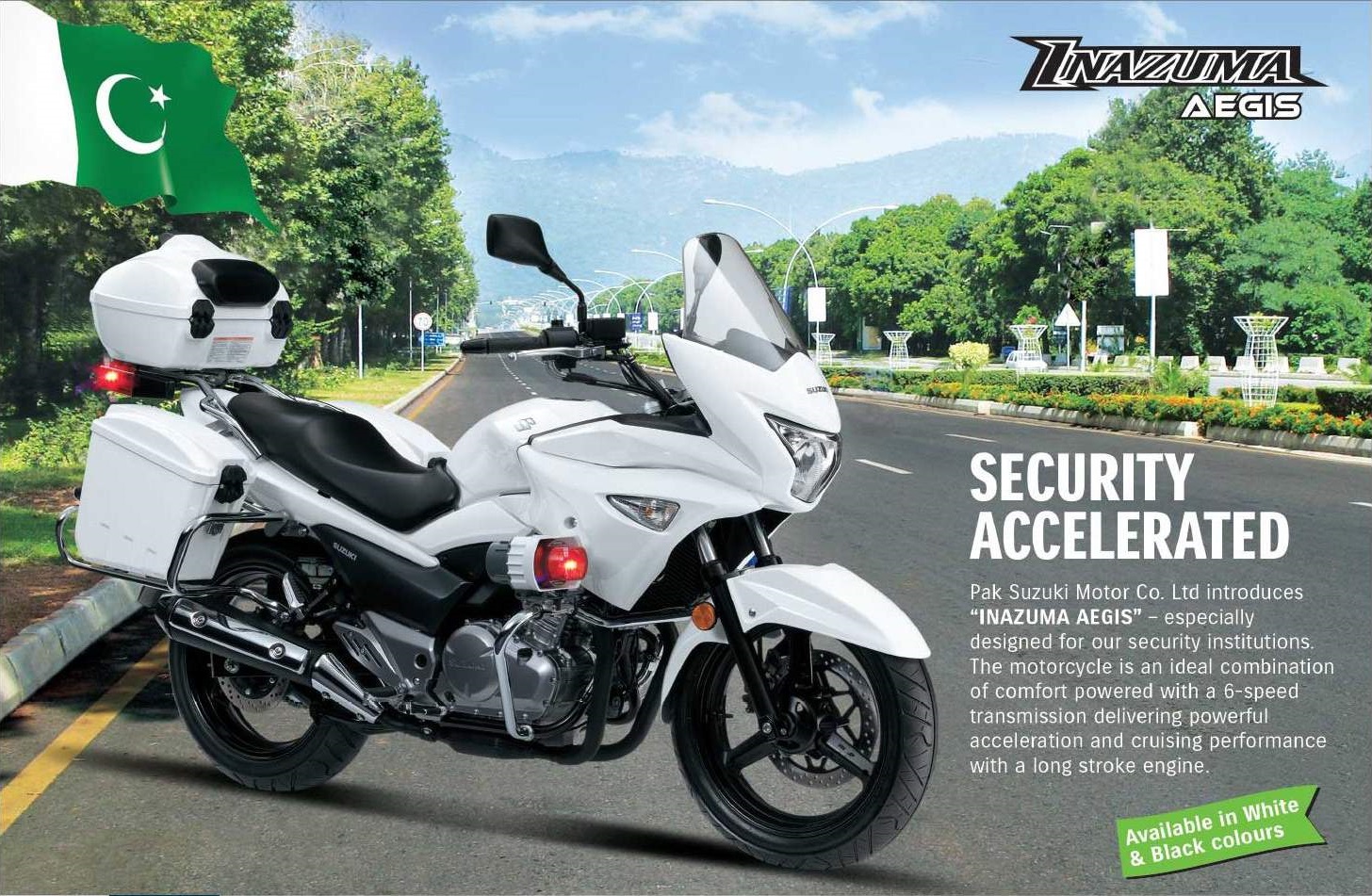 The aim was to make it safer, comfortable and more equipped for the security personnel. Pak Suzuki has upgraded the brakes of the original Inazuma and have installed different road tires.

The Suzuki Inazuma Aegis was launched on the 20th of September, 2015. The launch ceremony was held in Karachi and was attended by honorable Hiroshi Inomata, the Ambassador of Japan to Pakistan. With the ambassador, State Minister Frontier Baligur Rahman was also present at the ceremony.