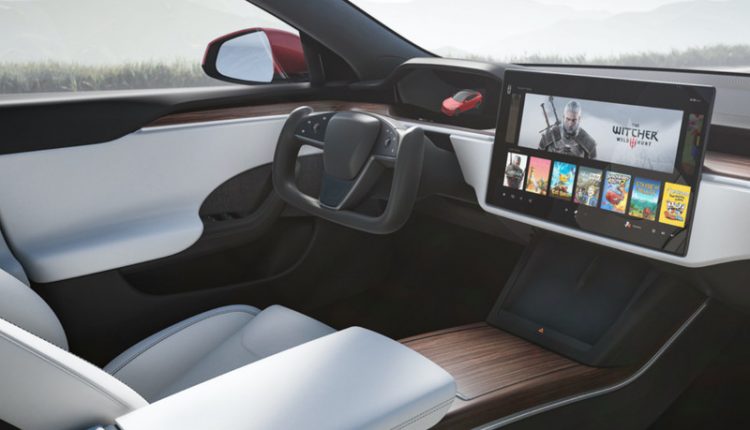 Tesla Model S is the lucky sedan that brought the company into the limelight. Tesla unveiled an epic redesign of the Model S sedan at the Q4 earnings announcement on Wednesday, 28th of January. The new car will have the world-record 520-mile range, going from 0 to 60 miles per hour in under two seconds. Some wild interior changes like a new 17-inch landscape dashboard screen, butterfly steering wheel, and a rear passenger screen.

The Model S debuted in 2012 and won the international market over. Since then, this electric sedan has remained the same. The upcoming upgrade will be its first major redesign, and all Tesla lovers are here for it.

Tesla says that it has updated the powertrain, battery pack, battery module, and drive units on the new electric sedan. The company will launch three powertrain versions of the Model S.

All three Model S variants will receive similar interior upgrades. The new design will copy the 17-inch portrait dashboard touchscreen, found in Tesla Model 3 and Model Y. The display will have a cinematic resolution of 2200×1300, best for in-car gaming for all passengers.

Upgrades in the second row will freshen up the car. Extra legroom, headroom, armrest with integrated storage and wireless charging, and a rear passenger screen. The interior is definitely the star of the Model S makeover show.

The exterior of the new Model S cars is sportier and more aggressive. The majority of the rework will happen to the lower portion of the front fascia, and there will also be new wheels.

The Tesla Model X will also have upgraded Long Range and Plaid versions with the same exterior and interior makeover as the Model S.