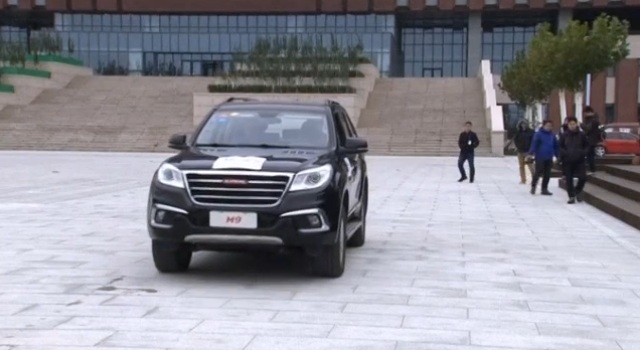 The Chinese Are Driving Cars Through Mind Control

While we’re still struggling to develop an auto policy, researchers from Nankai University in China have said that they have successfully completed the test of China’s first car that is controlled by nothing but mind. Yes, the mind controls the vehicle to move forward, reverse, stop, and open and close the locks of the car.

It took the team two years to realize the mind-controlled vehicle, and their tests have been successful through wearing a brain signal reading equipment that reads the thoughts on the driver’s mind and then a software translates it so it can be interpreted into action:

Researcher Zhang Zhao told Reuters the equipment comprises 16 sensors that capture EEG (electroencephalogram) signals from the driver’s brain. They developed a computer program that selects the relevant signals and translates them, enabling control of the car.

“The tester’s EEG signals are picked up by this (brain signal-reading) equipment and transmitted wirelessly to the computer. The computer processes the signals to categorize and recognize people’s intention, then translates them into control command to the car. The core of the whole flow is to process the EEG signals, which is done on the computer,” said Zhang.

The aim of the research is to help future cars and other robotic technology to better serve humans. However, the research team of the project isn’t quite bothered about the autonomous technology and feels that the mind-control technology can create a better experience through an ‘intuitive’ connection between the person controlling it through thoughts and intentions with the computer instead using physical or voice inputs to control the car.

Automakers and technology companies around the world are pushing for a fully autonomous car that drives on your own and perhaps when you get in to an autonomous vehicle, your mind can still keep control over it as it drives to your destination. Its just one of the infinite possibilities that the future may hold for us.

You can watch the video of the test at Reuters.

Like The New 2016 Honda Civic, Other Carmakers Are Moving To Smaller Turbo Engines As Well