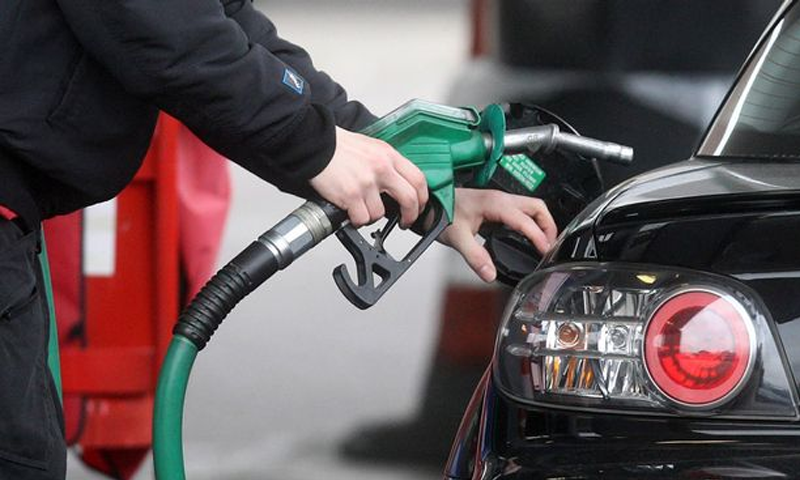 The Conundrum of Premium Fuels in Pakistan – Explained in 7 Points

It isn’t that long ago when The Economic Coordination Committee allowed the introduction of 92 Research Octane Number (RON) premium motor gasoline in Pakistan. On the surface, things look good. In fact they look great, as the country was long overdue to receive an upgrade in its outdated fuel technology and emissions. But this announcement on premium fuels has left consumers confused on whether or not it is a good step and will benefit them.

So, the following is my attempt to address some of the crucial questions, which any consumer would usually ask:

1: What is Octane Number?

In a nutshell, it is an octane number, which describes how well a type of fuel behaves (will or not) during self-ignition. Fuel samples are tested to set a numerical scale. One of the most common practices, which are employed in this testing phase is comparing a fuel sample in question with other fuels with benchmark (standard) results. Iso-Octane (2,2,4 trimethylpentane) with an octane number of 100 and n-heptane with an octane number of 0 are two of these fuels (The combination of these and other fuels are also used). The fuels with higher octane numbers are less likely to self-ignite. By the way, self-ignition (Mechanism used by diesel engines) is the process of fuel ignition without the utilization of a spark plug due to high pressured air.

2: How does it relate to ECC’s decision to improve the fuel quality?

At the time of this announcement, the country was using 87 RON petrol, which had been largely abandoned by the world. The primary reason for introducing this 92 RON petrol was to tackle the environmental hazards, which occurred due to the combustion of low-quality petrol. It is imperative to mention that the preparation, selling or purchasing of the 87 RON fuel was banned by the Ministry of Petroleum. The country’s refining machinery had become outdated, as reported by various news sources at the time of this development. The refineries, however are meeting this demand of 92 RON by importing 97 RON petrol and mixing it with 87 RON petrol to make the aforementioned gasoline product, which leads me to add that the petrol products being sold across the country are nothing more than a mixture of different fuels, which does not necessarily mean a very good premium fuel. Add to the fact, the deregulation of a High Octane; there are some serious concerns raised in this situation. The purpose of this article is to address some of these concerns and try to provide some reasonable answers from a purely customer’ point of view.

3: But what about High Octane? It had a higher RON value, didn’t it?

Yes, the high-octane was a 97 RON fuel (as per my information), and it was used by most consumers to ‘mix’ with main grade to improve its RON rating. It was produced by only one refinery in Pakistan, PARCO and was therefore always in short supply. As OMCs have moved onto a new RON 92 main grade (petrol), the industry has shifted to the more internationally available RON 95 product for premium fuel, usage. To meet the demand of this premium fuel the Government decided to deregulate it for the OMC’, so that they could ensure steps to achieve its requirements.

4: But isn’t 95 RON fuel of less quality then High Octane?

The vast majority of products available in this category will certainly fall under this conception. But Shell V-Power, which is due to be launched in a few days, is different from other fuel grades and from HOBC -which was Shell’ premium before the advent of this policy- in that it’s specially formulated with Shell patented formula and additives to reduce engine deposits. And apparently, according to my research no other OMC in Pakistan is currently adding such beneficial additives in their products.

5: What exactly is the role of additives?

To understand the role of additives completely, it is imperative to know the role they play in a vehicle. To start it off, the middle decades of 20th century witnessed a general stagnation in vehicle design, with the primary emphasis on reducing purchase cost. And since mid-1970’s, air quality concerns had led to the gradual phaseout of tetra-ethyl lead antiknock additives in petrol fuels and the reduction of sulphur levels in diesel fuels. And as APC-Europe elaborates, the demands placed on vehicle manufacturers can be summarised as follows:

Now the typical approach in this scenario would have never been able to be met. However, fuel additives played a crucial role in assisting Original Equipment Manufacturers (OEMs) to comply with these highly challenging demands, to the extent that the value of such additives have been recognised, globally. And now we live in a world where the development of new fuel injection systems, such as common rail direct injection and gasoline direct injection has created further demand for novel products to ensure optimal and long-term operational ability.

But the progressive history of internal combustion engines and implementation of strict emission standards raises some unyielding concerns for the future of fuel additives. Suffice to say the fuel additive industry has long recognised the need to ensure that in resolving one issue, the use of a fuel additive does not create another. Products have only received endorsements or had their use encouraged if leading refineries and OEMs have been satisfied that no harmful effects will results from the use of certain additives in the fuel. This is typically accomplished by performing extensive laboratory and engine tests and has resulted in the formulation and creation of ‘no-harm’ suite of tests, designed and performed to demonstrate the absence of adverse effects of fuel additive use. I will take the liberty and mention two instances to demonstrate how fuel additives and test methods have evolved to overcome issues of unwanted adverse side effects.

ATC-Europe reports, some gasoline deposit control additives were found to permit the formation, at the intake valve, of a film whose viscosity increased significantly at low ambient temperatures. Under these conditions, on cold cranking (immediately before starting), one or more intake valves could stay open, with the compressed valve spring unable to close the valve in time to allow the cylinder pressure to rise satisfactorily, which could compromise the output of an engine.

The additive industry in these circumstances responded by developing a series of test procedures to replicate such conditions by using an engine noted and reported to be severely affected by this problem. This test is now a standard no-harm test for multifunctional petrol additive packages.

Some lubricity additives used in low sulphur diesel fuels were found to react adversely on contact with the crankcase lubrication oil. This potential contact between crankcase lubrication oil and diesel fuel was reported to occur in some in-line injector pumps used on many heavy-duty diesel engines. This contact resulted in the loss of power output and engine shutdown in several cases.

The fuel and additive industry responded to this problem by developing a series of tests, which involved both new and used crankcase lubrication oils and candidate lubricity additive compounds to ensure that no deposits would occur. Such tests are now a standard no-harm test for multi-functional diesel additive packages.

6: Does a vehicle benefit from increased octane?

The octane level of gasoline is often considered to be a quality index that enables the customer to distinguish between premium and regular grades.

More importantly, these ‘premium’ fuels -specifically formulated with fuel additives- are designed to help control the build-up of deposits in new engines and help remove deposits in older engines that less advanced fuels may have left behind.

7: How long it takes for the effects to show up after using these premium fuels?

It is hard to give a time-frame for this particular situation, as there are a lot of factors which contribute to its making.  Nonetheless, since all cars are different, so they are likely to respond to premium fuels with (engine beneficial) additives in slightly different ways and varying degrees. Any improvements will vary depending upon your particular car, fuels previously used, driving style and the amount of gunk and corrosion deposits.

I hope this little compilation of questions on my part would have been able to alleviate some of the concerns. Do let me know what you think about them!

You can also discuss on fuels in Pakistan at PakWheels Forums!