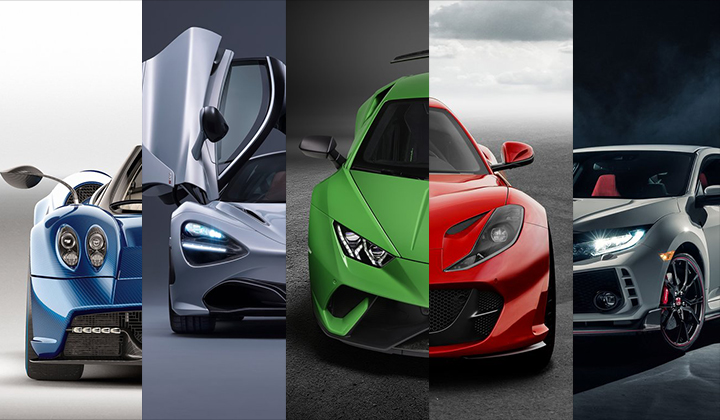 Each year multitude of international motor shows take place all around the globe, ranging from places such as Los Angles, Detroit, Malaysia all the way to Tokyo, Japan. But if you’re a true petrol head then like many others you would have been looking forward to the Geneva International Motor Show, that takes place in March of each year. This is the place where car manufacturers of all types and origins gather from all over the world to showcase their concept and newest cars. This year’s show was anything but lackluster, here’s a recap of all the headlining news you might have missed from the 2017 Geneva Motor Show. 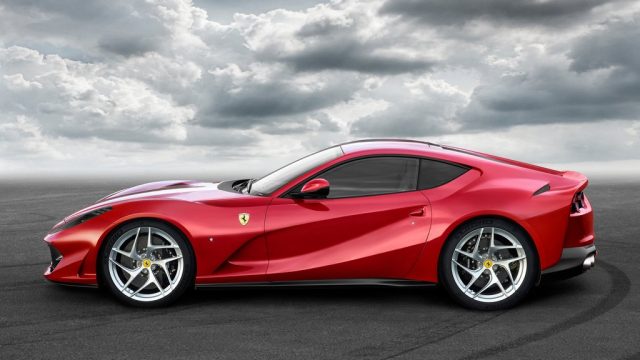 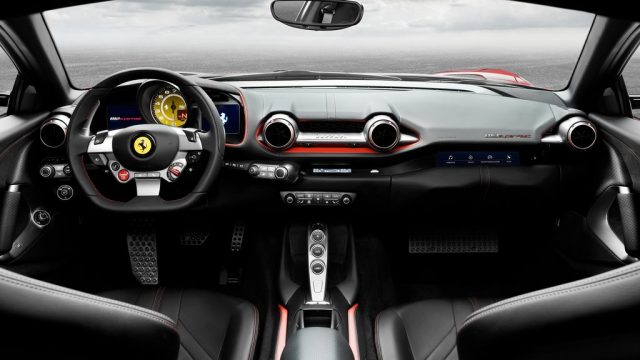 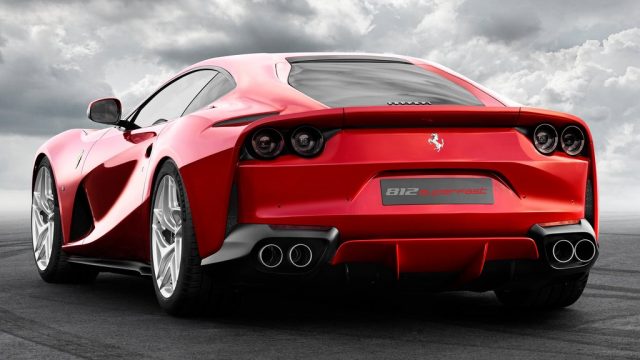 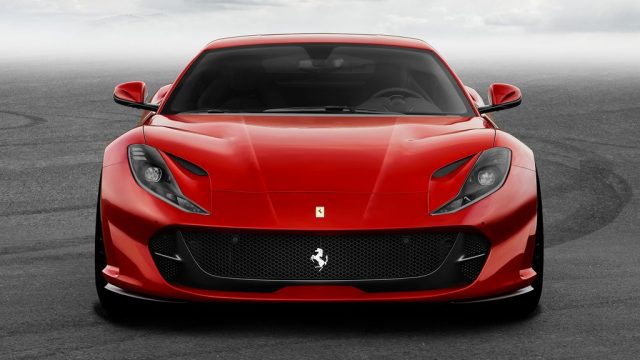 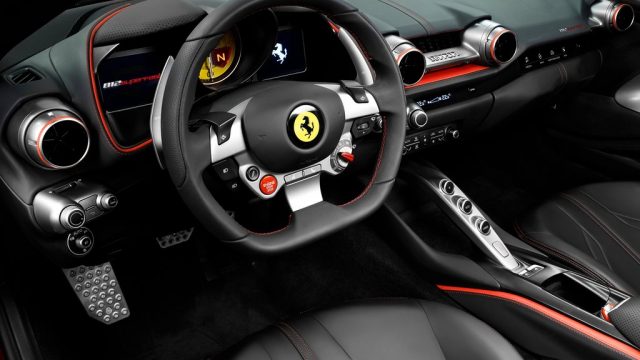 The star of this year’s Geneva Motor Show was without any doubt; Ferrari’s brand new V12 GT replacement for the aging Ferrari F12 Berlinetta the Ferrari 812 Superfast. If your thinking “What an odd name!” trust us you are not the first one. While it may seem like a two-year-old came up with the naming strategy that didn’t stop the Superfast from garnering a lot of attention from the crowd. Under the front bonnet is a brand new 6.5 liter V12 that produces 789 horsepower and 530 pound-feet of torque, with redline at 8500RPM. That for a 6.5 liter V12 is a feat in itself. The Berlinetta Coupe can propel itself to 62mph in just 2.9 seconds and can achieve a top speed of 212mph. The styling has also caused lots of controversies; but since beauty is in the eye of the beholder, so we’ll leave you to express your views on it’s styling in the comments down below. 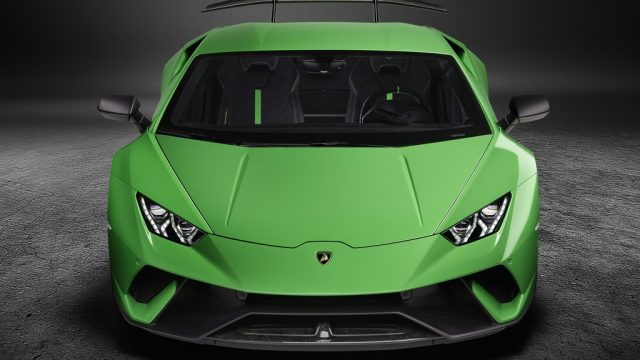 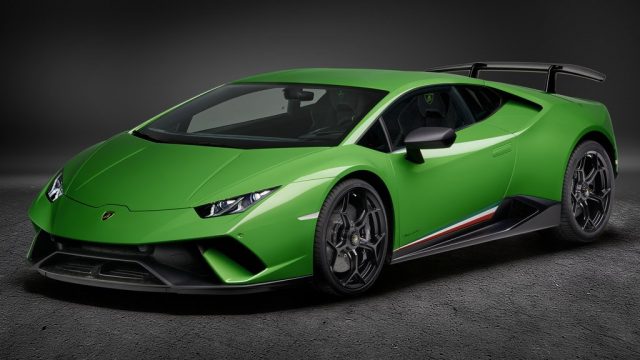 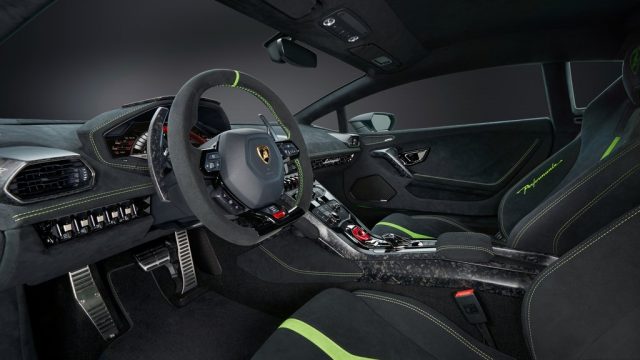 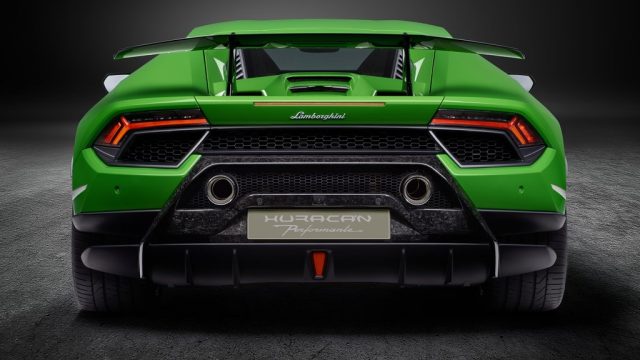 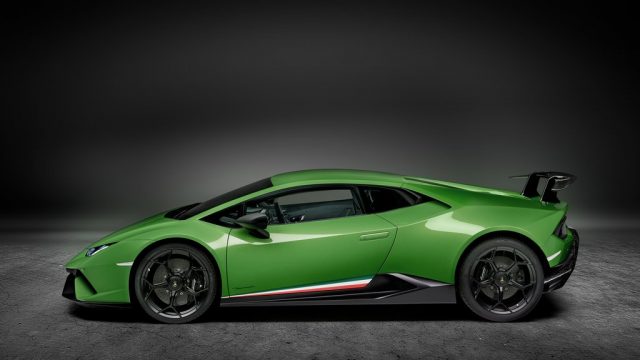 Another one of Geneva’s most highly anticipated cars was the Huracan Performante. The mid-engined supercar has been grabbing headlines right and left due to its most recent accolade of lapping the infamous Nürburgring in and unbelievable 6 minutes and 42 seconds. Beating the previous (highest) recorded time by Porsche 918 Spyder, which has 200bhp more and costs four times as much then Huracan Performante. The supercar receives a series of cosmetic and aerodynamic upgrades over the standard Huracan including a new forged carbon fixed rear wing and improved airflow, especially on the front. Power is up to 640bhp from the naturally aspirated V10. 62mph is achieved in just 2.9 seconds, and the top speed being quoted by Lamborghini at over 202mph. 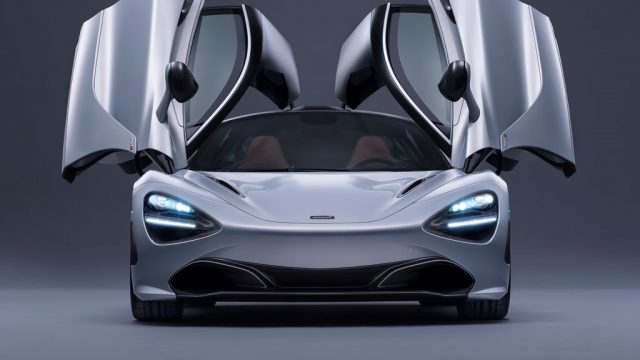 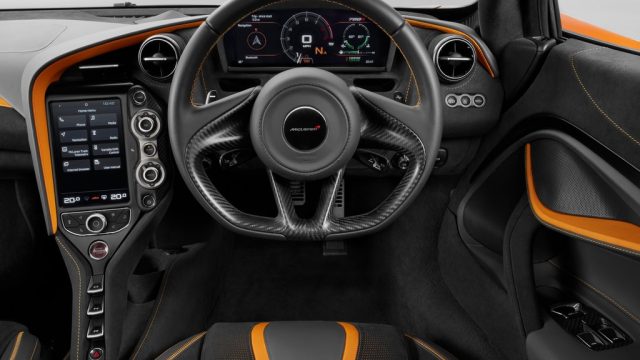 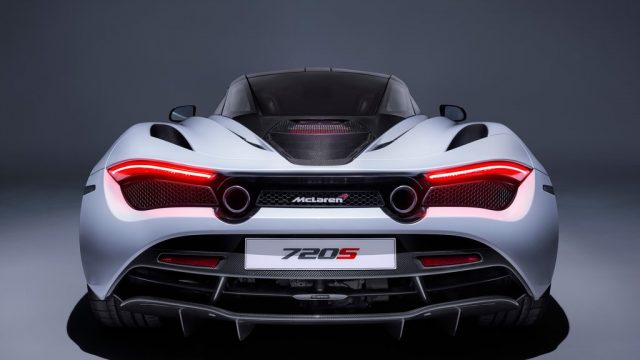 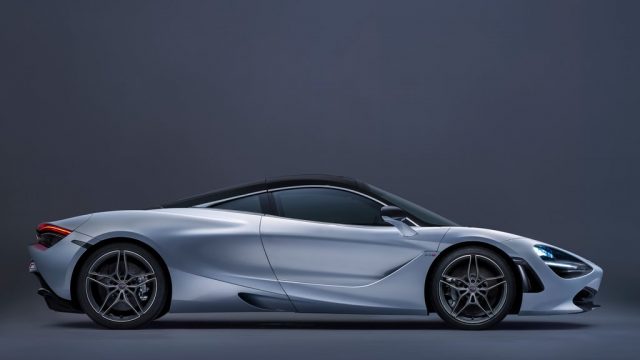 After much anticipation, Mclaren finally unveiled the second generation in their Super Series lineup the brand new Mclaren 720s. The car is brand new from the ground-up featuring a new lighter carbon fiber tub with improved rigidity. It features a brand new 4.0-liter twin turbocharged V8 that pushes out; you guessed it 720bhp to the rear wheels. The mid-engined supercar features a brand new design language that Mclaren says is both functional and stylish that is engineered towards providing maximum downforce and cooling to the new engine. 0-62mph happens in a blistering 2.8 seconds, and the car maxes out at 212mph. Mclaren says we can expect to see this hypercar on the roads in the last quarter of 2017. 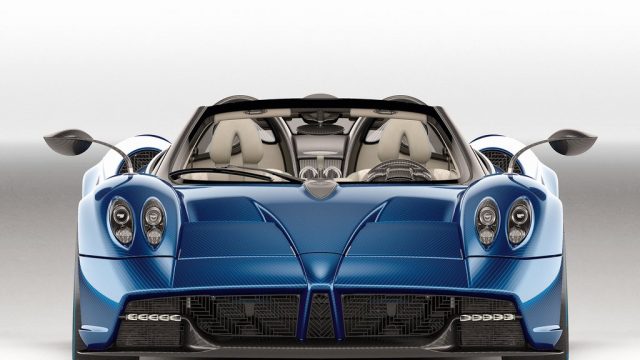 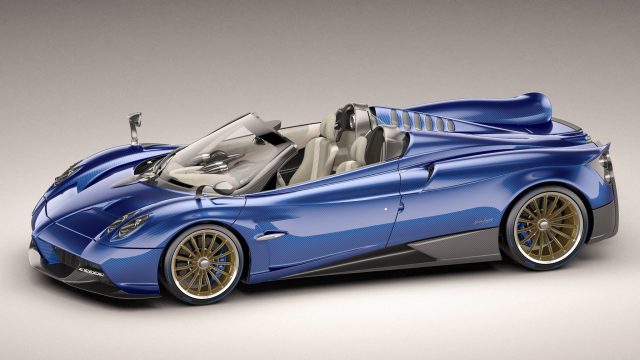 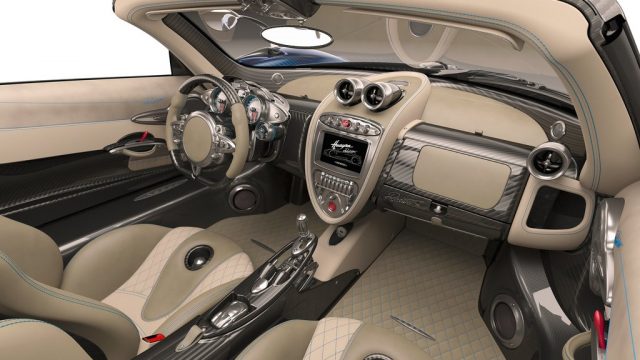 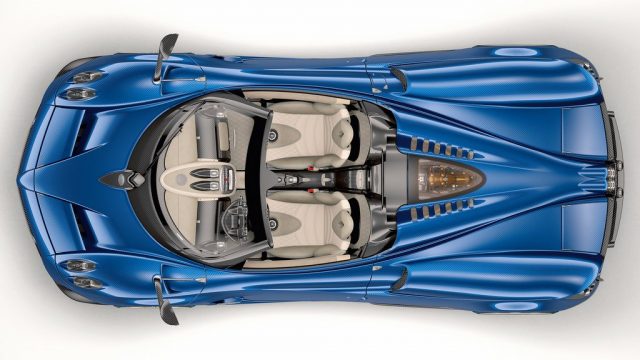 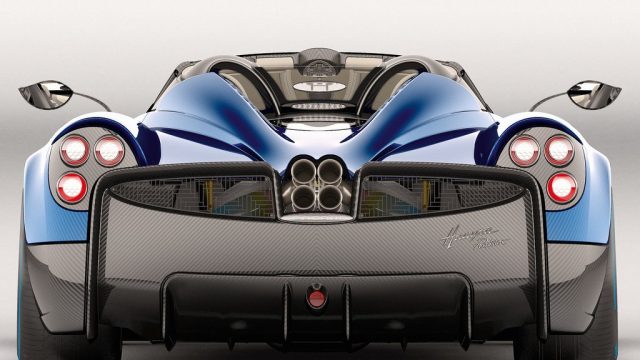 It feels like ages ago when Pagani launched their replacement for the Zonda the Huayra all the way back in 2011. Horacio Pagani has been promising us that there will be a Huayra Roadster coming soon and finally after a 6-year long wait, our eyes can finally feast on the new Huayra. Although this hypercar may not look unique to its predecessor, Horacio Pagani says it was the most challenging project the company had ever undertaken. Not only has the roadster not lost even the slightest bit of rigidity compared to the aging Coupe but the roadster is lighter than the coupe by over 40 kilograms, that should give you an idea of the level of engineering that went into this car. Only 100 examples will ever see the light of day which no doubt have already been spoken for. The car still retains the 6.0-liter bi-turbo V12 engine in the rear but now produces 760bhp, up 30bhp from the coupe. The price of the roadsters begins at 2.4 million pounds with deliveries starting in late 2017 to early 2018. 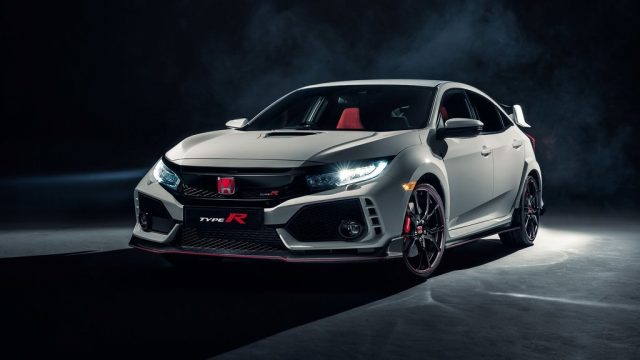 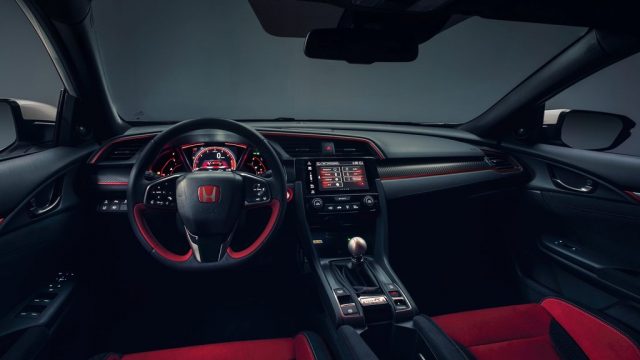 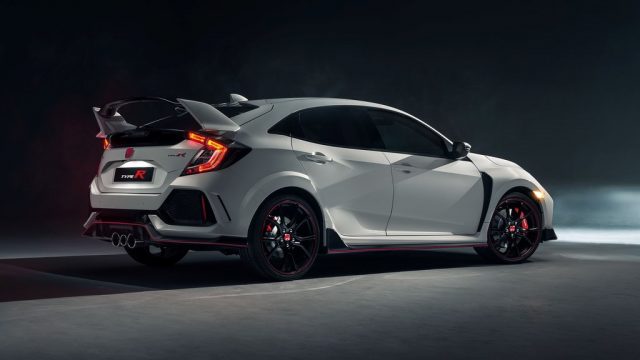 The new Honda Civic Type R is by far the most anticipated hot hatch of 2017 so far. After the previous generation stormed onto the spotlight in 2016 with it being labeled as the best hot hatch of 2016 by many motor journalists, naturally expectations were high for what Honda would eventually replace it with after the introduction of a brand new generation Civic. Safe to say Honda didn’t disappoint their fans and motoring world. The Type R still retains the aggressive styling with spoilers and bits sticking out from it all over including new triple exhaust pipes at the rear end; power still comes from a turbocharged 2,0 liter four banger that pushes out 316bhp and 296lb-ft of torque. 62mph happens in just under 5 seconds, and top speed is still around the 160mph range. Honda has fitted the Type R with more standard kit this time around that includes a 520-watt 12 speaker stereo system and a 7-inch touchscreen as standard. And enthusiasts will be glad to know that the only gearbox on offer is an old-fashioned six-speed manual box. The Type R will be on sale soon and if it’s anything like it’s predecessor we have a lot to look forward to.

New Tax Proposed To Curb High Own Rates in Pakistan