By now, we all know that every car company recalls their cars, every now and then to fix specific issues under what an automotive recall. This means that any part of the vehicle could remain sub-standard at the production time, causing problems to the end-users. Now, similar issue has happened in Toyota Fortuner and Hilux.

Sometimes recalls are associated with the electronic module, which needs a software update. Some recalls are minor and do not pose any danger to the car owners immediately. Still, some genuinely need immediate action and known as “Safety Recall” like in case of famous Takata defective Airbags or the recall we will talk about in this article.

Toyota Global has recalled brake booster assembly across the globe affecting a number of vehicles in different regions. Toyota Japan initiated the recall campaign on December 3rd, 2020. Later on, different regions started implementing recall and rectification action. According to Toyota’s official statement regarding the recall; 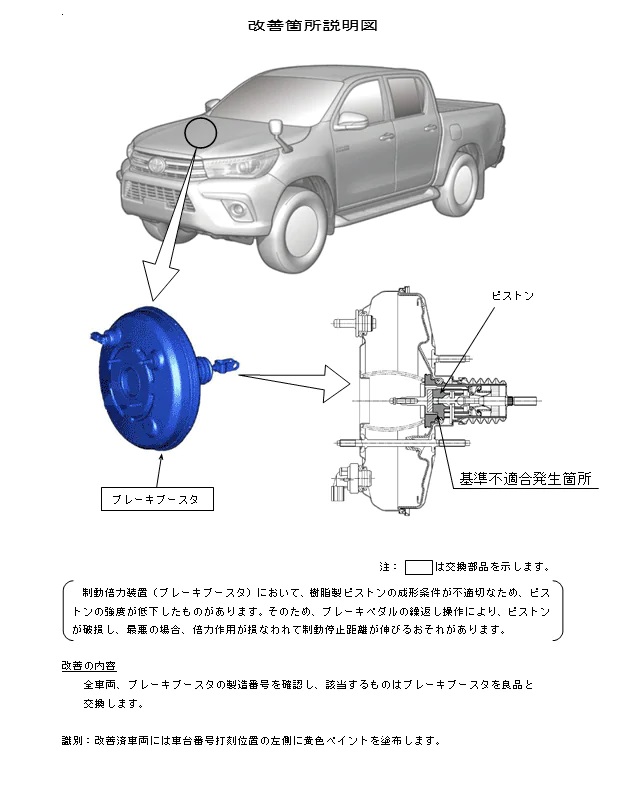 As this is a global recall by Toyota and as Toyota Indus imports parts for local assembly of vehicles, certain brake boosters are also automatically effected by this recall which might have been installed already. Toyota Indus has started a service campaign and at this time its more of a cautionary message to the affected vehicle owners. As per Toyota Indus, the replacement parts are being imported at this time, and as soon as it arrives, the vehicle owners will be reached out for inspection and replacement. As this is a recall, the part will be replaced free of cost, regardless of your vehicle’s warranty status.

Suppose you are an owner of the following listed vehicles as in the service campaign. In that case, you are recommended that you MUST be very careful with your vehicle’s braking operation and if you feel and notice any abnormality, contact your dealer immediately. Personally, I would recommend that if your car falls under the list, you must suspend your trips to mountainous regions where, extensive braking is required in twist and turns. The brake booster can stop working any time without any prior notice. 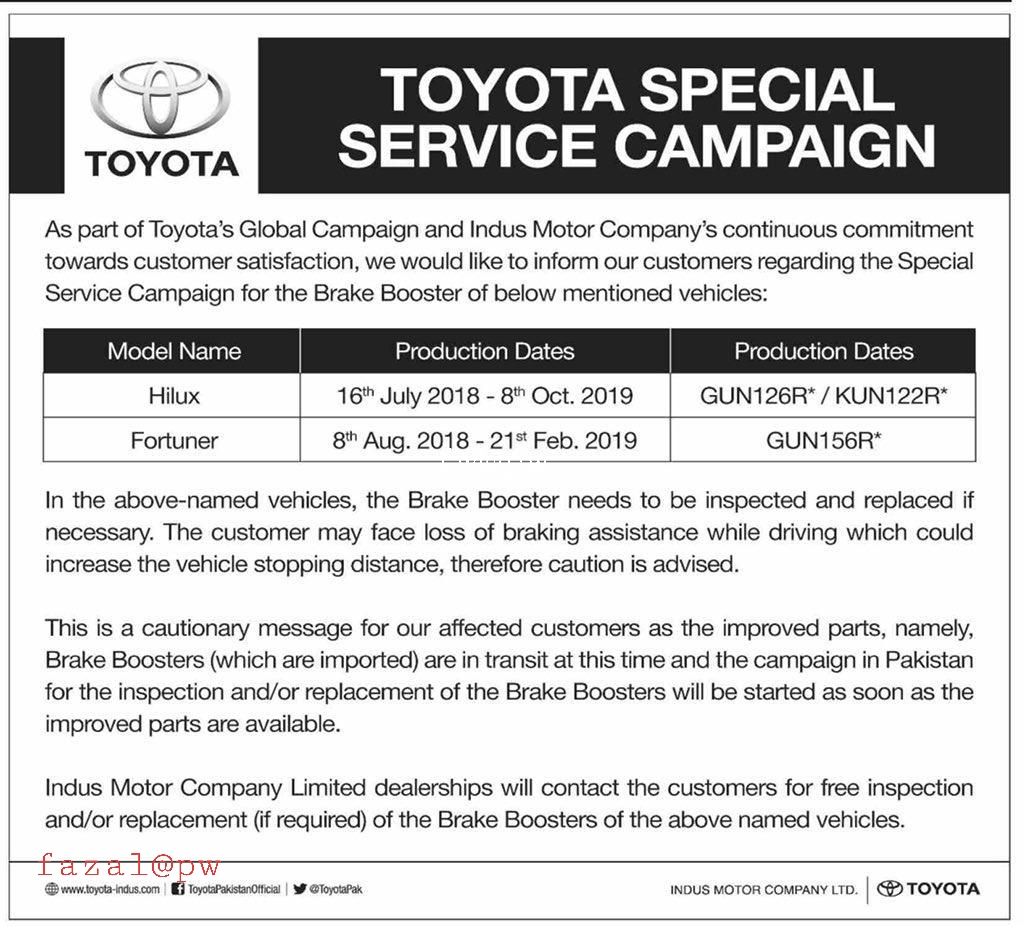 Brake Booster, a round canister type device are force multipliers [reduce the force required at brake paddle by a driver to apply brakes ] and found on the driver side in the engine bay and installed on the firewall/the wall which divided engine bay from the passenger compartment. The brake booster assembly is an integral part of today’s disc braking system of the vehicle and is between the brake paddle and the master cylinder containing the brake fluid. There are various types of brake boosters, but all work on the same principle of operation. The aim is to reduce the driver’s effort on the brake paddle while increasing the force on the master cylinder hydraulics to pump the brake fluid to the brake pads.