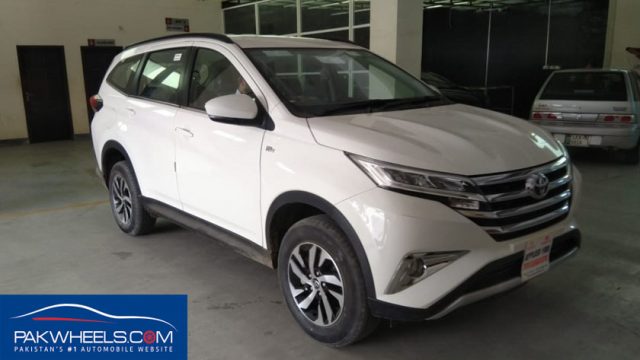 Will Toyota Rush 2018 live up to expectations?

The news around the launch of the upcoming Toyota Rush has built excitement around the automotive enthusiasts, and people can’t wait to get their hands on the car. The company is planning to launch the car on 10th September 2018.

Toyota Indus Motors Company launched the car first as Daihatsu Terios in 2010, but it was discontinued later for some undisclosed reasons.

As believed, previously, the car didn’t go well with the masses because being an SUV it was deemed underpowered due to its 1500cc engine. Having less engine power also affected the petrol average of the car. Moreover, although it was being marketed as an SUV, it lacked 4×4 option, hence limited off-roading capabilities.

The company is launching the Toyota Rush again. However, this time around, the 2018 Rush is an all-new vehicle powered by a new 1.5L petrol engine. The inline-4 engine is mated to a 4-speed automatic transmission and makes 102.5 BHP and 136Nm of torque.

IMC will initially sell completely built units (CBU) in the country, and the company is launching the car in three variants; their ex-factory prices are as follow:

In addition to 3-row seating, which is most rare in a mini SUV, the car will be equipped with the following features:

The car will come equipped with electronically powered steering and will have a turning radius of 5.2 meters. The steering wheel has multimedia controls on it and the factory audio unit is a 7″ touch display head unit that supports DVD, USB, AUX, and Bluetooth. The unit will also work with Apple Carplay.

Safety-wise, you will get features such as ABS, Vehicle Stability Control, Traction Control, Brake Assist, and Hill-start Assist. There will be two alloy wheels options: 16-inch and 17-inch.

Let us know about your experience with Daihatsu Terios, and your expectations for the upcoming Toyota Rush, in the comments section below.