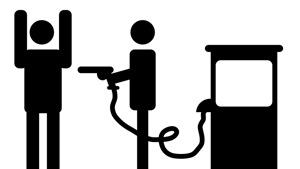 Triple digit barrier will be broken after hike in petrol price

We had previously decided to cease reporting on petrol price hikes by government as they were happening way too often, even after deceiting promises to not raise the prices of fuels by the government.

However, now the government is all set to break the triple digit barrier for petrol after this hike which is said to be 7.68 PKR per liter for normal super petrol which is used more than Hi-octane and is already on ridiculously high price of 126.87 PKR per liter.

OGRA has recommended to increase the prices of petrol by Rs 7.68, High Octane Oil (HOBC) by Rs 7.35 per liter and Light speed diesel Oil (LDO) to increase by Rs 2.79 per liter.

Prices will be increased by April 1st and do not take this as an April fools joke as closure of Pak Arab Refinery Limited and 20 percent increase in the freight margin are the reasons behind this upcoming increase in the petroleum prices.

Moreover, Commissioner Karachi Roshan Ali Shaikh on Thursday said owners of those petrol pumps who shut their pumps down for profiteering, keeping in view the likely increase in petrol prices next month, will be arrested and their station liscences revoked.

“If any petrol pump is found shut, the station will be sealed and its liscence revoked,” said a spokesman for commissioner Karachi.

Is this the best way to ruin a Land Rover with a VW Beetle engine?