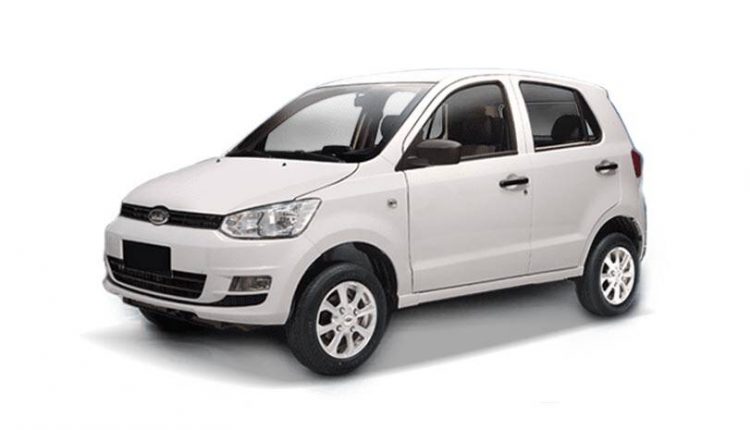 We are back with the expert review of United Bravo, which entered in the Pakistani market in 2018. Suzuki Mehran dominated the 800cc segment for around 30 years; hence, the launch of United Bravo was highly anticipated.

At the time of its launch two years ago, the car had multiple manufacturing, production and finishing faults. In this review, we will tell you how the company has improved the car’s quality and removed the shortcomings in it.

The first thing you will notice at the front is the company’s logo and sleek grille. Moreover, it has crystal front lights along with fog lamps, which is a new addition in 800cc cars in Pakistan. If you observe the overall look of this vehicle, you will see a deep resemblance with VW Golf.

The company has installed 13-inch alloy rims in it, which is also a great feature in this category. The vehicle’s side-view mirrors and door handles are body-coloured. In the initial units of Bravo, there were serious issues with back doors fitting and closing as there were gaps in plastic. Although the company has improved the whole quality, but still you can see uneven plastic parts in the car. 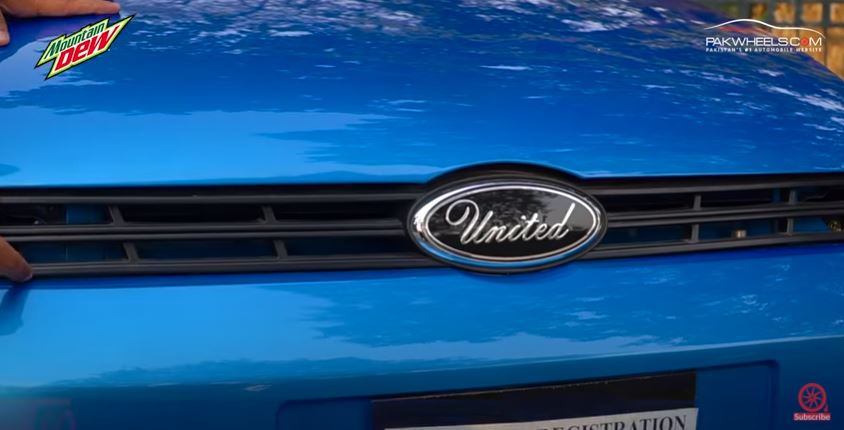 The rear of the car is very beautiful, especially its LED brake lights which gives a great look at night. Additionally, the bumper has fog lamps, which you can switch on very easily. The car also has high mounted brake lamps, shark fin antenna and parking sensors, which all are great features for an 800cc vehicle. We think that the company could’ve given a rain wiper on back screen of the car. 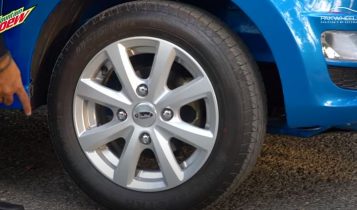 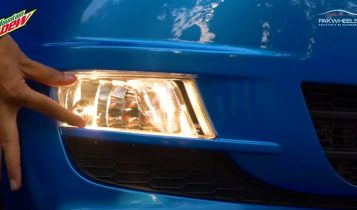 You can open the trunk from a button inside the car. Initially, the company didn’t provide a spare tyre and tool kit with the vehicle. However, the current model has both items, but the boot’s space has compromised due to them. Also, you cannot increase the space in the trunk by folding back seats.

The car has keyless entry with a jackknife, while entry, exit in the front seats very easy with ample headroom and legroom. The cushioning of seats is quite good, but it could’ve been more welcoming. The comfort seats could’ve also been better, especially for longer journeys. 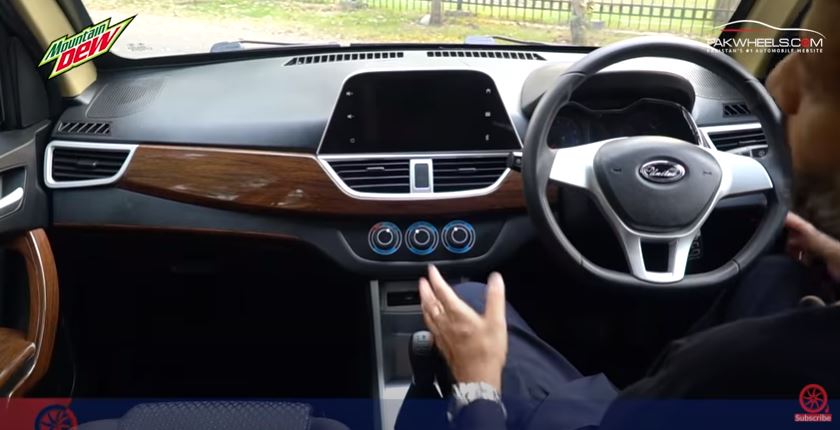 The entry/exit in the backseats is a bit uncomfortable. There is ample headroom at the back; however, legroom is a critical issue on rear seats. Although there are headrests on backseats, but reaching them is quite problematic. The cushioning and comfort of backseats are very soft. It is best for two children, while for adults, it is suitable only for a shorter journey.

The car has power windows, and a good feature in the vehicle is that window buttons glow in the dark, making it very easy to use at night.

The whole look of the dashboard is inspired from BMW 7 Series, 2017 model. The company has used wooden teak and silver color on dashboard, steering wheel and doors. It has a large size infotainment screen with Bluetooth, AUX, SD Card and all other basic features. The Bluetooth connectivity is excellent; however, the sound quality of audio speakers is not at par. You have to get new ones, if you want to enjoy the sound loudly.

Furthermore, the quality of the reverse camera is excellent, along with parking sensors. These two features are great for an economy class vehicle.

If you talk about the build quality, it is almost same as other cars in this category.

The other recently launched car in this segment is Prince Pearl, and we told you that the quality of its speedometer is relatively low. However, the quality of Bravo’s speedometer is very good. It gives you all basic information and features including analogue RPM and speed meter, digital speed meter, fuel average, trips and car heat. Similarly, it also gives you seatbelt warning along with reverse light. 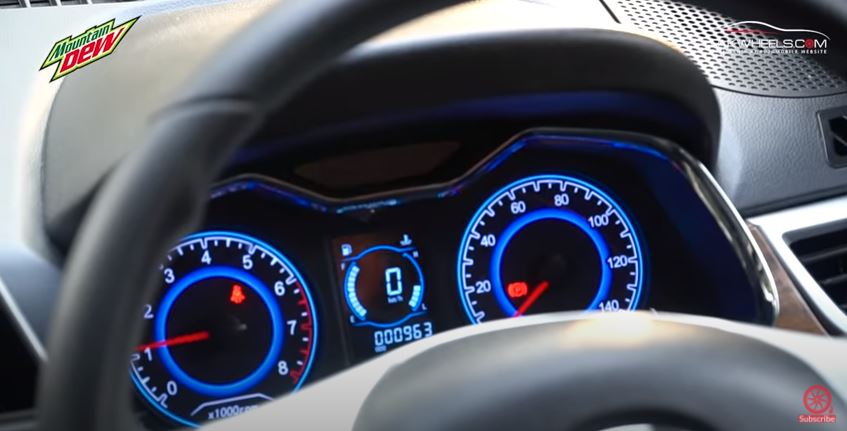 The shape of the steering wheel is very beautiful with grey color shade. The performance of power steering is very satisfactory, especially being a small car.

The AC unit gives an oil look, and it has limited options, i.e., throw only on mirror or passengers. Secondly, there is no light in this panel, and it can be tough to use at night. 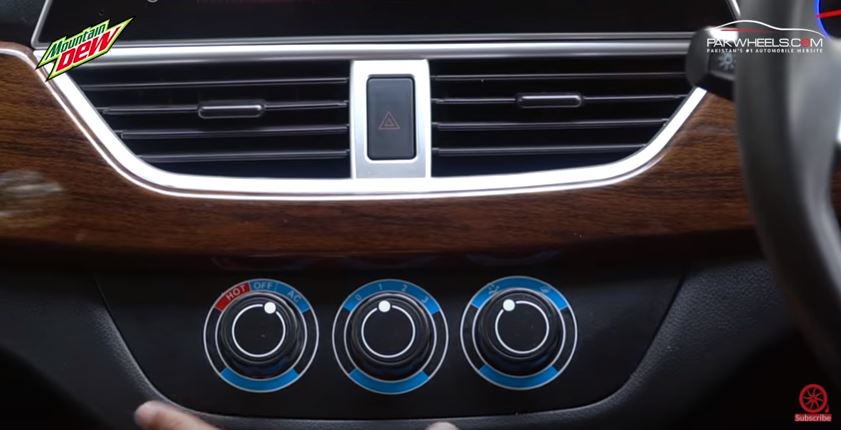 The central console gives a very cohesive look, unlike Mehran, because it is built in one unit. The console has a cigarette lighter, USB and AUX slots. Furthermore, it has push button for the trunk, but its location is very strange because it can open the trunk unintentionally during the drive.

Additionally, the console has cup holders, handbrake, and armrest with storage space. Other then that, you have ample storage space in the doors and dashboard. 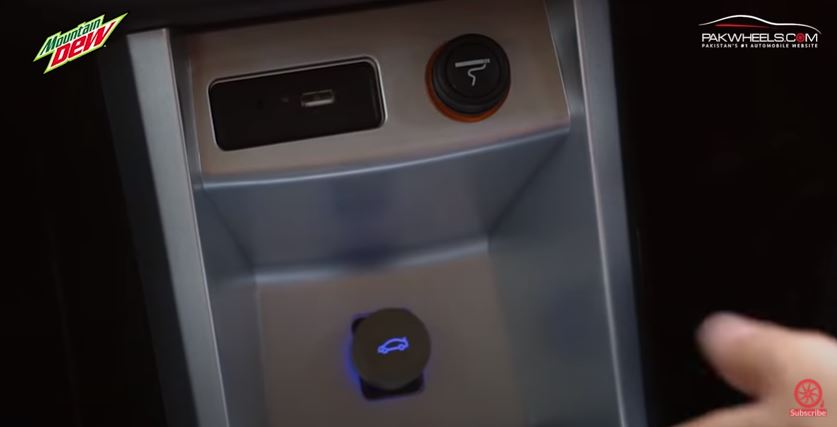 The economy class cars are not for performance; instead, their make primarily focuses on fuel saving. Hence, the car’s drive without AC is good, and you will not feel it is under power. However, as soon as you switch on the AC, the engine starts to grunt and seems it is pushing hard to function. 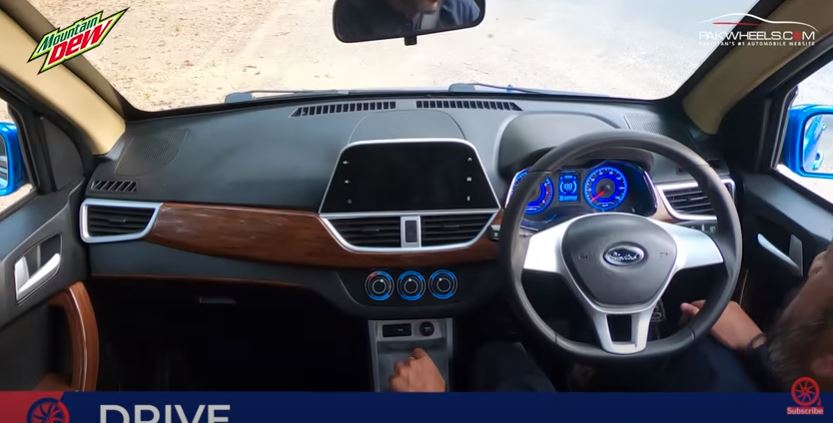 The performance and throw of AC are excellent as we have driven it in extreme heat. Furthermore, the car doesn’t heat up after you switch the AC on. The car heating was a severe issue of earlier cars in this segment.

The car comes with 800cc engine, mated with 4-speed manual transmission. The best aspect of this engine is that it is exactly like Mehran’s engine so that you can find its parts very easily in the local market.

This is the most important feature of an economy segment car. The intracity fuel average of United Bravo is 15.5 kilometers/liter, while the company claims its average is around 18 kilometers/liter.

The car’s suspension performance on potholes is very satisfactory. Furthermore, the car’s road grip and maneuvering are excellent within the city. However, it will have a body roll on highways; hence, we think the car is best suitable for intracity drive.

First the throw of headlights is not good, which can be a serious issue for a night drive. Secondly, in other cars, the steering comes back to its original position after a turn; however, Bravo’s steering doesn’t come back. The company should look into this issue because it is a serious one.

The ground clearance of the car is perfect for local roads, and even with four people, it’s underbody doesn’t hit on speed breakers.

If you compare the price of its parts with Suzuki Mehran, Bravo’s spare parts a bit costly. So, it would be best if you keep this aspect in mind before buying this car.

The car has front disc brakes and drum brakes at the rear. The performance of the brakes is average.

Since the launch, United has improved this car a lot, but still, there are many aspects needed to be improved. However, it is pertinent to mention that Bravo has features like power windows, power steering, floating screen, parking sensors, and reverse camera were earlier not part of 800cc cars. United has taken a huge step by introducing these features in this car.

At the time the launch of United Bravo, its price was Rs 850,000. With an increase in the US dollar rate, the price reached Rs 1.2million. However, after drop in dollar rate in the last few weeks, United has become the first company to reduce its cost by Rs. 100,000. The current rate of United Bravo is Rs1.1 million.