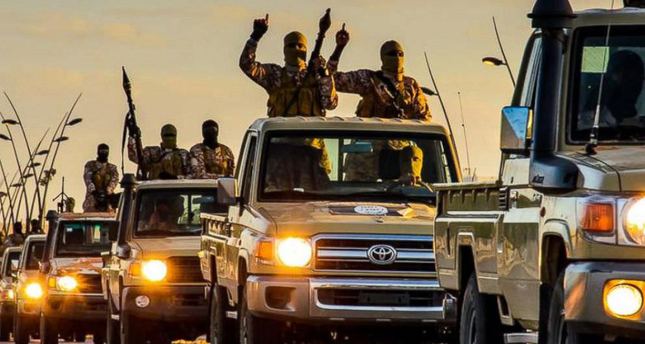 Toyota vehicles are known to be tough and the use of their vehicles like Hilux in war torn regions is no secret. But this time around, United States government is investigating why ISIS has so many of Toyota vehicles, both old and new, and especially the Hilux, ABC News reported. U.S. Treasury has officially asked Toyota to explain themselves in this regard.

Toyota Hilux and Land Cruisers are prominently featured in many of ISIS propaganda videos.

CEO of the Counter Extremism Project and former US ambassador to the United Nations Mark Wallace told ABC News:

“Regrettably, the Toyota Land Cruiser and Hilux have effectively become almost part of the ISIS brand.”

“‘ISIS has used these vehicles in order to engage in military-type activities, terror activities, and the like, but in nearly every ISIS video, they show a fleet – a convoy of Toyota vehicles and that’s very concerning to us.’”

Toyota’s stance is that they follow each country’s laws and regulations where they operate and are committed to help U.S. Treasury about this matter, but it is not possible for them to keep an eye on every buyer who buys their vehicles. Security experts believe, these vehicles are being bought in other countries and then are smuggled to Syria.

“Toyota has a strict policy to not sell vehicles to potential purchasers who may use or modify them for paramilitary or terrorist activities, and we have procedures and contractual commitments in place to help prevent our products from being diverted for unauthorized military use. However, it is impossible for any automaker to control indirect or illegal channels through which our vehicles could be misappropriated, stolen or re-sold by independent third parties. We are committed to complying fully with the laws and regulations of each country or region where we operate, and require our dealers and distributors to do the same. We are supporting the U.S. Treasury Department’s broader inquiry into international supply chains and the flow of capital and goods in the Middle East.”

Watch A Lamborghini Catch Fire On Its Own In Dubai