The recent attention on this publication around the resurgence of the Audi brand in Pakistan is well-deserved. With their A3 sedan being offered with a 1.2L TFSI engine, Audi hopes to turn heads and grab the attention of buyers otherwise dissuaded by Mercedes Benz, BMW, or endless alternatives through the expansive private dealer network. We felt it necessary, therefore, to review the Audi A3 on its merits. We should reiterate on the fact that we tested the US version of the A3, which is not vastly different than the one sold in Pakistan.

It’s worth noting the one (and only) area where this review lacks faithful representation: power. Having not had the chance to drive the A3 with a 1.2L TFSI engine, I can only comment on what I know about the 1.8L , the 2.0L, and the Audi S3 I drove. The 1.8L FWD (Quattro-less) version I drove had some kick to its step, albeit with a bit of hesitation on 3rd or 4th gear highway pulls. 178 horsepower and 0-60 in 7 seconds isn’t slow, but it feels rather ordinary. I assume the 1.2 TFSI with 105 horsepower will be slower, but aptly sufficient for performing its inevitable urban driving duties. I anticipate the same throttle response lag as I felt in the cars I drove here, owing to the drive-by-wire throttle and the turbo lag/foreplay. However, what the engine may lack in power is made up with truly exceptional fuel efficiency, with the combined cycle figure suggesting 20 km/l. In all honesty, that figure blows my mind.

(I won’t drone on about the 2.0 L Quattro and the S3 I also drove since it’s irrelevant altogether, but let me know in the comments below if you want to know how they felt. The S3 with a 40/60 Quattro split is a seriously nutty car and I had a lot of fun blasting around in one.)

The DSG transmissions in recent VW group cars is arguably the best in the business, and the 7 speed S-Tronic box has the ability to impress any driver first introduced to it. It’s a slightly different experience to an old-school torque converter automatic, and bears a bit of explanation as to why. To begin, there is a hastened response in setting-off from a standstill as the clutches engage. This quirk (which is common to all dual-clutch gearboxes from all manufacturers) takes getting used to in slow-moving and stop-and-go traffic. Once moving, all DSG’s are programmed to upshift into the highest gear and save fuel, and the cogs are only kicked-down to the lowest gear possible if the accelerator is mashed, and the kick-down switch is clicked at the end. Drivers also have the option to slide right into “M” and shift the gears themselves (fun), or down into “S” and have the transmission hang through gears longer, an antic familiar to most 15 year old boys.

Ride quality is a significant step-up from the Corollas and the Civics of the world. For one, no Japanese rival available in Pakistan rides with the compliance, handle with sharpness, or cruises as calmly as the Audi A3 on long and short range stints. Bumps and thuds on the road surface feel significantly more pronounced however, owing to what feels like a higher-than-normal compression damping on the suspension. It’s not a particularly sophisticated suspension setup, but with struts up-front and multi-link at the rear (which only comes alive with the Quattro option ticked) result in quick maneuverability. The short wheelbase helps it as well. The A3 feels light because it is light; weight is a little less than 1200 kg, a superleggera figure by modern car production standards.

I liken the Audi A3’s interior to an iPad; a premium feel, with simplicity being the overarching theme. All touch points have a gratuitous leather appointment, though I wish my particular test models didn’t have the all-black interior; I much prefer the chestnut brown. The simplicity is most prevalent in the MMI system. Turn the ignition, and a sharp screen elevates above the circular air vents. Begin playing through the MMI’s functions with the control knob in the center, and one finds the interface surprisingly easy to get used to. I personally take grief with BMW’s iDrive and Mercedes Benz’s COMMAND system, each having become more tedious over time. But much like the iPad once again, it is worth noting the A3’s lack of space (particularly in the back), but this is a small car so it’s forgivable. I forgive it because it has leather, and bad news is always made better with leather.

Does having 4 rings on the hood and trunk, by proxy, make a car into a desirable object? Do we as car-people choose to suspend belief to stroll past the bounds of logic and sound decision-making, and therefore past the Civics and Corollas of the world? Or is it different this time? Is there merit to the new Audi A3 stealing our attention (on the internet and in real life), affording it the limelight, the benefit of the doubt, and therefore bestow upon it the honor of many sales orders?

I kept thinking about these questions while driving the A3 (the S3 didn’t allow me time to think, just react). Though the 1.8L I drove had 178 horsepower, the 1.2 TFSI puts out only 105, and that makes it slower than a Honda Civic. That feels unjustifiable for the price point. “But it’s an Audi”, I thought. And that statement drove me to a decisive conclusion.

To understand the appeal of this car, one must understand its intended demographic. They are young, prefer simple technology, and are picky as car-shoppers. Also, most of them are just stepping into the premium car market. The intended demographic isn’t too far off this mark even in Pakistan, by the way. The consensus reached by observing the buyers of the A3 on Pakwheels forums led me to believe that they are all a relatively younger demographic, well-informed business owners/proprietors, most of whose first foray into the premium car market is their Audi A3. There are good reasons and justifications as to why they didn’t choose a Mercedes-Benz or BMW, and that particular detail is exclusive to all Audi buyers worldwide; their confidence in being the outliers in the German premium car sphere. I’m willing to bet that most of them had the same “it’s an Audi” thought I did, and that statement carries weight as justification. I don’t know why, but it does. Four rings instead of a three pointed star or a propeller is a differentiator here. We’re beginning to see the brand becoming a stronger differentiator for a purchase decision.

I’ve also noticed an interesting phenomenon since the Audi A3 went on sale in Pakistan. I’ve noticed the Pakwheels readership using the term ‘good value’ to describe the A3’s 3.8 million PKR price point. This is curious because 3.8 million PKR is a fiercely large sum of money by everyones standards. But I think the readership is on to something. The value does exist. It exists because no other manufacturer till today has offered this much standard up-sell at this price-point, and the A3 has the potential to become a sales leader for Audi owing to this fact. The cars intended demographic, its price-point, and its hailed status as being the newest newcomer afford Audi the opportunity to leverage their brand to gain a lot of equity in this market. If it is marketed properly to potential buyers, as well as the vast enthusiast community in Pakistan, who are tired with having only 3 brand choices, the VW/Audi group could think of disrupting this market in a serious way.

And this puts Audi in a very secure position. Offering an A3 to a market desperate for change could afford it the opportunity to build brand equity amongst a populous which is deeply brand-conscious, and deeply brand loyal. It gives them the visibility to secure their own position as the sales leading German car company, and I sincerely hope this forces the competition to re-think their strategy in Pakistan. If sales of the A3 remain strong, Audi may be able to prove an untapped reserve of buyers willing to pay the kind of money being charged for the quality being given by a German car.

But I will give a forewarning. Pakistan isn’t as devoid of choice as one may assume, and the 3.8 million PKR price point has put Audi into comparison with cars available from the private import dealer network, all of whom can offer a buyer significantly more choice than Audi may be able to. Buyers of privately imported cars do not mind buying a used car, because it is new and premium to the owner. I realize my view is subjective and greatly varies based on choice and whether a buyer wants 0 km on the odometer or 5-10,000 km, but consider this: most car life cycles are 5 years, and Pakistani import restrictions do not allow cars older than 3 years, hence importers bring in current models and sell them for less than the manufacturer. The odometer reading isn’t of much concern if a high-grade vehicle is imported.

I welcome Audi’s A3 into the Pakistani market. I look forward to seeing how it fares, and I hope it entices the likes of Volkswagen or Skoda to consider the Pakistani market feasible for entry. If it sells well, the A3 may just be the catalyst to a wave of German cars into Pakistan, finally offering respite from the Corollas, Civics, and Suzuki’s we’ve become numb to.

I just hope someone in management is thinking the same way I am? 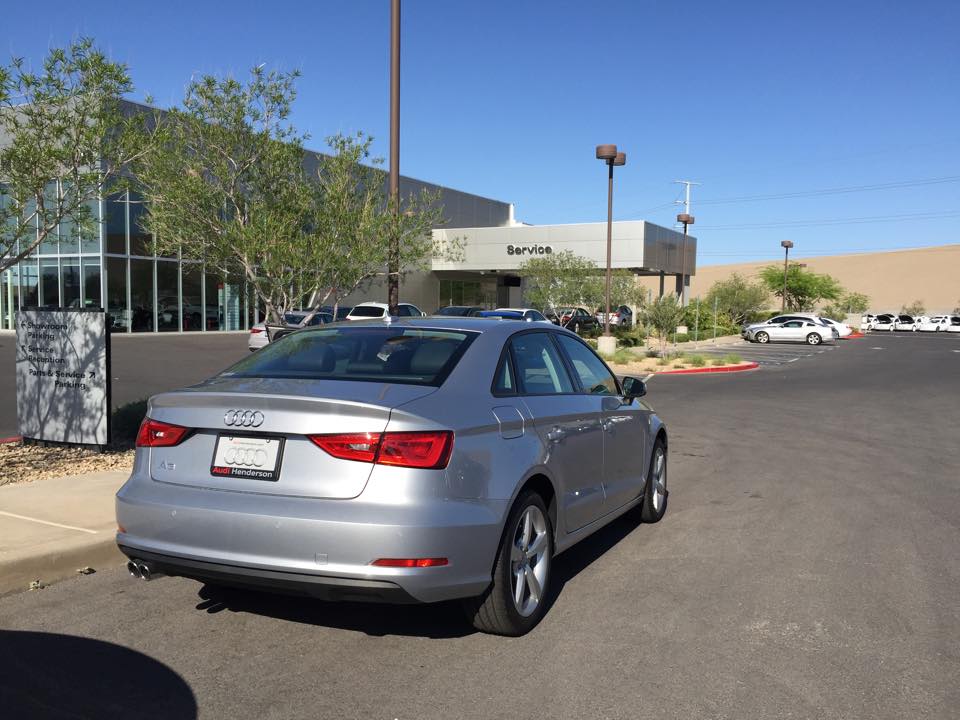 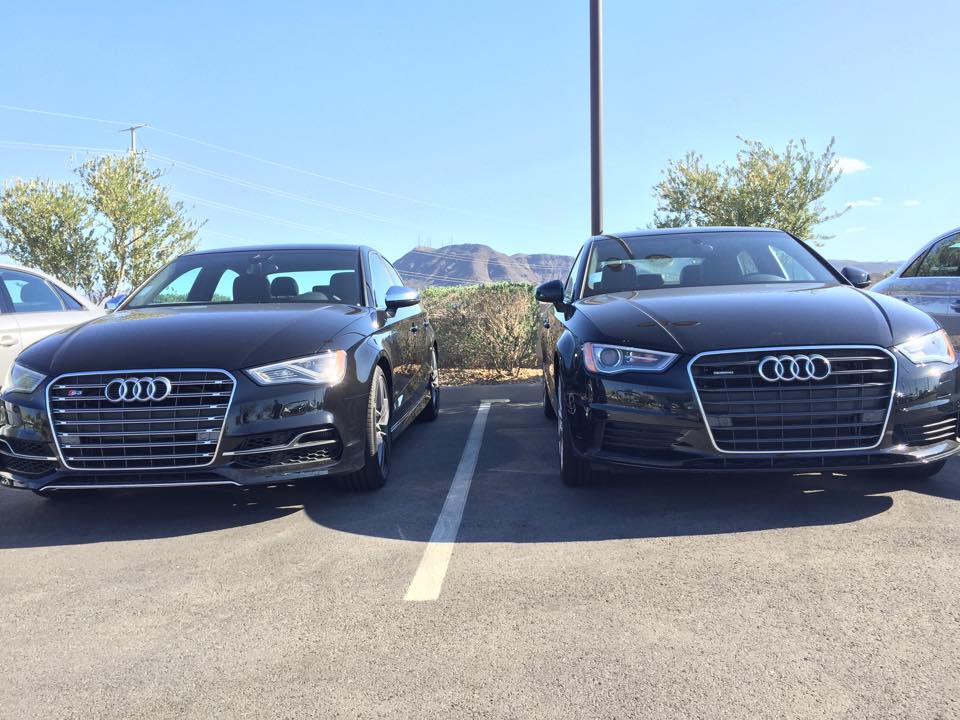 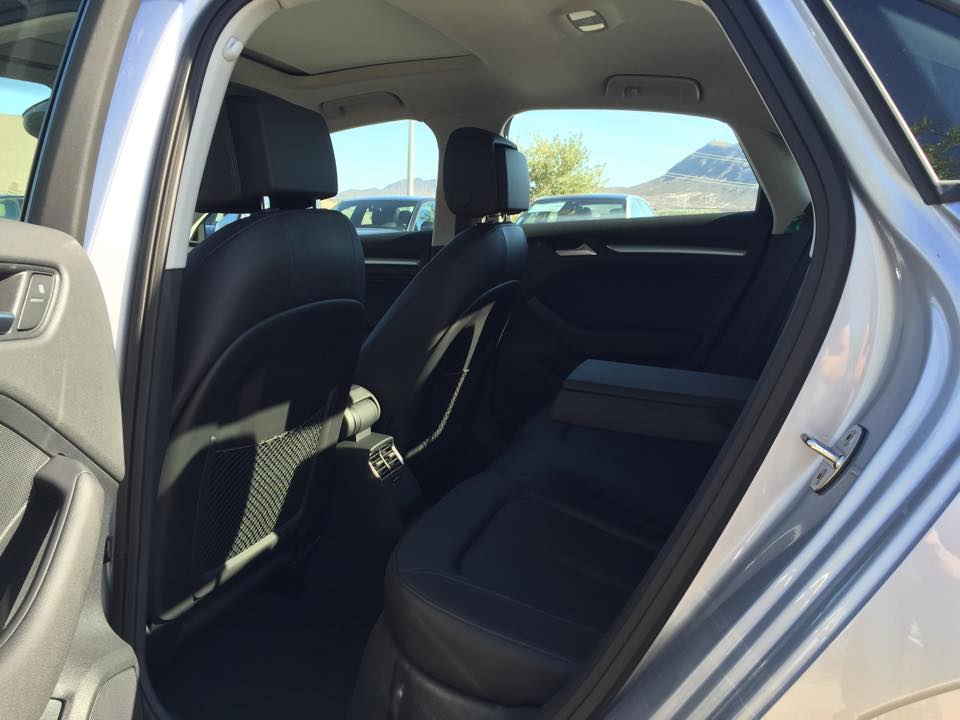 Android Auto Is Available For Download But There’s A Catch