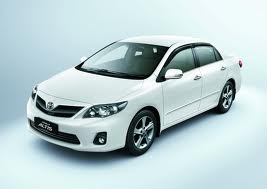 Although government had announced late last year that the automakers should prepare and switch over to Euro-II emissions standards by July 2012 however, Indus Motors was short-sighted in making the necessary change to bring Corolla to match the Euro-II standards and thusly, had to increase the prices overnight when the deadline of July to switch over to Euro-II standards had passed and companies hastily switched over to the new Euro standards which sent the customers, who had booked their cars on pre-increase prices, into a shock from which 1800 customers decided not to return and asked for a complete refund.

The point here to understand is that Indus Motors does not begin assembling a car unless it is booked, so once a customer has booked their car, Indus Motors begin to assemble it but when they increased the prices overnight, customers weren’t happy and wanted a refund although the cars were already built and shipped.

Indus Motors had to entertain the refunds because customers had booked on prices long before the 75,000 PKR rise came into effect and there was no way, anyone was willing to pay the increased difference to Indus Motors, and dealerships had to return 1800 cars back to the factory.

What exactly did they change to bring their cars on Euro-II emissions standards?

Nothing! Because the Corolla in Pakistan is the same car available across the world, even in countries where they are using Euro-IV or V standards, because of this diversity in emissions compliance standards, automakers develop one engine for the world but to match the emissions standards practiced in the world, they only add or subtract or use a inferior or superior catalytic converter according to the emissions standard requirements of the respective country.

So did Indus Motors as well. It added only a catalytic converter which had been lying in the factory for a long while since the day Government had announced that local auto assemblers move over to Euro-II standards. And when Pak Suzuki switched to Euro-II standards before Indus Motors, and the later being the leading in luxury (sort of, in Pakistan), had to do the same very fast.

Technicians went in the warehouse, came out and fitted all Corollas with Catalytic Converters and the management consequentially announced the increase of 75,000 PKR the other day.

The unhappy customers didn’t want to pay the extra 75,000 PKR and since Indus Motors had not warned them beforehand, they had to entertain the refunds sending 1800 units produced back to the factory.

With 1800 units returned, Indus Motors could not continue on producing more units, and had to empty out the lot (returned) first.

The company has been completely shut for eleven days and it began producing for a few days after which, it will again shut down indefinitely in few days according to our source who works in Indus Motors.

Coming back to the case of Catalytic Converters and the 75,000 increase in price, we did a little research and tried to look up the actual price of a Catalytic Converter for the Corolla so we can justify the price and, we haven’t been able to.

The price? According to our google results, the after-market Catalytic Converters for 2012 Corolla made by Magnaflow was priced at 235 USD, converted into Pakistani Rupee, its comes around at only 22,000 PKR. Only 22,000! And the price increase is 75,000!!!!!

It isn’t justified at all, because, as you all know, bulk buying which such big manufacturers do will bring the OEM Catalytic Converters even cheaper.

If you know the actual price of the Catalytic Converter fitted in the Euro-II Corolla, than leave the price in the comments below with a source.

Moreover, Indus Motors had been producing and selling in record numbers this year (2012), even though Suzuki has had a blow but Indus Motors kept on improving on sales until they increased the prices and customers didn’t accept those prices which resulted in 1800 cars being returned and thusly, forcing Indus Motors to shut down so they can sell those 1800 cars before they start producing more.

Indus Motors improved its sales by 13% owing to higher sales of Corolla, the country’s highest selling car. Corolla sales jacked up 17% in April amid launch of new variants by the company in its 1,600cc segment.

Indus Motors’ management’s short-sightedness is only to be blamed for the 75,000 price increase and the closure of the company as they didn’t respect and follow the government’s order passed last year.