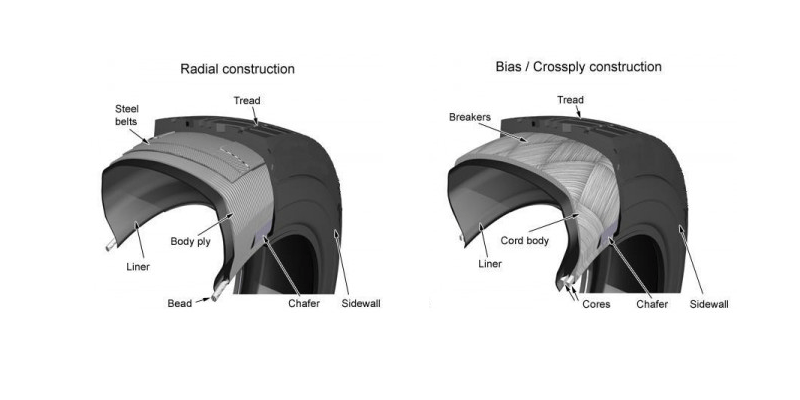 We’ve all heard of radial tires. Radials were first patented in 1915 by Arthur W. Savageway and later the Michelin brothers (Andre and Edouard) started further developing and researching and came up with first market-wide radial tire back in 1946. But what many people might not know that before glorious days of radial, even now, there were tires known as ‘bias ply tires‘. Motorcycle tires still use bias ply tires and so does heavy load bearing vehicles like trucks etc.

When tires are made, a series of plies of cord reinforces a tire. Otherwise a tire would be flexible and weak. Today almost every other tire is a radial, but believe us when we say they used to be considered something only a performance oriented person would have in their car. They were kind of exotic. Tires in the cars of yester-generation were ply cord constructed tire; the basic layout of the pneumatic tyre since the heyday of the bicycle.

The construction of bias ply tire was simple. The fabric (usually polyester, nylon or rayon) was built up on a flat steel drum, and cord were laid at an angle of 55 degree from the direction of travel, bead to bead. 55 degree from left to right, and then 55 degree from right to left. Basically layers criss-crossed over each other. It was also known as cross-ply tire. Underneath the tire, they had rubber tube filled with air to keep the tire inflated. 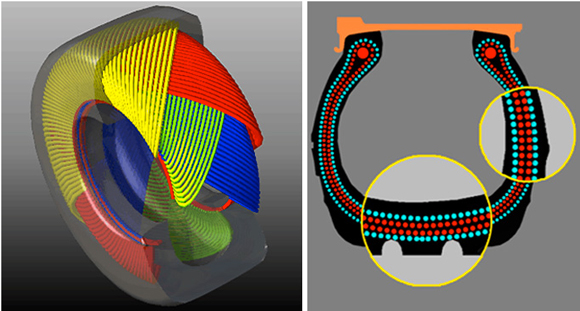 Bias ply tires have their advantages and disadvantages. One major benefit is the cost. They are cheap to make, simple as that. And very good under heavy load conditions, hence their application in heavy duty truck and tractor tires. As for disadvantages are concerned, they have their fair share of those as well. They get heated, and don’t shed heat as quickly, making them unsuitable for high speed travel. And also they are very stiff due to the fact that all the plies run from sidewall to sidewall. Its like a one piece of rubber, and it lacks the ability to localize the impact of road surface. Sidewalls are as thick as the rest of the tire itself, it dumbs down the ability of sidewall to react quickly to bumps and humps of the road. All sidewall flexing is transmitted to the tread. Also since they are heavy compared to their counter part radial tires, they are heavy on fuel as well.