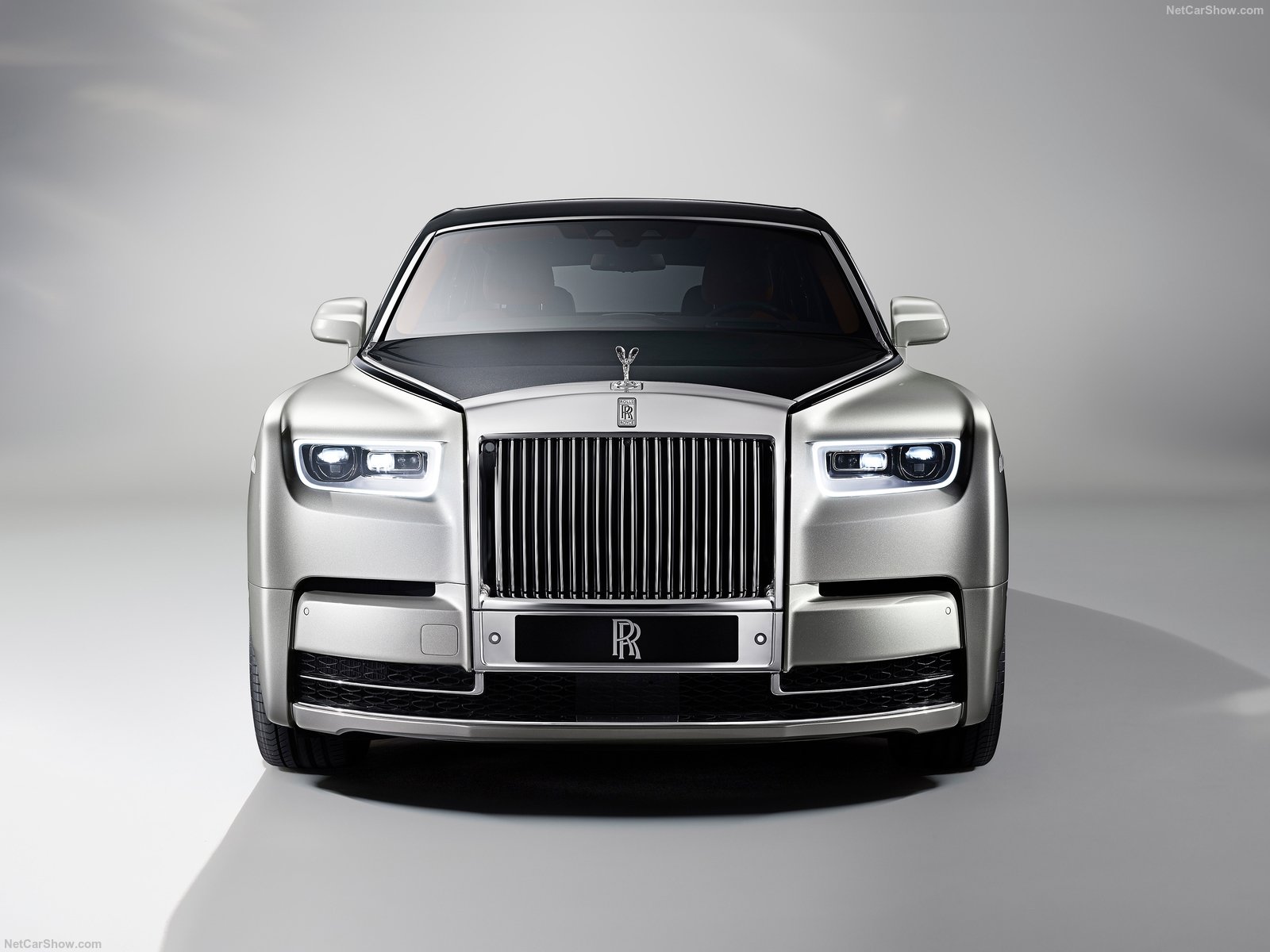 Rolls Royce has been the stable of luxury cars for the past few decades.Rolls Royce’s current flagship vehicle the Phantom has been on the market for over 15 years now, and it is finally the time for Rolls Royce to introduce its replacement with the brand new Rolls Royce Phantom VIII. 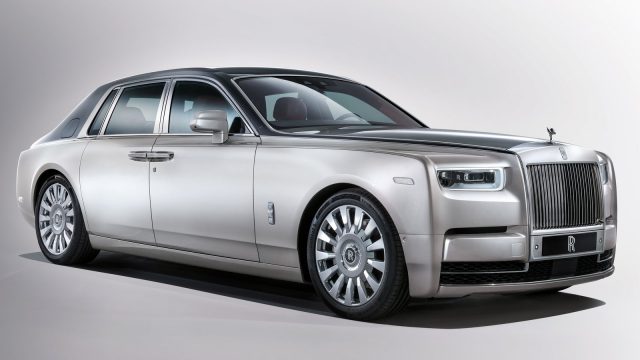 Rolls Royce’s of old have been known for their extremely opulent but classy design. The company has almost never tried to follow styling trends but instead have defined their own design philosophy, making them instantly recognizable as Rolls Royce products. With the new Phantom VIII, we get a brand new concept car like design language that many would argue is probably one of the best-looking luxury cars ever made. The new Phantom V111 retain its classic Rolls Royce design with an oversized grille with vertical slats upon which the famous spirit of ecstasy resides. The lines of the 2018 Phantom are much smoother and sleeker than before which really do well in hiding the cars overall mass and size. The Phantom VIII is built on a completely unique all aluminum unibody architecture, this will become the foundation of all new Rolls Royces of the future. The platform will be flexible enough to scale to any sort of future models that Rolls Royce has in plan and can even accommodate different sources of propulsion including an all electric Phantom VIII in the future. 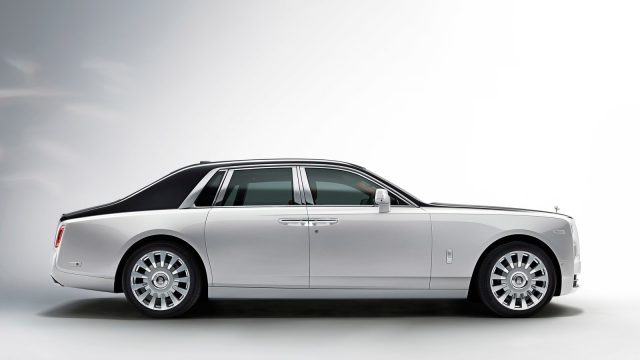 The new chassis of the Rolls Royce Phantom VIII is 30% stiffer than before and a fair degree lighter which should make for an even better experience with what Rolls Royce describes as its historic magic carpet ride. The new Phantom VIII is also acclaimed to be over 10% quieter than the previous generation Phantom VII. a car that was already extremely quiet, so don’t be alarmed if you can actually hear your heart beating in the latest Phantom. Housed under the bonnet of the Phantom VIII is a 6.75-liter V12 with newly added twin turbos that push out 563 bhp and 664 lb-ft of torque. 0-62 mph happens in 5.2 seconds something that is deeply impressive for a vehicle that weighs in at nearly 3 tonnes and the top speed is limited to 155mpg. Coupled with a brand new suspension system we also get four wheel steering with the Phantom VIII which should make it easier to maneuver the luxury barge through tight spaces and corners. 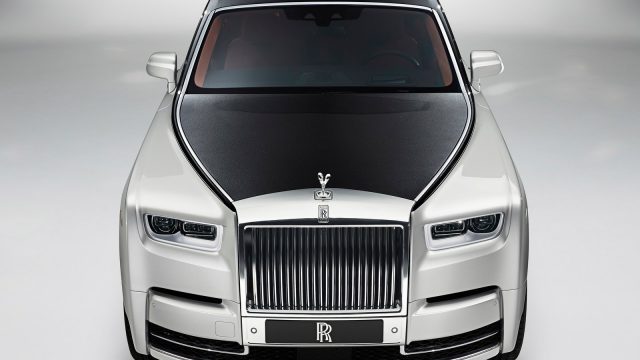 But as we all know the main attraction of every  Rolls Royce’s is the interior, with the Phantom VIII we get the same basic design as the previous generation Phantom with a whole host of updates and new features that bring the Phantom into the modern era. The main new feature with this generation is surprisingly in the front of the interior where there is a full glass panel that stretches the width of the cabin encasing the infotainment system and what Rolls-Royce is calling “The Gallery.” Customers can have bespoke artwork designed to be fitted behind the glass to be on display adding an even greater sense of personalization into the Phantom VIII. The old fashioned manual dials in the instrument cluster have now been replaced by a high-resolution screen. You get brand new seats in the rear that feature an almost infinite array of customization with heated arm rests and they can even recline into a new mode called sleeping seats. With all that you still get the amazing starlight roof, excellent build quality, superb comfort and an almost limitless array of customization to make the Phantom VIII truly your own unique masterpiece. 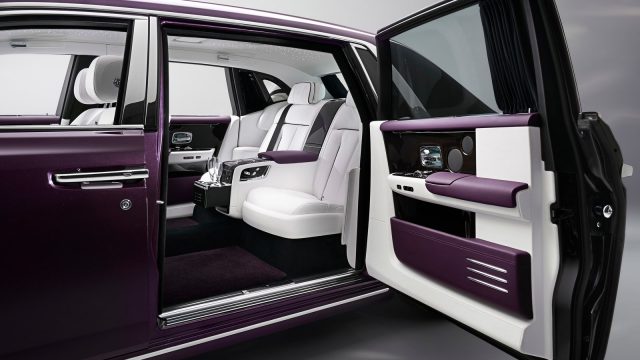 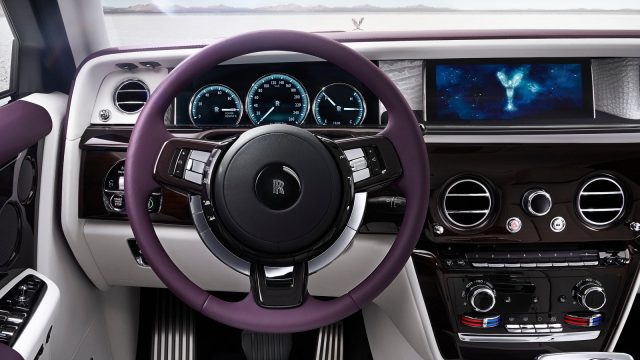 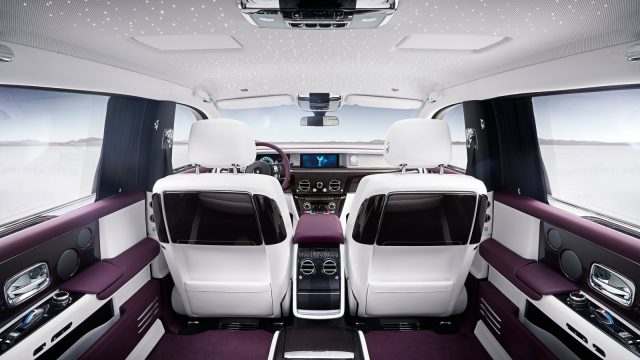 The U for all Unstoppable and Successful SUV – Toyota Land Cruiser