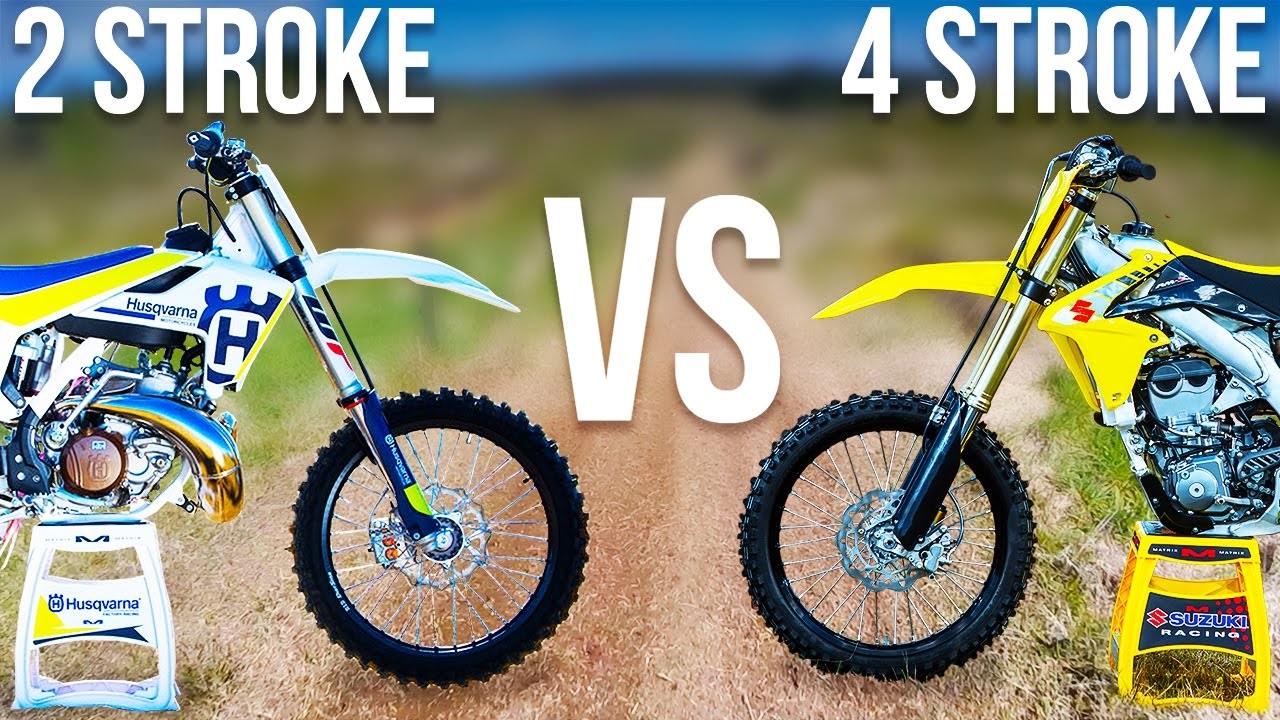 4-Stroke vs 2-Stroke engine – All you need to know!

We have seen how technology has advanced and how engines have been made into much more efficient ones. From prehistoric diesel engines to current highly sophisticated common rail engine, from 2-stroke to modern 4-stroke engine, and now even variable compression engines, all are a step forward towards better and more efficient internal combustion engines.

In this blog, we will be discussing 2-stroke vs 4-stroke engine models. If you are in the 30s, you must remember old 2-stroke Yamaha bikes, or the low-roof Suzuki carry van, both of which used to make a lot of noise, and a lot of smoke. Those were the days of 2-stroke engines. But do not think that 2-stroke is a thing of a past. These engines are still widely used in various applications. The needs have, however, changed. The efficiency of an engine has taken priority over a lot of other things.

But efficient or not efficient, for an engine to work properly, it has to undergo a complete combustion process. This process is sub-divided into four processes. Now, these processes can either work in parallel (one or two in parallel) or can be individual, depending upon the type of engine. Let us see what these are and how they work:

What is a Stroke?

In order to know what these processes are, one must know what a stroke is. A stroke is a distance a piston travels in the combustion cylinder as it moves from the top dead centre (TDC – the topmost point of the working area of a piston) to the bottom dead centre (BDC – the bottom most point of the working area of a piston). Basically, a stroke can be said to be the number of time a piston moves in the cylinder. So if the piston travels four times in the cylinder, it is a 4-stroke engine. And if it travels only twice, it is a 2-stroke engine. In a four-stroke engine, the crankshaft completes two revolutions while in a two-stroke engine, the crankshaft only rotates once, per cycle.

The four processes (or strokes) that occur during combustion in any type of engine are as follows:

– This stroke begins at TDC and ends at BDC. In this stroke, the intake valve must be in the open position while the piston pulls an air-fuel mixture into the cylinder by producing vacuum pressure in the cylinder through its downward motion.

– This stroke begins at BDC or just at the end of the suction stroke, and ends at TDC. In this stroke, the piston compresses the air-fuel mixture in preparation for ignition during the power stroke. Both the intake and exhaust valves are closed during this stage. 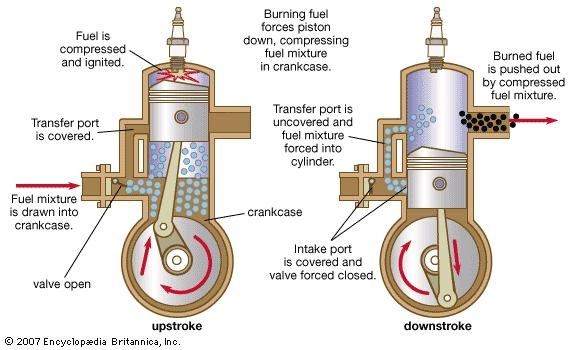 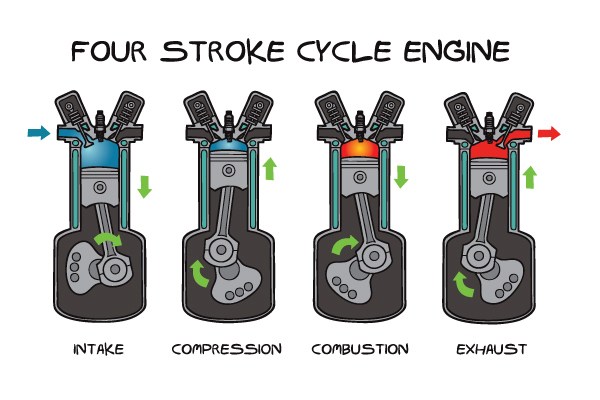 Differences between 4-stroke and 2-stroke Engine:

Pros and Cons of a 4-Stroke Engine:

Pros and Cons of a 2-Stroke Engine:

For all the old petrolheads who have driven 2-stroke engines, what do you guys say? Do you still miss those, or it’s a good thing they are not as common now as they used to?

Let us know in the comments section below.