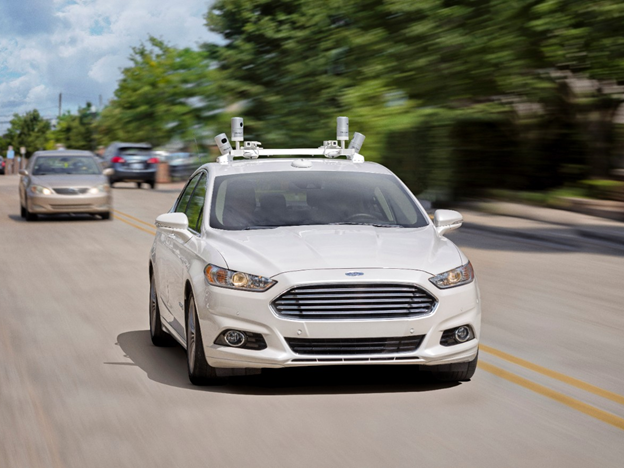 The next decade will be defined by automation of the automobile, and we see autonomous vehicles as having as significant an impact on society as Ford’s moving assembly line did 100 years ago, said Mark Fields, Ford president, and CEO. “We’re dedicated to putting on the road an autonomous vehicle that can improve safety and solve social and environmental challenges for millions of people – not just those who can afford luxury vehicles” he further added.

Let me enlighten you one more thing that they are changing few things in their making of this autonomous car which is that it will be an SAE level four which means the car is self-controlled in all situations but with few exception such as bad weather.

Ford’s head of this grand project Randy Visintainer has said that “It will be a nice experience for us and we know that people will be hesitant to use this new technology, but it will be an educational venture for us to guide people to future”.

Ford has made contracts with different companies to create this grand project of theirs into reality just like its rival companies have made pacts with other companies to manufacture their cars such as General Motors spent $1 billion to purchase Cruise Automation. Meanwhile, Toyota invested in Uber. Ford made a potential partnership with Baidu Inc, the Chinese Internet syndicate, announced that both the companies will be investing in Silicon Valley giant Velodyne to get sensor they need for the car. Ford also made contracts with SAIPS an Israel-based computer vision and machine-based learning to enhance its artificial intelligence in the car so that the car should be more aware of the surroundings and make accurate decisions.

As a Ford lover, I would love to witness this new autonomous car that they are making and hopefully, it will create a stir in the automobile industry and tackle all its opponents with massive reach to the consumer. That’s all folks.

Want to Increase Your Car’s Mileage? Read these Tips!

Steps That can Boost Automotive Industry of Pakistan in the Future