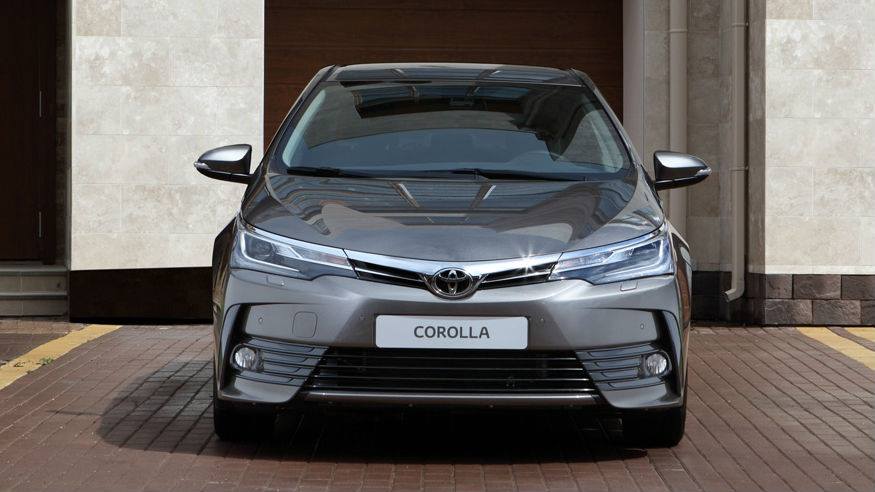 If you’ve been looking to buy a new car in the range of   15-20 lac PKR then you have come to the right place. Here is a list of some of the most popular motorcars you can buy in Pakistan within the 15-20 lac PKR price range

The 5th Generation Honda City was introduced in 2009, which means a whopping 8 years of production life. Honda City is available in two engines, a 1.3 Liter Inline-4 or a 1.5 liter Inline-4 producing 100bhp and 120bhp respectively. With the 5th Generation Honda City, you get a relatively good looking sedan, with modern design, relatively small exterior dimensions, a spacious interior, spacious boot, decent ride and above all good fuel economy. Features on the higher end (Aspire variants) of Honda City will get you alloy wheels, front fog lights and satellite navigation as standard. With the base model, you get air conditioning, power windows, power steering, power door locks, 2-speaker stereo audio system, trip computer, cup holders and a tachometer as standard equipment. You can buy a base 1.3 liter Honda City for around PKR 16.5 lacs while a fully loaded 1.5 liter Aspire with the automatic transmission will run you around PKR 20 lac. 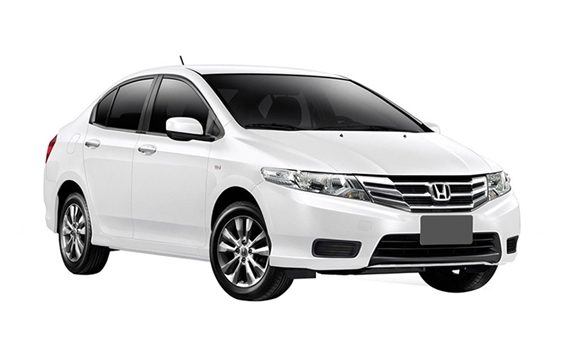 The 3rd Generation Toyota Vitz was introduced all the way back in 2010, the 3rd Generation Vitz features a brand new more modern design language with an updated interior and advanced safety features compared to its predecessor. The Toyota Vitz features a diverse range of engine options that includes 1.0 liter Inline-3, a 1.3 liter Inline-4, and a 1.5 Liter Inline-4, producing 71bhp, 84bhp, and 110bhp respectively. Each of these engines come equipped with a 5-speed manual transmission with an automatic variant being offered as well. The interior of the features a decent amount of room both in the front and rear with a decent boot that can be expanded by folding the rear seats down. The Vitz s instrument cluster houses simple basic dials with a speedometer, trip computer with a small display and fuel gauge. It features manual air conditioning, traction control, power windows and mirrors that are electronically retractable, multiple cup holders as well as a touch screen infotainment system. On the higher end variants, you can get features such as heated front seats, climate control, and cruise control. The 1.0 liter 3 cylinder variant of the Toyota Vitz with around 20,000km can be had for around 15.5-16 lac PKR. 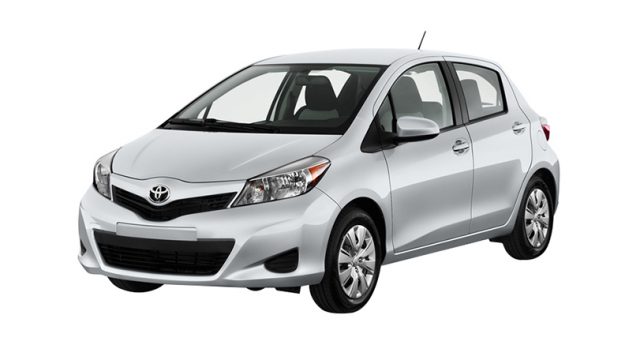 The Toyota Aqua was introduced in 2012, the Aqua is basically a smaller and less-powerful version of the larger Toyota Prius. It is currently also considered as one of the best-selling vehicles in Japan as of right now. With the Toyota Aqua, you get a fairly spacious front wheel drive hybrid vehicle that produces around 100bhp, has decent acceleration due to the instant torque from the electric motor and gives great fuel economy anywhere in the range of 20-25km/l. The Aqua also comes equipped with some decent features such as a full digital dashboard, an ECO mode button as well as an EV button that allows you to drive on electric power only, push start ignition, cruise control, power mirrors that are electronically retractable, 7 inch touch screen infotainment system with a 4 speaker stereo system and a reversing camera, multiple cup holders, power windows as well as ample interior storage space. You can find a  Toyota Aqua driven less than 50,000km  for close to 17.5-18 lac PKR. 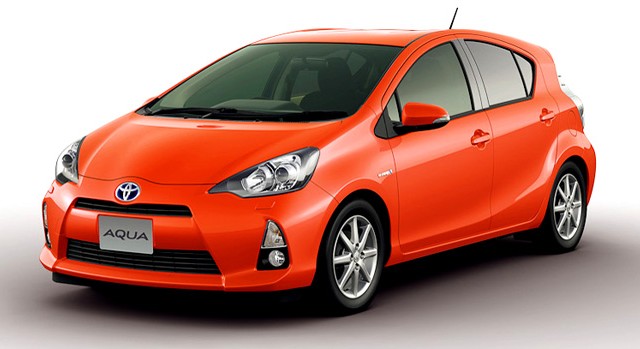 The 3rd Generation Honda Fit Hybrid was introduced in 2014. The Honda Fit is a mid size front engine hybrid hatchback also known as the Honda Jazz in other areas of the world. The Honda Fit features a fairly decent sized interior with good legroom and headroom in both the front and rear seats as well as a spacious boot. The Fit also features a fairly unique and elegant design language with aggressive design cues that allows it to stand out from the sea of hatchbacks within the market. The Fit houses a 1.5-liter engine paired with an electric motor that produces 109bhp and returns excellent fuel economy in the region of 20-25km/l. Standard features on the Honda Fit Hybrid include climate control, cruise control, keyless entry, a multifunction steering wheel, push start ignition, a 160 watt 4-speaker stereo audio system and a 5-inch touch screen infotainment system. A 3rd Generation Honda Fit Hybrid will generally run you around 18-20 lacs for an example with the decent mileage, while the more powerful variants will run you over 17 lac PKR. 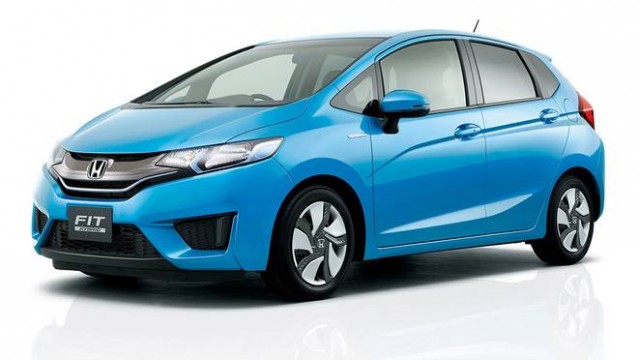 The 11th Generation Toyota Corolla was launched in Pakistan in July of 2014, the Toyota Corolla remains to be one of the most popular cars in Pakistan. The 11th Generation Corolla just had a facelift that was revealed by Toyota Indus just a few days ago. Within this price range, you can buy a new facelifted Toyota Corolla XLi that starts at around 17.5 lacs or the new facelifted Toyota Corolla GLi that will start at nearly 19 lacs. While standard features for the facelifted GLi and XLi have not yet been revealed it’s safe to say that we can expect features such as power windows, air conditioning, the new trip computer and the updated instrument cluster. If you want to skip the long wait list for a 11th generation facelifted Corolla, looking to buy a used Corolla then you can actually get a Corolla Altis 1.6 with under 50,000km for around 20 lac PKR. 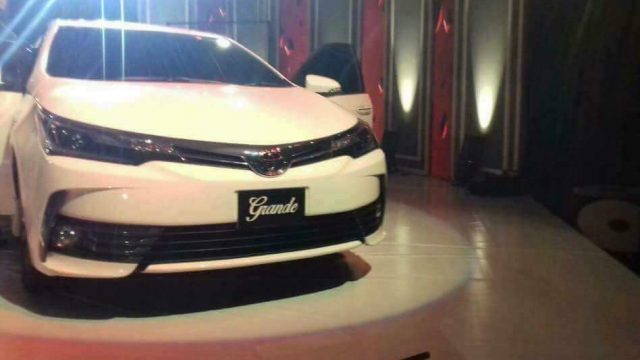 The 9th Generation Honda Civic was introduced by Atlas Honda into Pakistan in September of 2012.The 9th Generation Civic featured a more subdued design language compared to its predecessor and was the flagship vehicle of Honda until 2016 when the tenth generation Civic was announced. With the 9th Generation Civic, you get a 1.8-Liter Inline-4 engine that produces 141bhp mated to a 5-speed manual as standard or an optional 5-speed automatic. Standard features on the 1.8 i-VTEC include air conditioning, power door mirrors, power windows, power lock doors also featured with a 4-speaker stereo audio system. Features on the higher end Oriel includes alloy wheels, front fog lights, leather upholstery as standard and a sunroof as standard. Options include a sunroof, electrically retractable door mirrors, cruise control, satellite navigation, automatic climate control and leather upholstery. The 9th generation  Honda Civic also features a fairly roomy interior that is both comfortable and quiet. You can have a 9th gen fully loaded Oriel Prosmatec Civic for close to 20 lac with around 60,000km or a less feature rich version for closer to 19 lac PKR. 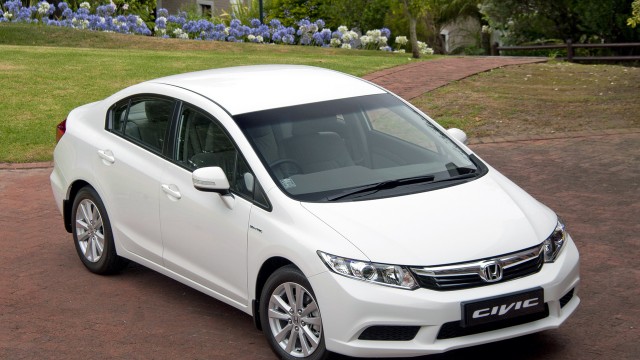 Here’s a vehicle that you might not have suspected at all to make the list but within this price range you can actually buy what Honda markets as a “hybrid sports car”. The CR-Z was introduced in 2010 as a front engine hybrid front wheel drive sports car. The exterior dimensions of the CR-Z are fairly small while the design language still manages to look relatively modern and sporty even today. Housed under the bonnet is a 1.5 Liter Inline-4 coupled with a hybrid drive train that produces 120bhp, it comes mated as standard to a 6-speed manual and was also offered with a 7-Speed CVT automatic transmission with paddle shifters. Standard features on the CR-Z included 6 airbags, a 4 speaker 2 tweeter stereo speaker system, keyless entry, cruise control, automatic climate control, power door mirrors, multi-information display and a multi-function steering wheel, you could also spec satellite navigation as an option. Today you can buy a with around 60,000km for 17.5 lac PKR. 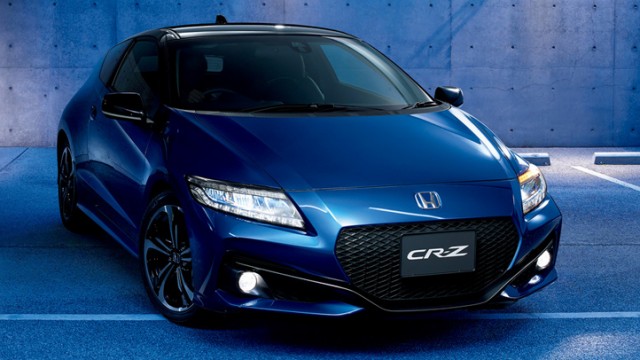 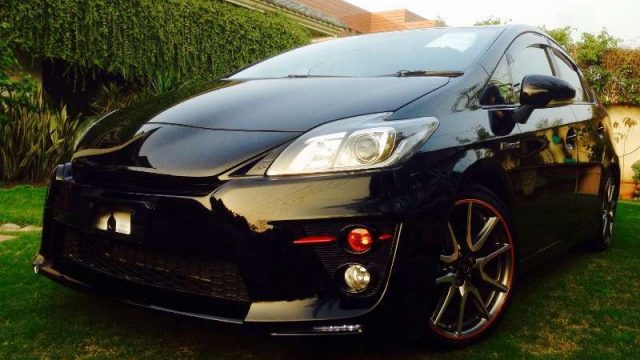