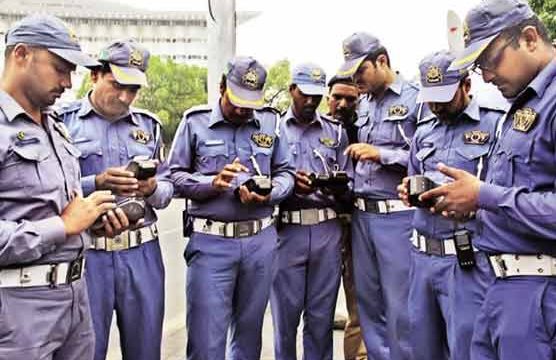 After a long debate and trial testing, Punjab Safe Cities Authority (PSCA) has finally officially implemented the E-Challan system in Lahore with effect from today. The provincial capital is targeted for this system to control the growing number of violations across the city. The warning boards have already been displayed by the PSCA all around the city stating “E-Challan has been started in Lahore” to inform the citizens of Lahore to adopt careful ways of driving. The operation of the e-challan system will be monitored and operated from the PSCA’s electronic ticketing center in collaboration with the traffic police of Lahore under the compliance of Motor Vehicles Ordinance under Section 116-A of traffic rules. PSCA is looking forward to implementing the similar system in all parts of Punjab. Moreover, every violation has been stated with a specific amount of fine to be charged from the violator.

The authorities will hold the right to cancel the driving license of any violator of traffic rules. The cancellation of the driving license could extend from three months to a maximum period of 2 years. These violators will be pointed out with the help of modern CCTV cameras installed by PSCA, operating throughout the city. These cameras provide a real-time data of the violators of traffic rules that help in identifying the vehicle.

Where to deposit violation challan?

The time associated with depositing a violation challan is 10 days. In case of not submitting the challan within the specified time, it may get doubled. Those who are found violating the traffic rules frequently could get their vehicles confiscated by the Police. Failing to submit the challan regularly would also lead to the same confiscation.

The e-challan generated with the help of CCTV cameras along with the pictures of violating vehicle will be sent to the vehicle’s owner at his/her postal address through Pakistan Post. An amount of Rs.50 charge by Pakistan Post will also fall in the account of the violator.

After the orders of Lahore High Court, the City Traffic Police will be beginning to impose heavy fines on not wearing a helmet while riding a motorbike. Initially, the system will issue tickets in and around 20 points set by the police at the famous Mall road in Lahore.

The suggestion of rising fines by IGP Punjab:

According to a rough estimate, there are around 6000 violations of traffic rules on every day basis in Lahore. To discourage the growing number of traffic rules violators, the Inspector General of Police (IGP) Punjab has suggested an increase of 2000% on challan fees in Lahore. On approval of this suggestion, a fine of Rs.1000 could go up to a sky-rocketing Rs.20000. The suggestion says that the motor vehicle owners should be charged an additional 2000% fine whereas 1000% fine for the motorbike owners.

The suggested/reported list of the fine amount of each traffic violation is as follows:

Share your opinion on this progressive story in the comments section below.