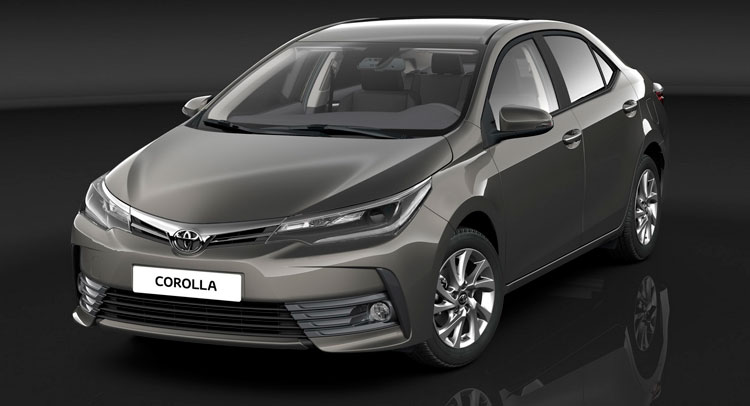 When it comes to cars like Corolla and Civic, everyone gets excited to know something new about it. The current generation of Corolla is in the 11th generation. Corolla is Toyota’s bread and butter with sales in over 150 countries that contributes a total of 20 percent of sales of the entire company. According to Toyota, there are 16 plants around the world where Corolla is manufactured or assembled. Toyota is celebrating 50 years of Corolla existence this year as well. The 11th generation is out for three years now and has been a complete hit. Not only for its US model but the European model is selling like hot cakes too. On the other hand, the 10th Generation Civic has taken over the limelight for now, though we still are not blessed with it in Pakistan as yet. Toyota was working on bringing some face-lift to the current generation of Corolla and Spy Shots were circulating on the web for quite some time. Today, European side of Toyota operations released some pictures for the anticipated face-lift.

At first glance, you will hardly find any changes. But there are new LED taillights with chrome trim as well as the new chrome door handles. At the front, there are new LED headlights with updated chrome grill. Other than that, there are new 17″ alloy wheels. There are no changes as far as the engine or other layouts for the interior. The most impressive change or upgrade is the availability of Toyota’s “Safety Sense System”. The system includes active safety features like lane departure alert, pre-collision system, road sign assist and automatic high beam, which dip low automatically from high for oncoming traffic. Apart from this no new details are available as far as this face-lift is concerned. For current Corolla owners, this face-lift will not be something bothering as there are not any extraordinary changes at all but overall it will be disappointing. The European version will go on sale this Summer.

In North America, Toyota is celebrating the golden jubilee anniversary with the release of limited edition Corolla as well as updating the Corolla. By limited means, only 8000 of such limited units are to be available to customers.

As far as the facelift is concerned; the exterior for the US model gets new BI-LED headlights with a revised front fascia with a new grill and vertical slim fog lights, this makes the car more aggressive looking than the regular model. On the interior, the upgrades include new seats and an upgraded 7″ multi-media system with a premium audio system. Toyota app connectivity E-tune will be standard along with navigation. All limited editions will be getting standard safety systems like Pre-collision system with pedestrian detection function, Dynamic radar cruise control, Lane departure alert with steering assist function as well as Automatic high beams. New 17″ rims will be a standard feature in the limited version. There are no changes as far as engine or transmission.

Toyota also shared a new website: ‘Corolla50‘ where Corolla owners can share their stories. I am sure we have many such stories as almost all of us have spent time with legendary Corolla in our life time in Pakistan.