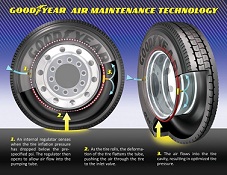 This technology has been long overdue, as long as a couple of decades but atleast, its now here, available to vehicles with big tires, namely; trucks. Goodyear has developed this self-inflating technology which is being called ‘Air Maintenance Technology’, determines when the tire pressure is low using an internal pressure regulator and if the tire’s air pressure falls below a certain PSI level, the system opens up a regulator to pump air into the tube to bring to normal PSI levels.

How it does it?

There’s a tube that runs around the circumference of the tire which squeezes the tube as the tire rolls pushing air into the tire through an inlet, inflating the tire without the need of pulling over or using an external compressor and as the tire is completely inflated, the regulator turns off the inlet.

Goodyear has spoken quite a lot about this technology and we have been waiting for it since a while because the benefits for such a system are overwhelming, because as we all know, under-inflated tires use more fuel, handling in some instances are dropped and the tread of tire ages pretty quick but now, thanks to the system, we can be lazy and let the tire do the tire stuff on its own. 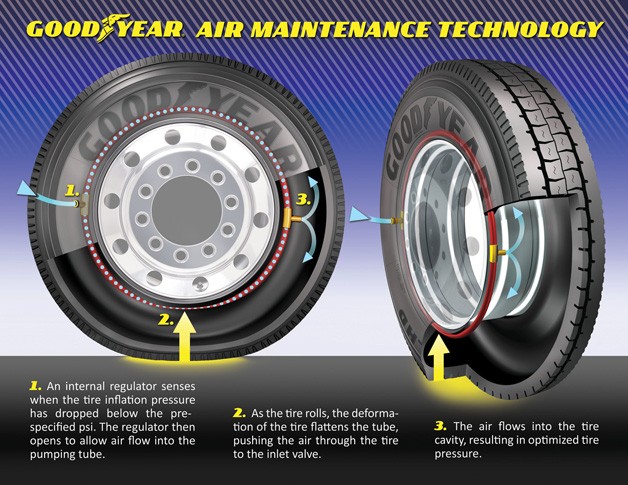 Goodyear says implementing Air Maintenance Technology on commercial vehicles was particularly difficult due to the higher-than-normal pressures found on large truck tires. Most commercial vehicles run an average of 105 psi compared to the 32 psi of passenger cars.

This is the new Chery QQ