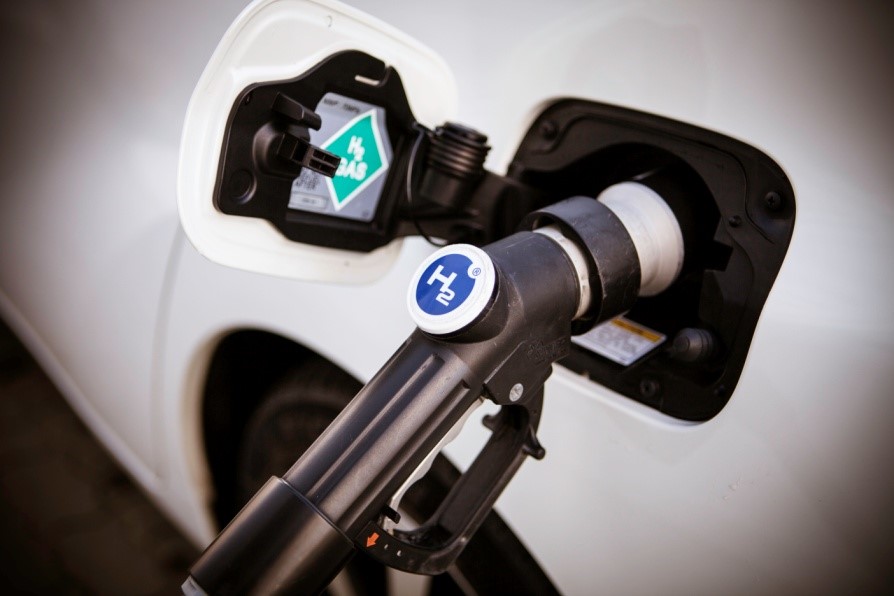 Hydrogen gas has almost 3 times as much internal energy content as Diesel. Its flame speed (speed of flame propagation during combustion) is almost 5-6 times higher than Diesel. It burns clean only to produce water. So what if we replace a little amount of diesel fuel with hydrogen in our standard diesel engine? It will save our fossil fuels, will be environmental friendly and result in even higher efficiency diesel engines.

What is a Diesel Engine?

So let’s first understand our Diesel Engine basics. A Diesel Engine works on the Diesel Cycle first developed by a German Engineer named Rudolph Diesel in 1892. Compress the air in the cylinder (usually with compression ratios 14:1 till 22:1) till it gets hot enough for Diesel Fuel to ignite on its own. The hot gases as a result of combustion will move the Piston and subsequently the Crankshaft.

In Diesel Engines, the main Diesel injection occurs usually very late in the Diesel Cycle (near the Top Dead Center, TDC) when the Piston is nearing the end of Compression Stroke. As there are no Spark Plugs, it’s very important for Diesel Fuel to have a high Cetane Number (inverse of Octane Number, RON) i.e. combust rapidly on its own. As soon as Diesel Fuel is injected, the hot compressed air surrounding it, ignites it, producing hot gases thus moving the Piston down, producing Power.

As mentioned before, replacing even 10% (Energy content) of Diesel Fuel with Hydrogen will result in Hydrogen Fuel complimenting the combustion process due to its high flame speeds and quick combustion rates. Result; improving the diesel engine efficiency even further (modern diesel engines can reach 45% efficiency levels), engine Power and Torque while subsequently reducing the carbon related emissions.

So why we don’t see these engines implemented?

Engineers and Researchers are faced with a lot of challenges regarding the use of Hydrogen in Internal Combustion Engines.
Storing Hydrogen Gas at high pressures in a Gas Cylinder is risky. Hydrogen Gas production in bulk and transportation and infrastructure of Hydrogen Filling stations is also a safety issue.

Injecting Hydrogen directly in the intake ports i.e. Port Fuel Injection (PFI) could result in backfiring. That means, Hydrogen being highly combustible gas, could start burning in Intake Ports backwards, which is again a safety issue. Hydrogen Direct Injection overcomes this issue. In Port Fuel Injection, some Intake Air amount is replaced by the injected Hydrogen Gas which results in the reduction of Volumetric Efficiency. DI Hydrogen also solves this issue. On the other hand, Direct Injection of Hydrogen Gas in Cylinder needs high-pressure Gas Injectors which in turn are more expensive.

An Automotive Engineer by profession with specialization in Automotive Powertrain. Above all, an auto enthusiast and always passionate about learning and sharing new technological advancements in this arena. In short, Saadat loves Automotives!

DIY: Here’s How You Can Increase Your Car’s Mileage