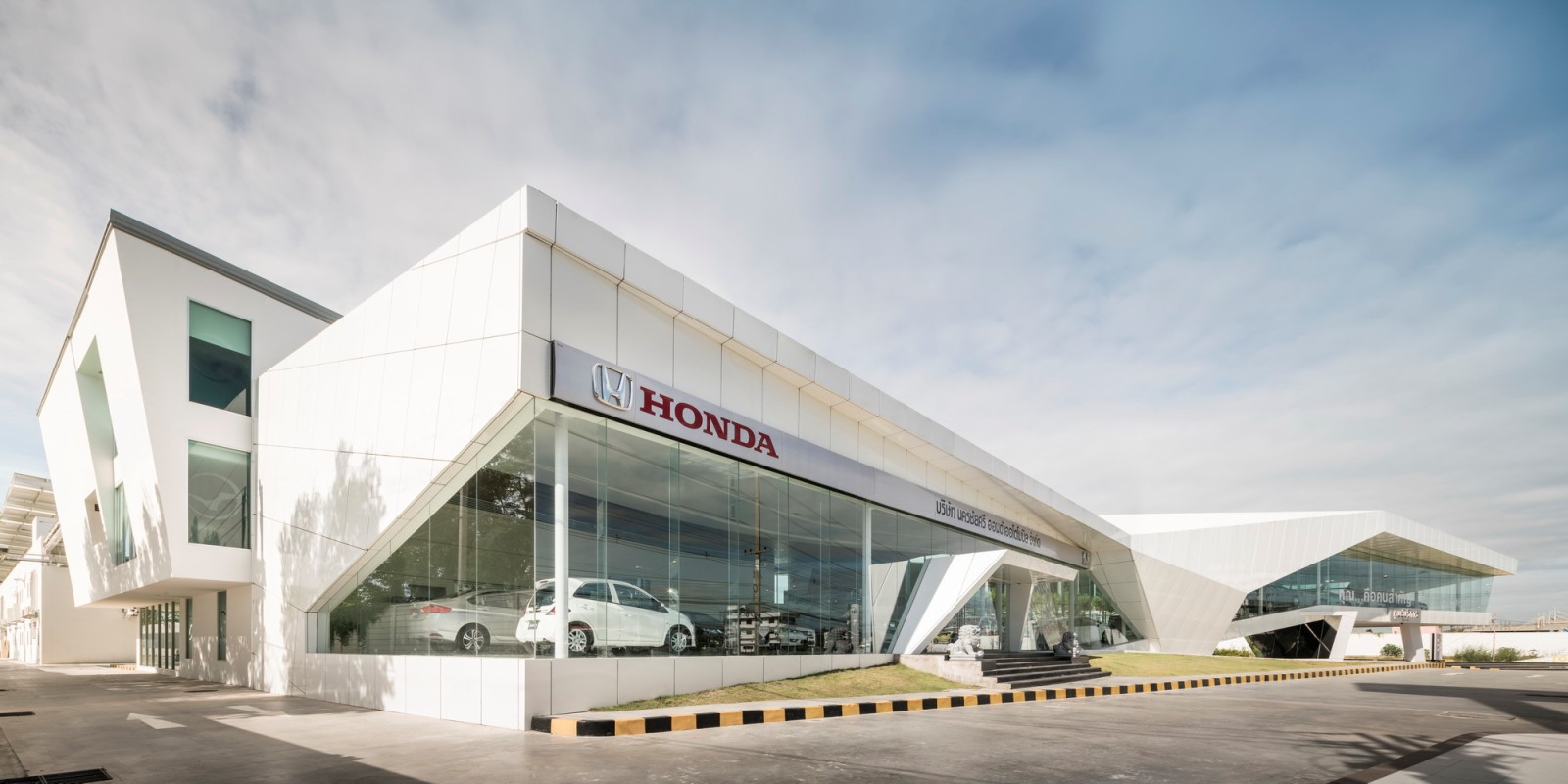 Mr.  Shahid Khaqan Abbasi [petroleum minister back then] told oil marketing companies “OMC” and refineries last year that “Pakistan has been using 87 RON motor spirit for the past 20 years while the world has moved on to higher RON petrol. In view of sharp reduction in oil prices, it is the best time for switching over to 92 RON premier motor gasoline (PMG) at the earliest,”

It’s not a hidden truth that quality of gasoline has always been a talk of the town, and always criticized. Consumers in Pakistan have been reporting repeatedly not only about the bad quality fuel on the pump but also fraudulent activity at the hands of pump owners. Mixing of kerosene oil with petrol to increase the quantity of storage at fuel stations as well as stories about the transporter stealing petrol and mixing kerosene oil in the gasoline transport trailer while in transit from refineries to the fuel station was not something new for the consumers. Overall the consumer was at the receiving end, not only due to high prices of the most important necessity but also due to the low-quality fuel and in most cases less quantity fuel being pumped at the filling stations. & we can also add the shortage of gasoline to the list as well.

Last year, Government of Pakistan deregulated the prices of High-Octane (HOBC). This allowed the refineries to sell their premium fuel at their own price. Part of the deregulation also required that elevate the octane rating of regular fuel from RON 87 petrol to 92. It was also decided that the new regular fuel as Octane 92 would be priced same as the older version 87 while 95 Octane can be priced as per oil companies own tariff. This switch was effective November 1st, 2016. Consumers all over Pakistan were happy with this change, and they expected that the move would bring the quality of fuel in the country to better quality and standard.

When 10th generation Civic was launched, there was a lot of confusion about the fuel grade, and it was pertinent to the 1.5L Turbocharged Civic variant. When new Civic was launched in the US, Honda told the press that the car could run on the regular petrol. The car’s user manual shows the same, “Unleaded 87 or higher required”. It made people think that one can use the same octane fuel in Pakistan as well. But unfortunately, that is not the case. The US measures the octane level in a different way than the Europe or any other place. Simply put, 87 RON petrol in the US means 91 RON fuel everywhere else. Also, you can say that 87 sold in Pakistan is equal to 83 RON in the US.   Driving your car on less than required octane rated fuel will result in less efficiently, will not meet the designed performance and potentially result in engine damage. I posted a detailed article on this matter back in 2016 before the launch of Civic. Readers can find it as linked below.

Buyers at that time were skeptical about the availability of the required fuel. Few potential buyers with pre-booked 1.5 even changed to 1.8L Civic and one main reason was the shortage or unavailability of fuel. By the time Honda Atlas started deliveries to the owners, most of the pumps as per deregulated policy of the government had switched to 91/ 92 Octane as a base fuel grade on pumps. This was a sign of relief for the new 1.5T Civic owners.

Later on, after few months into the production,  news started to surface that 1.5T Civic owners are experiencing excessive engine knocking issues. There was extensive discussion about this matter on Pakwheels forum as well as social media and almost every other turbocharged Civic owners started reporting about a ticking/ knocking from the engine at acceleration. Some owners were so desperate and upset with the issue that they consulted aftermarket tuners who suggested them to patch a software to the engine module at a huge cost. In many cases, people were reluctant to do anything with the ECU, because of the fear of warranty.

The issue spread so wide and extensive that Honda Atlas Pakistan Limited [HAPL] stopped taking any further bookings for 1.5T and dealership across the country suggested their customers to book 1.8L variant instead. Although HAPL never made any official announcement on this matter.

We had some unofficial reports and tips that experts from overseas Honda Thailand [engines are imported from Honda Thailand for assembly in Pakistan] as well as Honda Japan visited Pakistan, and they investigated this matter, and a detailed testing was performed.

We don’t know what was the outcome of internal investigation performed by HAPL, until today when a news item surfaces on the international media outlet.  According to the source, HAPL has made an official complaint to Oil & Gas Regulatory Authority “OGRA”, that the percentage/quantity of the additive used to increase the octane rating which is typically a manganese based product and known as Methylcyclopentadienyl manganese tricarbonyl (MMT) appeared to be damaging to engines in its vehicles.

According to HAPL in their official filed complaint, they have conducted tests, and it shows that manganese content is of up to 53 milligrams per kilogram. At above 24 mg/kg, it becomes dangerous not only for the engine and its components but also for the environment and human health. Honda has named  Shell, Total as well as Pakistan State Oil (PSO) in their complaint. A representative of Toyota Indus also said that they are concerned about the high level of manganese in petrol, but they have not received any complaints related to engines in their vehicles. For reference, please keep in mind that none of Toyota product is turbocharged. Although many Toyota and other car owners do agree that the catalytic converter which is an important part of emission systems, do get choked over time, the plugs need earlier replacement, and the performance of their vehicles is not up to the mark.

“We have received a complaint from Honda, and the relevant department will look into the issue”.

This means that HAPL has come to a preliminary conclusion that fuel quality is the only reason for the knocking their customers are experiencing in their turbocharged Civic. HAPL is also planning to file a lawsuit in the court of law on this matter.

MMT is a manganese-based fuel additive has been used all across the globe by oil refineries to increase the octane rating.  Before the introduction of MMT, additives based on lead were used which were later banned due to their harmful effects on human and environment. MMT is a cheap additive, and one drop of MMT in a liter of fuel can increases octane number by two. But there are certain limitations and regulations about how much it can be added to the gasoline to increase the RON. When gasoline burns in engine and gases emit from the tailpipe, these additive release manganese particle in the environment. When inhaled by humans it can cause various respiratory diseases, and it gets absorbed in the blood, and it can damage the brain.

Beside danger to human, these additives also get collected in the engine components over time. This can result in damage to the engine including cylinders and heads, vehicles emission systems as well as spark plugs and fuel injectors. Car makers also suggest that high level of MMT are resulting in difficulty meeting strict new emission standards.  Research conducted by leading car companies like Ford along with various other automakers alliance has shown that use of a slight amount of MMT in fuel over time will result in increased pollutants, reduced fuel economy as well as damage to the vehicle engine and emission system over the period of vehicle life.

Car companies overseas are working extensively pressurizing government agencies to force refineries to stop using MMT altogether.  There are various other additives or refinery processes which have been researched and are found to be safer, but as MMT is cheap, oil refineries are not moving towards these new additives as it will need extensive production facility upgrades.

Overseas governmental agencies and regulatory bodies are enforcing a maximum quantity of MMT that a refinery can add for octane enhancement.  Pakistan where environmental and human health is not the government’s priority, there is no denying the fact that industries are filling our landfill with dangerous material, pumping poisonous liquid to our waterways.  Substandard, low quality and even fake medicines and life-saving drugs are sitting in our pharmacies without any fear of being caught. Oil refineries are also part of our system, and it seems [if Honda is true in their stance] that just to meet government requirement of the required fuel grade they might be adding a high concentration of MMT because it is the cheapest available additive to enhance to octane rating.

I hope OGRA looks into this complaint filed by Honda Atlas Pakistan Limited, and an expert panel should investigate this matter, and the public should be informed about its findings.  The excessive use of the additive is not only harming human health but also adversely affecting vehicles. I hope a resolution on this matter is reached as soon as possible and all owners with knocking issues with their turbocharged civics are entertained with their claims.

Editor’s note: We will be bringing more news and updates as soon they are available along with the point of view of oil companies and other automakers in Pakistan.