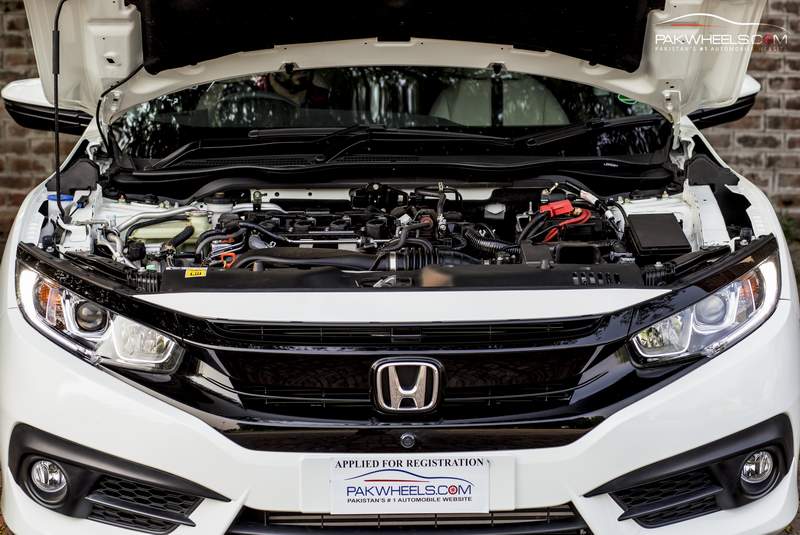 Owing to its spectacular shape, the 10th generation of Honda Civic managed to woo a wide majority of auto enthusiasts around the world and the same trend made its way in Pakistan when in 2016, Honda Atlas launched the new Civic, Pakistani consumers flocked towards this car and even to this day it has a wait time of five-six months, showing its demand and popularity in the country. However, where this car has garnered praise for its beauty and appearance, it also managed to receive a high amount of criticism at both, its build quality and Honda Atlas’ incompetence to provide proper solutions to problems randomly popping up in a lot of units. Contrary to common sense of ‘believing in pictorial evidence,’ unearthed by a fellow Pakwheels author highlighting the less than impressive build quality of Honda Civic, I chose to reserve my judgement until I had personally driven or at least seen one. A point which I also raised in one of my earliest articles for PakWheels.

Fast forward to May 2017 and I finally got the chance to drive a Honda Civic 1.5 Turbo to see for myself if all the reporting, videos and customers highlighting the flaws in this car held any truth. Anxious, excited and a tad bit worried, I borrowed the keys from a dear colleague to drive his car for a few days. Apart from the bad welds and lack of proper insulation lining in the trunk, I suffered the first technical glitch two days into my driving of this car. The problems, dear readers, were two-fold:

The first problem had no pattern and appeared randomly, which in essence was a very tricky situation as I wasn’t able to make a guess on when and how it would occur. The second issue was more taxing as it robbed me from the use of the smart entry. Long story short, I had deduced that a visit to a 3S dealership was required as the car in question was only driven six thousand kilometers and was under warranty. The nearest dealership to me was City Sales, Kalma Chowk, Lahore.

If it had been a cheaper car then I wouldn’t have batted an eyelash but a car with a price tag of Rs 3 million, these technical issues are a cause of worry and to this day I find myself wondering when is the inevitable going to happen? However, an attempt to explore this issue resulted in finding some similar cases and some on the knocking issue in the Turbo variant, which to be honest I never paid any attention before I read some information on this topic. Here are a few such examples: 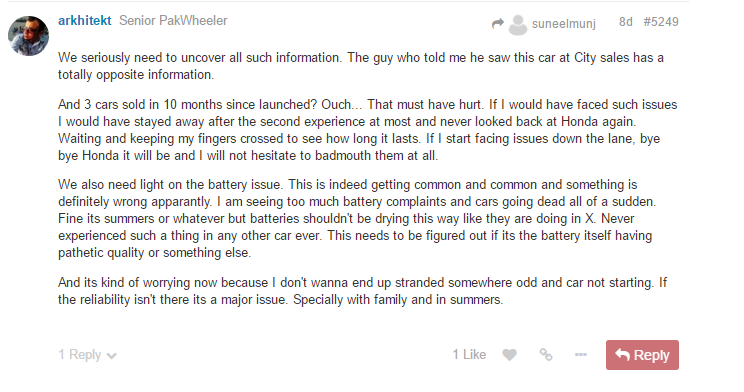 As obvious, there are always some good samaritans willing to share their experience on a problem. Although I had already changed my car’s battery but still by reading this post I knew I was getting somewhere.

The above-stated compilation was a summary of my experience with Honda Civic Turbo for a short couple of days and I believe some owners or experts will be able to suggest a viable solution/reasons for the problems I faced.I have come to the conclusion that  Honda Dealerships’ ability to handle such cases is very disappointing. I have no doubts that company’s engineers might be able to understand and solve this car’s issues if given enough time but the lack of training, comprehension, and understanding among the mechanics of Honda dealerships is pretty clear, half of the time the mechanics don’t even know what to do, they just experiment with things, which results in poor customer experience. I believe this situation can be easily fixed if company and dealerships invest time and money in the training of these mechanics.

Share your comments on what Honda needs to do in order to improve its customer satisfaction!