Hyundai Nishat Motors is looking ahead to implement its long term plans rather than worrying about the current situation of declined sales in the country. Hyundai re-entered the auto industry of Pakistan two years ago, as a result of collaboration with Nishat Group. The company was awarded Greenfield status under the Auto Development Policy (ADP) 2016-21, after which it established its production plant for the local production of vehicles in the country. The automaker has also recently unveiled its first 2600 cc light commercial vehicle (LCV) in the local market named as Porter H-100.

Moreover, as far as the company’s long-term plans are concerned, it is reportedly planning to launch three passenger cars, including an SUV by June 2021. Until now, Hyundai has launched three vehicles other than Porter H100 in the local market, i.e. Santa Fe, Grand Starex, and Ioniq. The company is yet to launch a budget car as KIA did a few months ago in the shape of the 1000 cc Picanto hatchback. 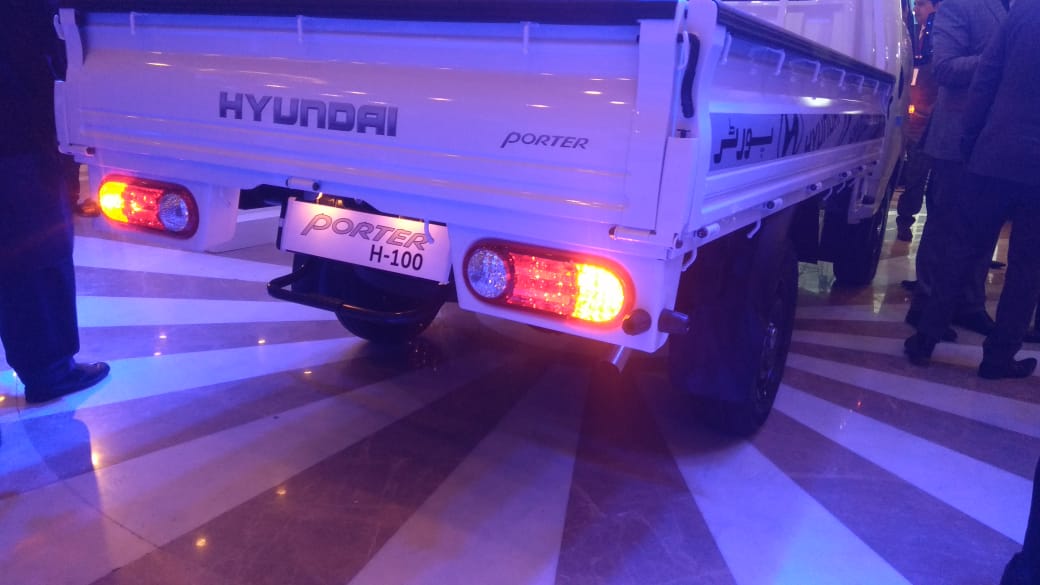 Hyundai Nishat had initially invested $150 million in its production plant constructed in Faisalabad that has a capacity of producing 15,000 units annually. The automaker intends to invest an additional $230 million to enhance the company’s production capacity to 30,000 units per annum by the year 2023.

The company availed the tax-based incentives offered by the Auto Development Policy (ADP) 2016-21 for such a hefty investment in the country after so many years. On the other hand, the current situation of the auto sector of Pakistan is quite disappointing as the vehicle sales have gone down significantly.

However, the General Manager (Sales and Marketing) of Hyundai Nishat, Ibad Jamal, while talking to the media, said that he is confident that the car sales will revive once again. He also added during the launch of Porter H-100 that the overall economic slowdown and the sharp devaluation of the local currency against the US dollar is much higher than its impact on car sales.

It is pertinent to mention here that car sales have plunged by a massive margin of 44% in the first four months of the ongoing fiscal year 2019-20. The major reason behind such decline is the sky-rocketing prices of automobiles due to the devaluation of rupee against the US dollar. Furthermore, the imposition of several additional taxes by the government turned the situation miserable. The entry of new auto players in the local market was anticipated as a huge leap towards enhancing the competition and delivering good quality products. However, Hyundai is yet to introduce anything in the mid-range category that could compete with other existing Japanese auto giants in the country.

Hyundai Porter H100 is a good addition to the local market as its previous version, named Shehzore, was a huge success in the country a long time ago. The bookings of Porter H-100 have started from 3rd December 2019, and the company will start delivering the vehicle in January 2020. The ex-factory price of the vehicle is Rs.2,449,000 and comes with a warranty of 4 years or 100,000 km (whichever comes first).

What are your expectations regarding Hyundai’s plans in Pakistan? Will the company introduce mid-range vehicles to boost up its sales and mark its authority in the local sector? Let us know through your feedback and stay connected with PakWheels for more relevant news updates on the automobile industry of Pakistan.