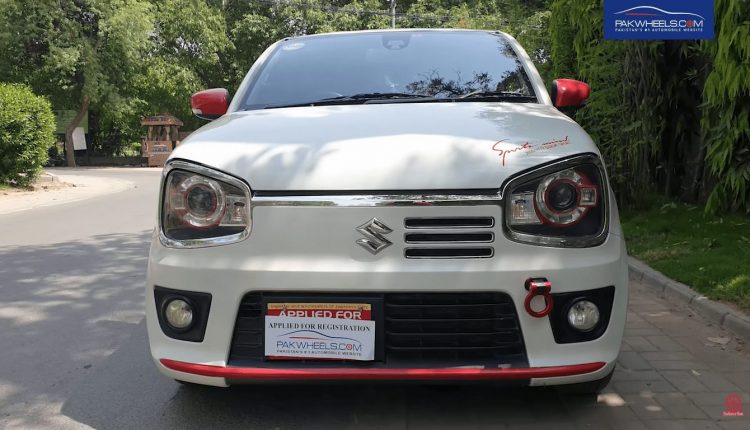 Today, we bring you the owner’s review of an imported Japanese car, the Suzuki Alto Turbo RS 2016. The owner is proud of his choice of buying this car; here’s why.

The owner told PakWheels that he bought the Alto Turbo RS 2016 for 14 lacs and 75 thousand rupees.

Discussing the purchase process, the owner said that he was considering four imported car options in his budget. Daihatsu Move, Suzuki Alto Turbo RS, Honda N Wgn, and Toyota Passo. He chose to go with Alto Turbo because this one had a lot more features than the others. Another interesting reason for choosing this car was its rareness in Pakistan.

The only feature that the owner of Alto Turbo RS misses in his car is cruise control.

The owner is very impressed with the interior of the Turbo variant of the Suzuki Alto. The car has a three-toned beautiful, spacious, and comfortable interior. Three meters show the rpm, fuel average, and gears of the car. Leather-covered steering wheel with multimedia controls completes the inner look.

The owner is satisfied with the AC performance of his Japanese car, says, “It’s pretty good”.

Alto Turbo is a low maintenance car. The owner can easily get an oil change service for 2,500 – 2,700 rupees at any local service station.

The parts of this imported Japanese car are available in Pakistan. The owner says that if you can’t find them in Lahore, you will definitely find them in Rawalpindi. However, these parts are expensive compared to the parts of local cars.

According to the owner of Suzuki Alto Turbo RS, the car is a win for a powerful 660cc drive in Pakistan.

If you want to buy an imported Japanese car in Pakistan, get its verified auction sheet from PakWheels and buy the car with complete peace of mind!