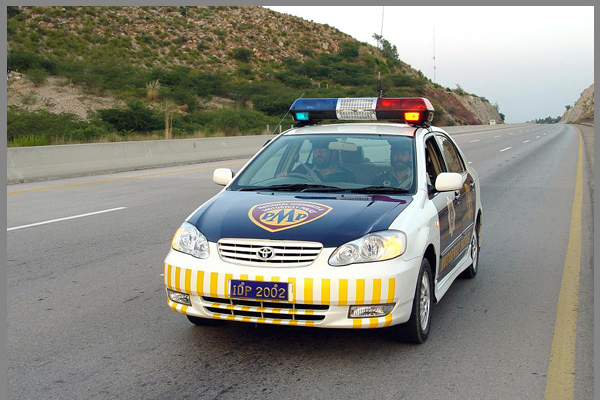 KARACHI: Zulfiqar Ahmed Cheema, Inspector General, National Highways & Motorways, has clearly mentioned to all the officers of National HIghway and Motorways to launch a campaign against vehicles which are mechanically unfit and instructed that these vehicles should not be allowed on the motorways and highways f the country without a proper and valid fitness certificate.

Mr. Cheema said that tire bursts, brake failure, and other mechanical faults are some of the major causes of serious accidents on the highways due to which precious lives are lost. He instructed the Zonal Commanders to take serious punitive actions against the offenders who do not have properly maintained vehicles. He further asked them to go an extra-mile to avoid events like the Khairpur accident.

“The motor vehicle examining departments, working at district level, have become hub of corruption, while the provincial governments pay no heed and their malpractices are being carried out unchecked,”

“This warrants drivers with the licence to kill innocent people.”, he further added.

It is the responsibility of the government to take notice of this situation. The government should take an initiative to establish institutions for vehicle fitness examination and should take the help of private sector to make sure that the institutions comply with international standards.

The National Highways & Motorways Police has restricted mechanically unfit vehicles to enter the highways and motorways in an effort to save precious lives on IG’s instructions.

The prevailing system of issuing driving licence at district level is corrupt and licence are issued without conducting proper practical driving tests in Pakistan. Bad road conditions, issuance of licence and fitness certificates to the ineligible drivers and vehicles and irresponsibility of the drivers have become the major causes of life-taking accidents in the country.

Expressing his concerns over the issue, he said that the government and the media must play their respective roles in resolving these issues and educating the people about road safety in Pakistan.