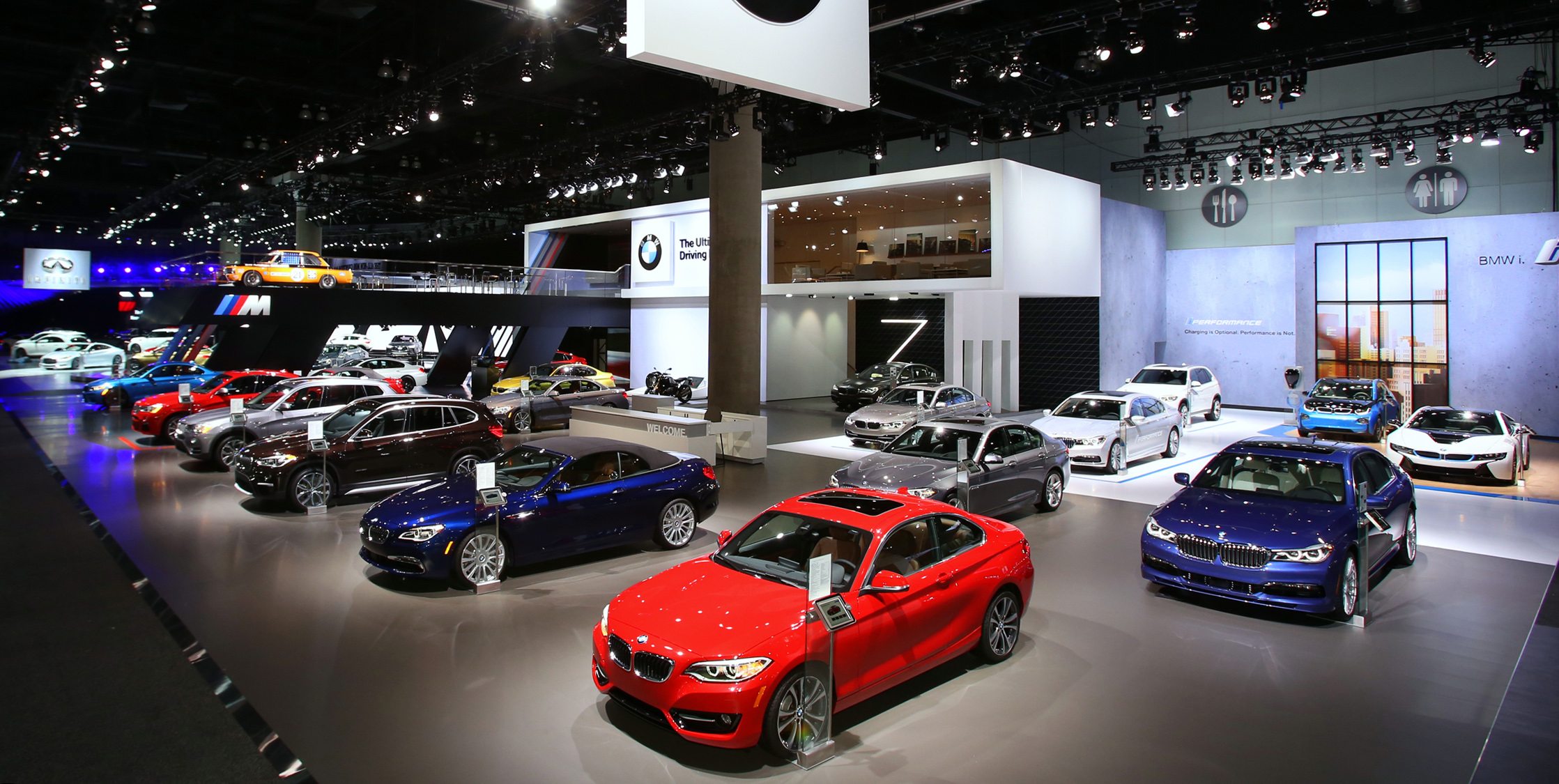 The Los Angeles auto show is all set to be held at Los Angeles Convention Centre starting from 30th November 2018 and continuing till 9th December 2018. The LA auto show has been among the highest attended event of its kind around the world that manages to attract the car enthusiasts due to its unique display of debutant vehicles and electric atmosphere. The event provides an opportunity to all the auto giants across the world to showcase their splendid upcoming designs of automobiles and reveal the modern technology in a compact form of their vehicles. The auto manufacturers from all around the world grab this terrific opportunity to take off the curtains from their new vehicles and also find it the perfect occasion to present the concept vehicles of their production line. For over so many years, the LA auto show has been a huge success due to an amazing turnout and the amount of entertainment it provides to the general public in the shape of so many other indulging activities for almost everyone attending the show. The auto manufacturers, this time find it the right occasion to reveal their upcoming models of several vehicles that will be seen on the roads in 2019. There are reportedly 1000 new vehicles making their way to the LA auto show 2018. The most anticipated and awaited vehicles making their debut at LA auto show 2018 are as follows:

Lexus LX Inspiration series:
Lexus is all set to bring its all-new special edition LX Inspirations series to Los Angeles auto show 2018. Unlike its name suggests, this model only brings inspiration in the visual form otherwise there are no special adjustments being made. It is equipped with a conventional 5.7-litre V8 engine that produces 383 horsepower. Regarding transmission, it comes with a standard eight-speed automatic transmission with four-wheel drive experience. The debutant SUV comes initially with the black paint and black trim to the headlights, fog lights and windows with a splendid new dark chrome on its grille and 21-inch black alloy wheels. The smoked black headlamp lenses make the SUV look even unique in its class. A lot more chrome is used at the taillights and back door. Lexus has given the LX Inspiration series a whole new two-tone interior appearance with black and white leather which adds to its superb look. This version comes with a price tag of over $100,000 that is equipped with multiple safety and climate control features. Reportedly, Lexus has planned to build only 500 models of this special edition Inspiration series for now. Therefore, LA auto show is the place to put your hands on the most prestigious model of Lexus. 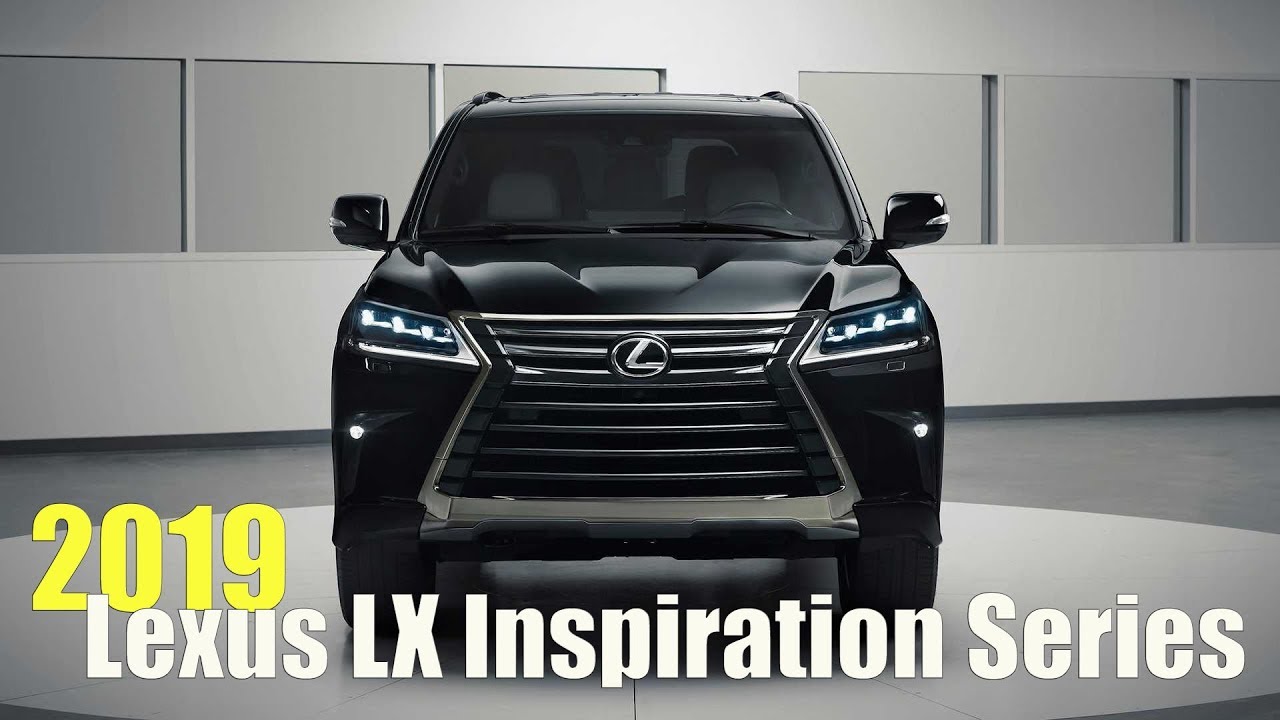 Toyota Prius:
Toyota has been teasing with its pictures of all new Prius that is probably going to be an all-wheel drive. The wait is almost over now, and it will be making its debut at the Los Angeles auto show this year. The picture of Prius released by the company doesn’t offer much detail regarding its appearance as it is shown churning through the snow. As said by the automaker in its teaser, Fall is here, winter’s near, but the 2019 Prius performs on roads whether snowy or clear. It looks like the long-awaited refresh look of Prius lineup is going to reveal at the auto show. Toyota is looking to add an electric motor in the back that generates 5.3 kW/7 horsepower to the vehicle as in the case of Prius E-four. With this particular arrangement, a question arises whether it will help the fuel economy of the car or hurt it even more. We’ll have to wait for LA auto show 2018 to actually know the details of all-wheel drive Prius. 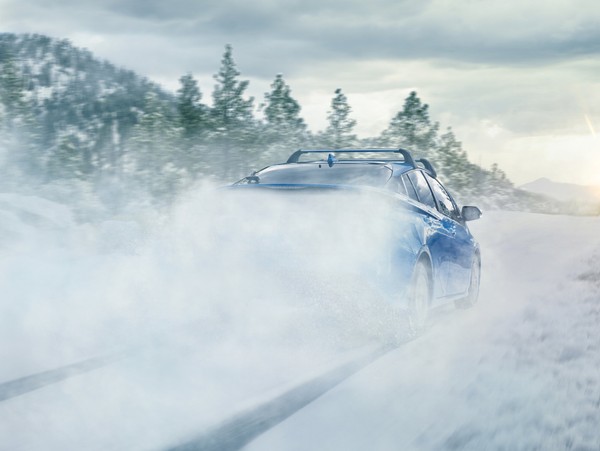 BMW:
BMW appears at the Los Angeles auto show 2018 with an impressive lineup to showcase. The release of the all-new 2019 BMW 3 series, BMW M340i sedan will be on display featuring 3.0-litre engine producing 382hp which will be the most powerful three series ever built in the history of the manufacturer. The display lineup features BMW 8 Series Coupe and Convertible at the same time. Eight series convertible is equipped with an exciting V8 engine that produces 530hp and possessing an open top design. Alongside them, BMW X5 and X7 are set to make their first appearance in public at LA auto show 2018. The 2019 BMW X5 is making its way to the showrooms in November however; BMW X7 is set for its world premiere. BMW X7 will be the largest model in its X car category equipped with outstanding powertrain options and a capacity of seven seating. BMW will unveil its Z4 M40i Roadster at the show that is equipped with a 3.0-litre six cylinder in-line Twin Power Turbocharged engine. This outstanding machine produces 382hp that shows its brilliance regarding performance and ensures safety at the same time with its various sensors like forwarding collision warning and daytime pedestrian detection. The showcase of BMW will be the place you can’t miss out at this year’s LA auto show. 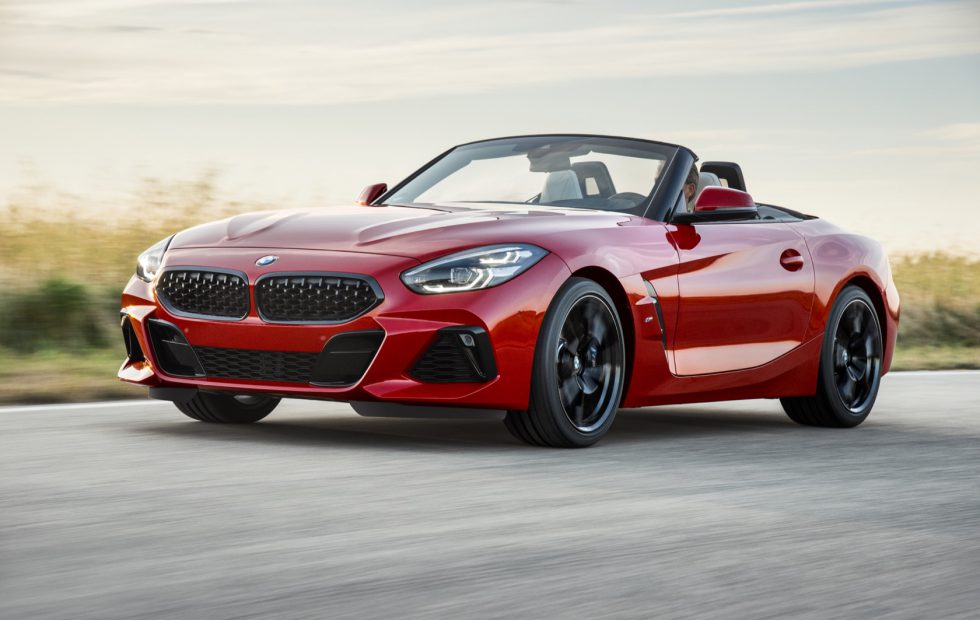 Read More: The Palisade is the official name for Hyundai’s 3-row SUV

Hyundai Palisade:
The full-sized SUV of Hyundai, named Palisade is all set to make its first public appearance at the LA auto show 2018. It is expected to go on sale in 2019 as a 2020 model of Hyundai Palisade. The image of Palisade has already leaked ahead of its official unveiling. The design of the Palisade features an octagonal grille that is surrounded by a frame of thick chrome strips accompanied by tall headlights with vertical running lights. It has a blunt front look that can accommodate eight passengers easily. It is expected to get a 3.3-litre twin-turbo V6 petrol engine under the hood producing 365hp and 510Nm of torque. Hyundai might introduce a plug-in hybrid variant later on with a 130hp electric motor. Palisade promises to be the brand’s flagship SUV that will be at LA auto show 2018 display. 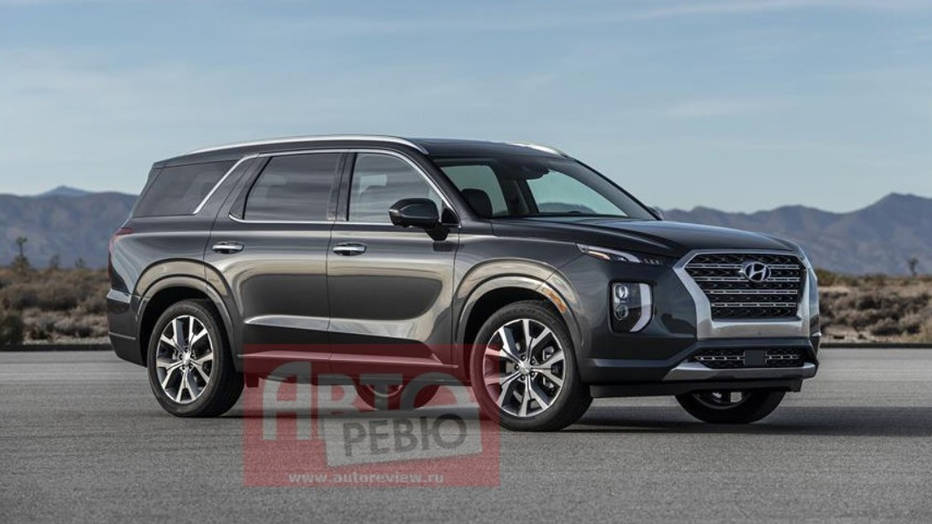 Mazda 3:
The all-new Mazda 3 is announced to be making its world debut at the Los Angeles auto show 2018. The automaker has released the teaser image of both sedan and hatchback body styles. The next generation of Mazda is expected to adopt the company’s next-generation SkyActiv-Vehicle architecture. The all-new Mazda 3 will provide a whole new experience of driving pleasure to its customers. All the in-depth details of the 2019 model will be revealed at the Los Angeles auto show this year. 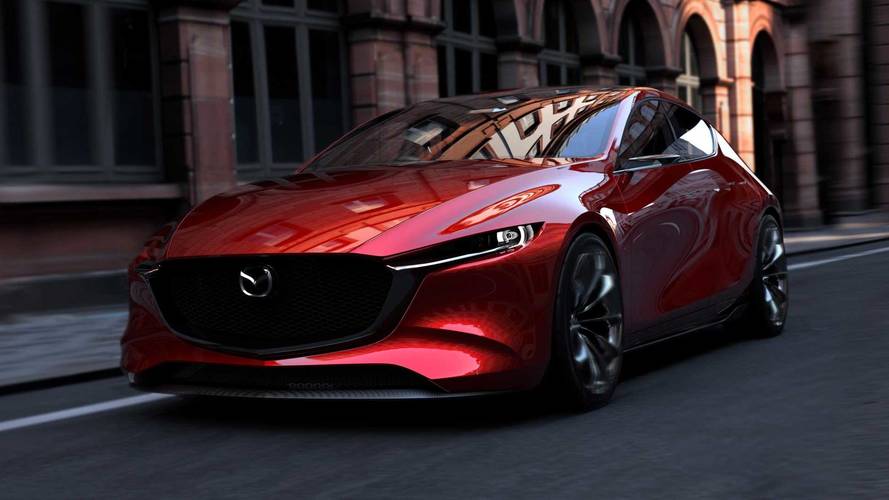 Volkswagen Beetle Final Edition:
There is a wave of excitement in the Volkswagen fans as the automaker has announced the release of new edition of its iconic Beetle cars in 2019 but seems out to be emotional moment as well since this would be the final edition of the series that has ruled over seven decades with its three generations in the automotive industry. The final edition of Volkswagen will make its official public appearance at the most awaited Los Angeles auto show 2018. The insect-inspired, curvy-topped vehicle is the centre of attention for all the Volkswagen fans at this year’s event. Volkswagen has decided to introduce two final editions of Beetle; a coupe and a convertible shape. The car is expected to be priced at $23,045 according to the company. Furthermore, the decision to end the production of Beetle came with the company’s vision of focusing on electric cars and larger family-oriented vehicles. The showcase of Volkswagen is the one that will have the craziest attention of the fans at this year’s show. 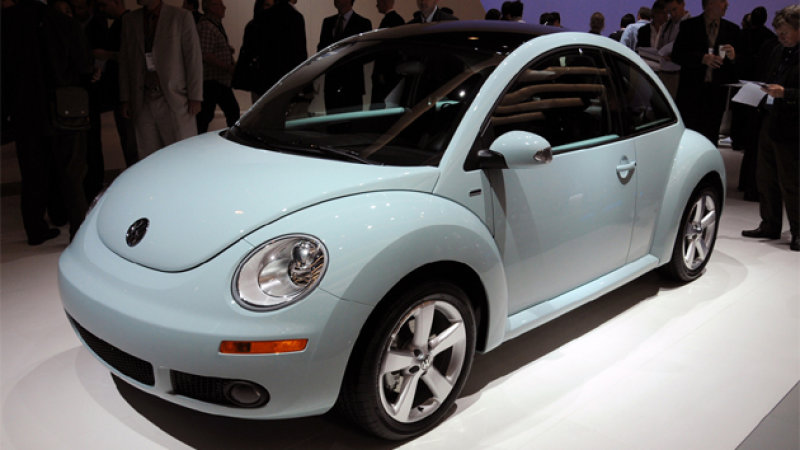 Nissan Maxima:
Nissan is headed towards making a debut for its all-new 2019 Maxima at the Los Angeles auto show 2018. Nissan has only released a front image of its refreshed 2019 Maxima that show an addition of completely new headlights and fog lights with almost a similar grille to its previous model. The body lines and floating roof design also looks quite similar to the previous model but the addition of Safety Shield 360 makes it stand out. Its key safety features include automatic emergency braking, lane departure warning, and blind spot warning. The rear shape of the refreshed look of Maxima is the biggest secret that will unveil at the LA auto show 2018 which will describe the significant changes made by the automaker. The 2019 Nissan Maxima will go on sale officially in December 2019. 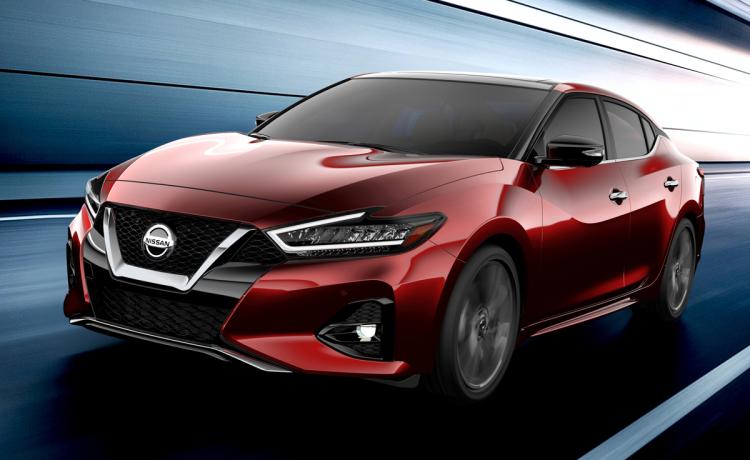 The stage is set for all the auto giants to showcase their upcoming splendidly designed vehicles at the Los Angeles auto show 2018. With some vehicles making their debut at this year’s event, it promises to be a turnaround for many auto manufacturers in the future. As for the general public, the event brings a lot of excitement and joyful moments in the shape of other associated events at the show as well. Stay tuned on Pakwheels for more updates on Los Angeles auto show 2018.
Share your opinion in the comments section below.