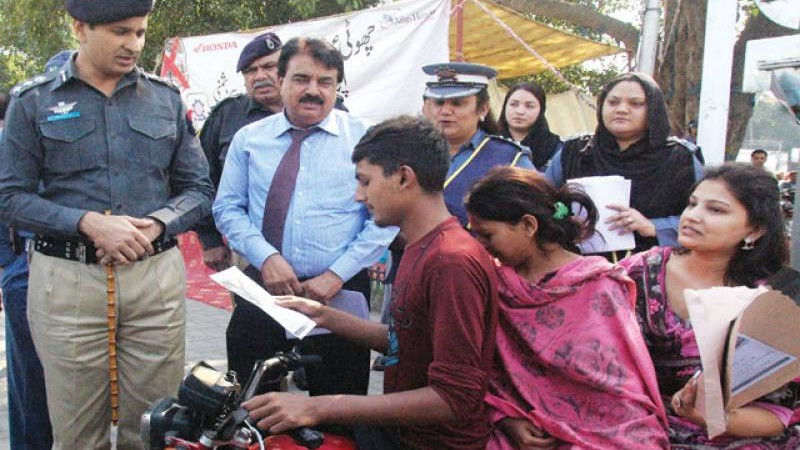 Underage driving is now one of the major dilemmas of society due to which many precious lives are lost on the daily basis. Traffic incidents have been increased in a large number since underage driving is being promoted in the society. In recent days, Lahore traffic police have started an awareness campaign along with a crackdown against such underage drivers.

For creating awareness regarding this issue, lectures have been arranged in various schools, colleges and universities to let the students know about the hazards of underage driving. And also, there will be a 14-day driver’s awareness camp that will be held at  Faisal Chowk on Mall Road, Lahore. Lahore Cheif Traffic Officer Police Tayyab Hafeez Cheema argued that we should encourage this campaign rather protesting against this campaign as it is beneficial for the safety of our children. Only last week, a 16-year-old killed a motorcyclist in the area of Johar Town Lahore due to over speeding.

Not only underage driving but awareness is also being spread about the safety precautions like wearing a helmet, avoid pillion riding, etc. Hundreds of underage drivers have been ticketed in last few days. As per the last figures received, up to 9799 cars, motorcycles and auto rickshaws have been ticked under this campaign. CTO Cheema further told the press that the crackdown against underage drivers has already been set in motion, and 1,943 of such underage offenders have been reprimanded. Lahore Police also involved parents of those who had been caught and took written statements from 213 parents that they will not let their children drive again unless they are of the legal age and have a proper driving license. 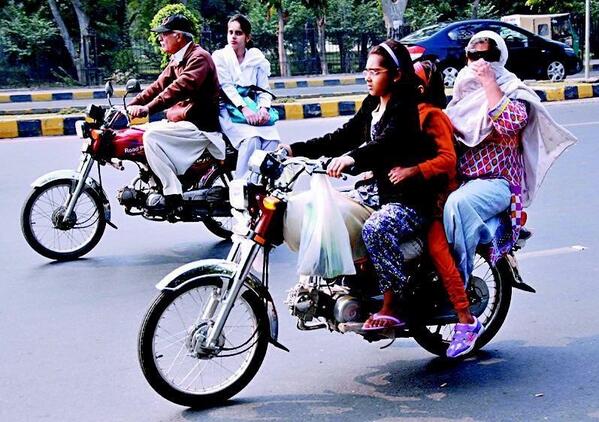 This campaign will only bear fruitful results if remained consistent till complete eradication of underage driving. This campaign must continue not only for the safety of children and pedestrians but also to run the smooth flow of traffic. One of our bloggers suggested increasing the amount of fines for traffic violations (linked above). Huge sums of fines can be used as deterrents against underage driving violations as well. Also, there is a need to improve the typical police culture of Pakistan as well. Violators can easily escape the claws of the law, by greasing the palms of its officers. But in this instance, Police is taking the initiative, and this is something that must be appreciated.

And Lahore is not the only Pakistani city with this problem, but Karachi has its share of juvenile drivers as well. A number of such campaigns had also been launched in past, but they did not come up with desired results due to inconsistency and lack of support from the civilians. CTO Cheema appealed to the citizens of Lahore to cooperate with the traffic wardens and police in the regard. In order to save these precious lives and prevent hundreds of traffic accidents daily; the response of citizens to this campaign should be positive and encouraging.