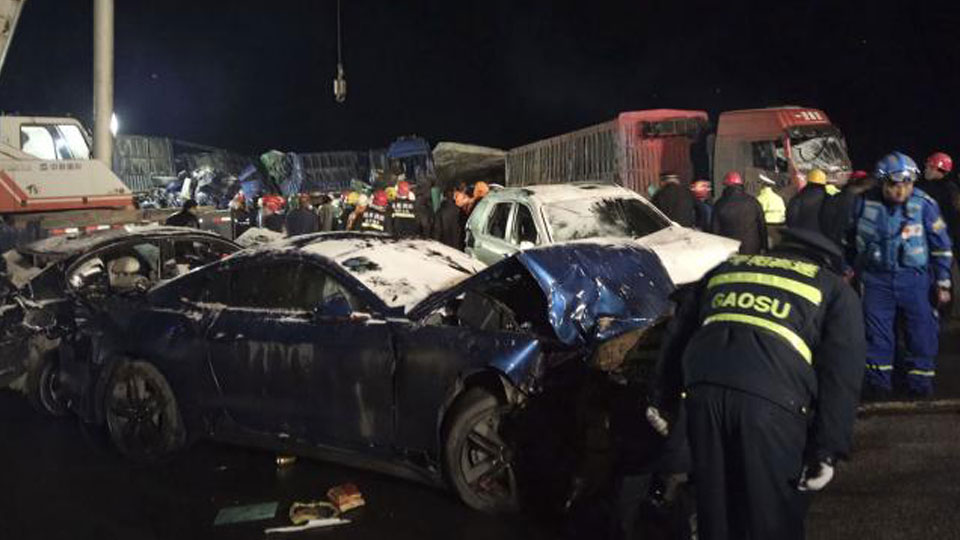 At least 17 people were killed and 37 injured after more than 50 vehicles collided on an ice-covered highway in northern China on Monday. A total of 56 cars and trucks were involved in the massive pile-up after snowfall led to poor visibility and dangerously icy conditions on the Jingkun highway near Yangquan in Shanxi province, China ­National Radio reported.

Many of the vehicles were badly damaged, with some ­overturned. Pictures of the accident scene, posted online, showed the tangled wreckage of many trucks and cars. Goods being transported by trucks involved in the pile-up were left scattered across the highway. The accident occurred at about 9am and rescue efforts finally ended 12 hours later.

The injured were all in stable condition by then, and police were continuing to investigate the cause of the accident, the authorities said. The road remained blocked in both directions until yesterday afternoon while the wreckage was being cleared, according to the authorities.

Shanxi party chief Luo Huining ordered the stepping up of rescue efforts and measures to assist families of the victims. Luo said extreme weather had made traffic conditions more dangerous, and he ordered relevant authorities to prepare contingency plans for traffic accidents.

A number of senior cadres have been removed from office or resigned voluntarily after serious accidents resulting in many fatalities occurred in their industries or regions. But the death toll for Monday’s accident is below the threshold for it to be considered “major”, which is 30 fatalities.

The Most Efficient Engine in the World