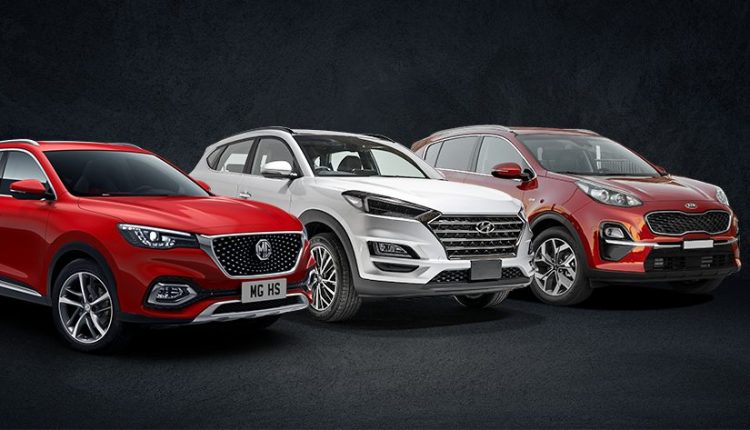 After persisting demand from our readers, PakWheels has brought a brief comparison among Hyundai Tucson, KIA Sportage and upcoming MG HS. Recently, MG HS has created serious ripples in the local market, after different media outlets claimed that MG has booked 10,000 units of HS. However, the reports were false, and PakWheels proved it after proper research.

The MG’s car will surely be a great addition in the SUV segment of Pakistan, which has been dominating the local market. Sportage and Hyundai are registering record sales since the last few months, showing the tendency of the consumer. Henceforth, a number of readers have asked us to provide a comparison of these three cars and here it is.

Price-MG HS Vs. Tucson Vs. Sportage:

As per reports, the price of MG HS will be Rs5.5million. Meanwhile, Tucson Ultimate costs Rs5.6million, and rate of KIA Sportage All Wheel Drive (AWD) is Rs5.4million. It is pertinent to mention that Ultimate and AWD are the top of the line variants of Tucson and Sportage, respectively.

This shows that all three cars are almost in similar price range; however, MG HS offers Front Wheel Drive (FWD) in this range, while Tucson and Sportage are AWD.

Sportage and Hyundai come with conventional Cruise Control, while MG has installed Adaptive Cruise Control in its SUV. This means that cruise control in HS adjusts its speed according to the traffic on the road.

KIA Sportage and MG HS come with Rain Sensors; however, Hyundai Tucson does not have this feature.

MG has installed the Anti-Collision Warning System in its SUV, in which car stops automatically if something comes in front of it suddenly. Meanwhile, Sportage and Tucson do not have this feature.

Tucson and Sportage come with only rear Cameras, while MG has installed a 360-degree camera in HS, giving the view of all sides of a car. This feature is excellent for lane change and parking.

Furthermore, MG has installed Land-Assist System in HS, meaning the car will issue a warning, if there is another vehicle while changing a lane. On the other hand, Sportage and Tucson do not have this option in them.

Hyundai and KIA have installed electric seats in their SUVs, while MG’s car will come with both electric and heated seats, making it more comfortable.

The Sportage and Tucson come with 2 airbags each, while MG has installed 6 airbags in its SUV.

MG’s SUV will also have Paddle Shifters, making the drive comfortable. Meanwhile, both Sportage and Tucson do not have this feature.

As per reports, MG will offer three interior colours in its car. On the other hand, Tucson and Sportage only come with single colour option.