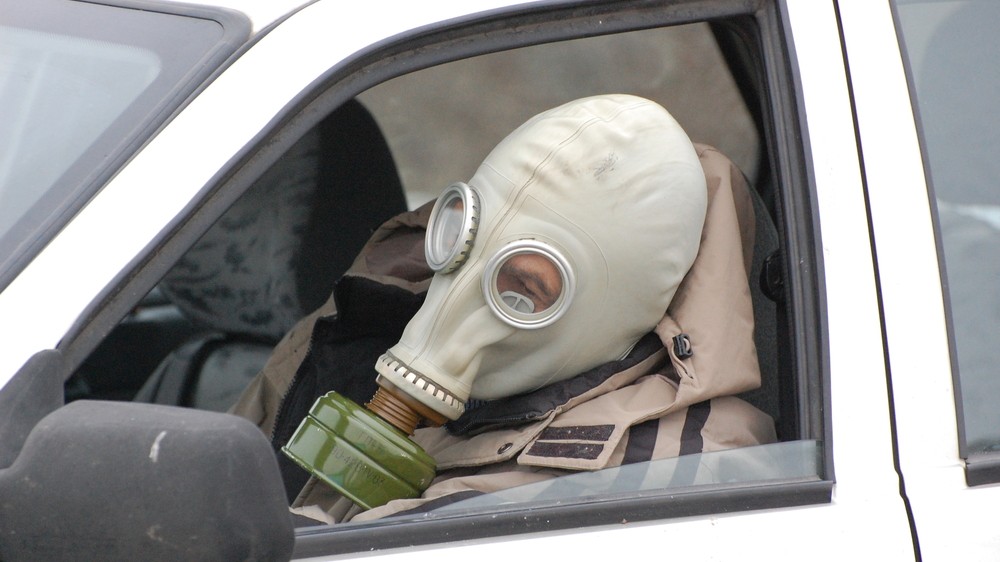 There is a myth that the interior of your car emits benzene, a cancer-causing harmful gas, and that you should let the interior breathe for few minutes before turning on the A/C in hot summer days. You might have read some article or a chain email stating the dangers of benzene gas and hot interior (dashboard and seats) of a car. It states that car’s dashboard or interior this harmful gas and you should roll the windows down to let the gas escape before turning the A/C on. It has also been said that,

“In addition to causing cancer, it poisons your bones, causes anemia, and reduces white blood cells. Prolonged exposure will cause Leukemia, increasing the risk of cancer. May also cause miscarriage.”

The warning also mentions that the safe level of benzene is up to 50 mg per sq.ft whereas the levels can reach up to 400-800 mg in a closed car.

Also Read: Myth Busting – Fuel Additives, Do They Work Or Not?

But how much truth is there in this statement? Well according to American Cancer Society, there is some link between benzene and leukemia.

The human data are supported by animal studies. There is sufficient evidence for the carcinogenicity of benzene in experimental animals. Key animal studies support the finding of an excess risk of leukemia in humans from exposure to benzene by inhalation and ingestion. The details of these studies have been reviewed and found to support the association between benzene and cancer.”

The US Center for Disease Control (CDC) Fact Sheet says,

“Breathing in unusually high doses of benzene can cause difficulty in thinking, changes in heart function, unconsciousness, or death. In smaller amounts over longer periods of time, benzene can also decrease the formation of blood cells. Benzene is considered to be a cancer-causing chemical.”

So yes, there is a link between the gas and cancer in general, and leukemia specifically. However, benzene is a natural gas and is already present in the nature. But can also be a byproduct of some certain man-made things (chemicals and products).

But what about the part where it says your car’s interior can give you cancer? Well, a 2007 study conducted by various German institutes and government departments said that interior of a motor vehicle emits all sorts of gasses. Talking about the interior of the cars, the report said that they made up of a “wide variety of synthetic materials, which emit volatile organic compounds.”

However, the investigation concluded that there were no indications of those gasses being health hazard inside a parked car.

“No toxicity was observed in any cell line with or without metabolic activation.”

As far the claim of the safe and harmful level of benzene is concerned, that is also questionable. The warning mentions the amount of benzene being in 400-800 mg range. The Cancer Association of South Africa also did a study about the same threat and concluded it to be false. It further referred to an Italian study on the emissions of volatile organic compounds in 23 used private cars during the summer and winter. The study said that the car cabins studied contained 149 microg m(-3) of benzene. And 1000 ug = 1mg. So if we consider the 400-800 mg levels of benzene as mentioned in the warning, it means that the interior of a vehicle contains 2000 to 4000 times more benzene than the amount that has been actually found.

There is no trail of how this rumor started. Some say it has to do with a South Korean study that found some relationship between automobile users (private and public transport users) and exposure to some level of benzene. But that study didn’t state anything close to what that A/C-benzene warning is saying. That study noted that the cause of exposure to benzene was fuel and not the interior of the vehicle. Also, that study mentioned that the benzene level rose in winters than in summers.

And some people believe the rumor started after a 2001 report by Commonwealth Scientific and Industrial Research Organization of Australia. The report found,

“high levels of air toxic emissions in new motor vehicles for up to six months and longer after they leave the showroom.”

That study, however, was conducted on just three Australian domestic vehicles.

So is your car’s comfy interior killing you? Probably not. However, you should let the interior breathe before jumping in and turning on the A/C immediately. The interior of a car can get really hot compared to the outside ambient temperature. If your car has been parked in sunlight with an ambient temperature of 35 Celsius, after an hour inside temperature can reach as much as 60 Celsius. And the quickest way is to roll down the windows and let the air pass through to make it breathable inside. Doing this will also make the life of your car’s A/C unit easy. It will be able to bring the temperature down much quicker and making your journey much pleasant.