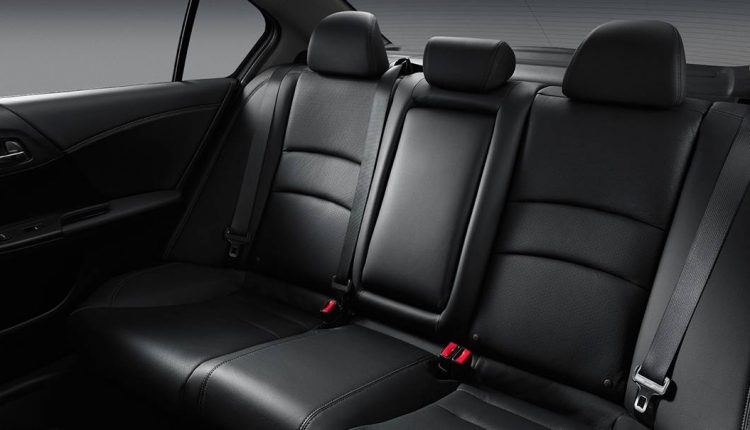 Not Wearing Seat Belts In The Rear Seat ? Think Again!

There is also a chance you were driving with your kids in the back seat and they were not buckled up or were not in a proper child restraint system / child seat/ booster seat. This is a universal truth that seat belts for the driver and front seat passenger are matter of life and death. Statistical crash and scientific experimental data confirms that seat belts saves life.

The rear seat belts have same importance as the front seats and the reason is the rear seat passengers are travelling with same speed and in same time. The rear seat passenger will experience same forces as front seat in case of any crash. In fact studies have now confirmed that, if you are not using seat belts in the rear seats, there is likelihood that you will not only seriously injure yourself but there is high probability and you can seriously injure or even kill a belted driver or belted passenger in front seat. The rear seats belts are also very important in case of rear ending accident, as it will push the occupants forward and if they are not belted, they can have serious consequences.

A normal size/ weight adult not wearing a seat belt in the rear seats in frontal crash at 50KM/hr can exert an approximate force of 3.5 Tons ; the impact force enough for fatal brain and other organ damage for both front and rear occupants. Real data has confirmed that many serious injuries and deaths to the belted front seat occupants were because of un-belted rear passengers. Skull fracture, brain damage and concussion is very common for rear seat un-belted occupants.

If you are in back seat and you are not wearing seat belts; the front seat is not there to save you… It will for sure stop you and can severely injure you or even  kill you.  Kids must wear seat belts or should be in proper child seat. Being lighter in weight, lesser forces are enough to eject them outside the car. Seat belts save lives and in the rear seats that is your main protection in case of impact.  It will keep you restrained in place and possibly stop you from ejecting out of the car in case of an unfortunate event.  Many municipalities and cities around the globe has started implementing the law to make use of rear seat belts mandatory as well. Currently there are punishable laws for not wearing seat belts in front seats, Why wait for the law to force you get buckled up in back seats.

We always cry and complain for not having enough safety equipment provided in our cars. Whatever is provided at least start using it. The seat belts in the back seats are not showpiece , artifacts. Please use them. If you are driver, please make sure you enforce rear passengers to buckle up as well. Rear seat un-belted occupants are 3 times more likely to die in a crash. Drive Safe!

Pakistan To Get First Ever Euro 5 Diesel by PSO