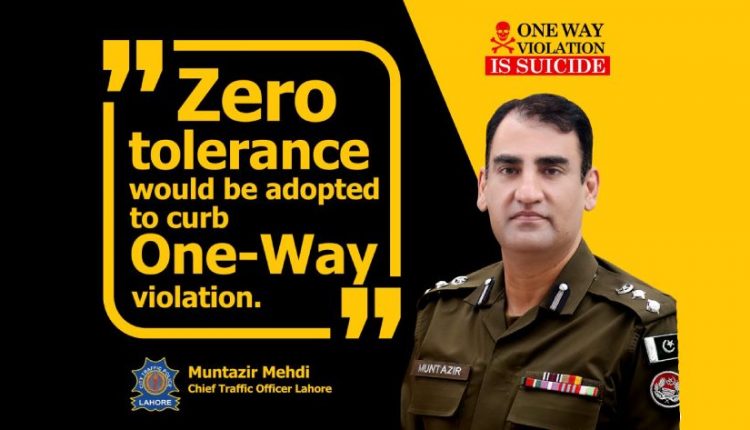 One-Way Rule Violators Will Have Their License SUSPENDED!

Traffic Police are doing their best to maintain discipline on the roads of Pakistan. Traffic wardens are doing duties of more than eight hours a day in this scorching heat. Still, the number of road accidents are increasing on the part of irresponsible citizens. That is why City Traffic Police Lahore has decided to take strict action against traffic violators. Since one-way violators cause the most accidents on the roads, the Lahore Traffic Police are suspending their driving licenses.

Chief Traffic Officer (CTO) Lahore, Muntazir Mehdi, has ordered a crackdown against the drivers who violate the one-way traffic rule. The police have already issued 1,435 challans, confiscated 48 vehicles, and suspended four driving licenses in one day.

CTO Lahore, Muntazir Mehdi, has ordered the traffic wardens to issue challans and suspend the driving licenses of one-way violators. He said, “A minor mistake can lead to a big loss. One-way violators not only put their lives in danger but other road users as well. Someone who does such a dangerous act has no right to have a driving license.”

The CTO Lahore further added that the police have started the implementation of this crackdown against traffic violators, and, InShaAllah, you will see a difference very soon.

Upon the license suspension of one-way traffic violators, the CTO Lahore said that the police will formulate proper SOPs to judge the degree of the dangerous act of drivers. Depending on the extent of danger caused, the police will suspend their licenses for one, two, or six months. The license will be reinstated after the said time. If a person is found guilty of the same violation in the future, the police will take even stricter action immediately.

Recently. Punjab traffic police have doubled all challan fees to keep the drivers in check, and now the Lahore Traffic Police has started the suspension of licenses. We request you all to respect the dedication of our traffic police, and please follow the traffic rules for your own safety and the safety of others on the road.

Pay Your Vehicle Token Tax Before July 1, Else..