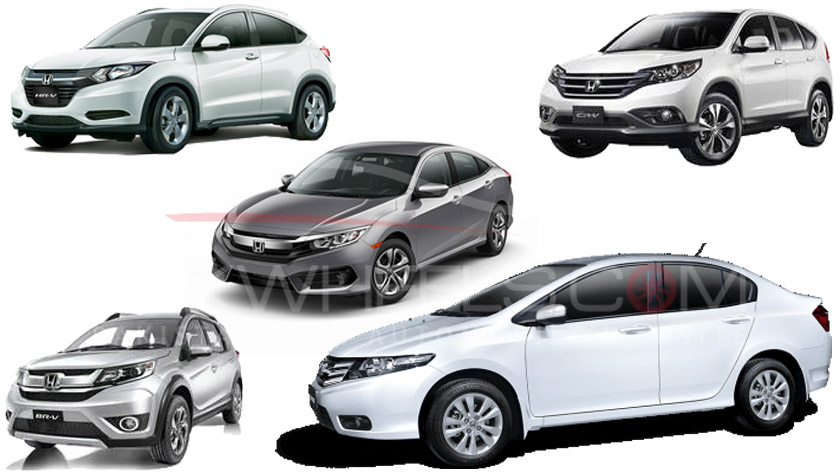 Letter related to Pak Armed Forces regarding provision of cars is fake: Minister

For the past many days, a confidential letter related to Pak Armed Forces has been circulating on social sites, which states that the authority is getting 2550 staff cars from Honda Pakistan.

After much fuss, Shireen Mazari, Minister of Human Rights of Pakistan has harshly termed the letter as fake and said “Oh for heaven sakes the letter is an obvious fake as well as an absurdity! But carry on if it allows a catharsis for some!”

Oh for heaven sakes the letter is an obvious fake as well as an absurdity! But carry on if it allows a catharsis for some! https://t.co/GVzwJiVWgN

One of the clauses of the letter reads, Under the provision of Para 85 and Part C of Armed Forces Regulation (Power of Administrative Sanction) and Government of Pakistan Ministry of Defence (Defence Division) letter DP No. 54/D/GHQ Dated 08th March, 2014 necessity is hereby accepted and administrative approval for the “Provision of 2550 staff cars for Pakistan Armed Forces from Honda Atlas Cars Pakistan Limited” an estimated cost of Rs. 4057 (Four Thousand and Fifty-Seven Million only) as attached index A.

See the letter below: 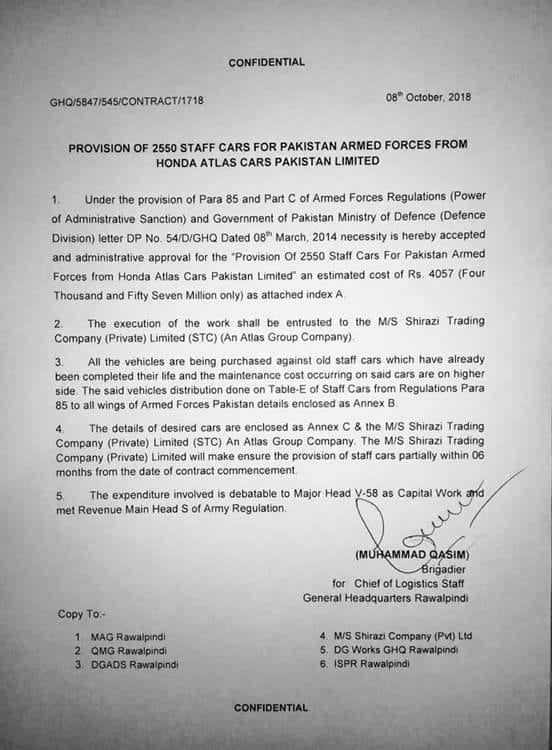 Let’s wait and see, how the story unfolds, until then stay tuned to PakWheels.com for updates.