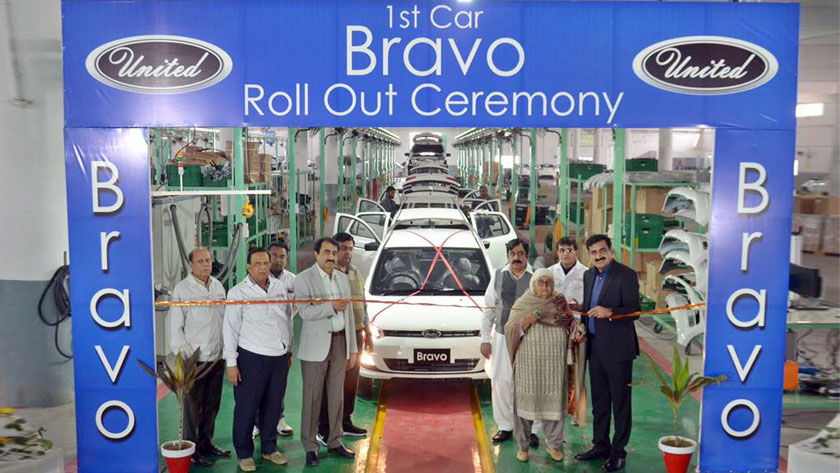 In recent months, Pakwheels extensively reported about the upcoming vehicles entering the local market. But there is one special car that always kept our readers on toes and that is “United Bravo”. After repeated delays, at last United Motors officially launched the vehicle at an exclusive event in Lahore on September 8th, 2018. The display vehicles at launch were completely built units (CBU). Company officials back then promised that the local manufacturing will start soon with delivery scheduled for December 2018.

Read Also: Is United BRAVO another Suzuki Mehran in the making?

Finally, on 26th November 2018, United Motors officially rolled out the first ever locally assembled United Bravo. With the launch of this car, United Motors, along with Toyota, Honda, Suzuki, and FAW, becomes the sixth company to join the league of assembling passenger cars in Pakistan. As far as the plant capacity is concerned, United Motors has not revealed anything, but the company has ensured car deliveries on given time. Below you can find the official booking instructions: For now, the car is available in three colors; White, Grey, and Silver with detailed specifications as under: The display vehicles at the launch were extensively criticized for the poor quality finish, paint, and panels. If such things are visible on your launch day, it surely raises red flags about the quality of workmanship in the components, which are not visible to the naked eye. We hope and wish United becomes successful with their product offerings and the customer gets better vehicles. The nation has put all their trust behind them and their product, now it’s time for United to act upon it accordingly.

Once the local production model arrives at the dealership, PakWheels.com will update its followers with a detailed video review. Till then stay tuned!