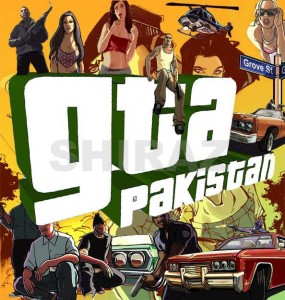 A political party’s leader was shot five times which he survived, however, violence ensued on the roads where again, unidentified men opened in-discriminatory fire upon innocent civilians doing about their daily routine.

The solution sought by Sindh Police towards yesterday’s violence in Karachi was – ban pillion riding instead of catching the criminals. Whether they belong to anything or anywhere, criminals are criminals. However, arrests are being made but the incompetent law enforcement agencies lack the expertise towards making a successful case against an accused therefore the suspect rot in captivity for years until courts deems them innocent and release them.

Meanwhile in Lahore, Police resorted towards a dim-witted yet similar idea to control car-theft. Instead of arresting gangsters involved in auto-theft, the City Police punctured atleast 50 cars parked outside GCU (Government College University, Lahore) at spots deemed vulnerable to auto-theft.

Students upon their return were dumbfounded at Police’s strategy to save their cars by damaging them. Police actually violated its sworn oath which is to protect lives and property of citizens and actually caused nuisance to students when they started to seek tyre shops nearby but there weren’t any.

The police have launched tyre puncturing campaign to discourage car-theft through annoying and rude means which will not bear fruit as they puncture cars parked at spots vulnerable to car-theft, which are lonesome spots and where other street-crimes such as mobile snatching can be easily done.

Both ban on pillion riding and puncturing of cars are short-sighted attempts to sabotage crimes associated with them.