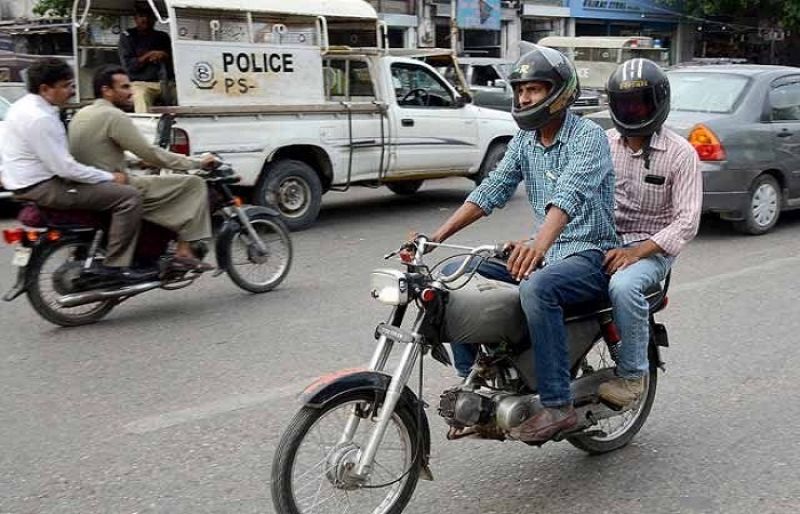 After Lahore’s traffic police clamping down on bikers for not wearing a helmet, starting from Monday, 12th November 2018, Quetta police have also decided to go after the violators, reports a local media outlet.

At the initial phase, the officers gave awareness about safety for riding, and now have started taking action against the people who found violating laws. Traffic Sergeant Rana Amjad while speaking to the media said that the authority will go after violators without any exception; whether its government official or otherwise.

Read Also: Traffic police extends the time for pillions to wear a helmet while riding the bike

Lahore Traffic Police for quite some town is going after traffic violators. As per the order of Lahore High Court, the authority is strictly curbing down on underage drivers. Furthermore, traffic police will also harshly crackdown on pillion riders from 1st of December 2018, if they found them without a helmet.

The authority, at the end of September 2018, barred bikers who are not wearing a helmet from entering the Mall road and till now has issued thousands of tickets to violators in the process. The iron steps are being taken to ensure the safety of the bikers, traffic police asserted in a public service message. Additionally, people who are driving vehicles without keeping driving license while driving or don’t have any will face serious fines, after December 2018.

Pak Suzuki increases the price of its CBUs