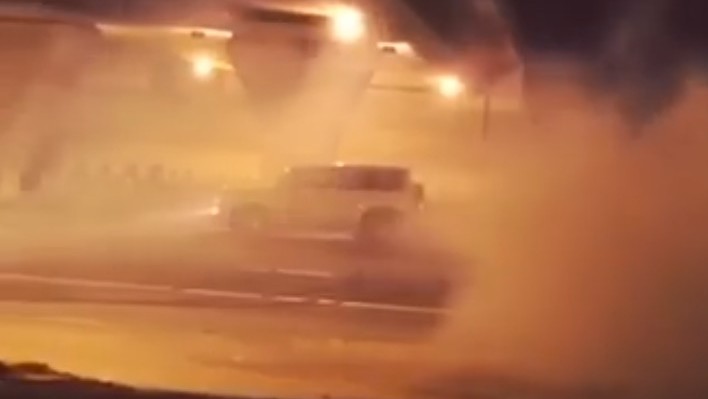 Reckless Driver In Dubai Receives A Fine Of 500,000 Dirhams

Driving comes with a lot of responsibility. Once you are behind the wheel, you are not only responsible for your own actions but you are also responsible for the safety of others as well. Sadly sometimes, few drivers overlook this fact and take things for granted and act carelessly, especially on public roads, which either result in harm to themselves or others. Once you are on the roads and behind the wheel, you are sharing the road with not only other motorists but also with pedestrians, and safety of everyone in the vicinity should always be the priority.

Though law enforcement departments try their best to catch violators and summon them with fines or even jail time, not everyone gets caught. Only few examples get surfaced while still a large numbers of drivers sneak away from the police. Some countries have very tough road and traffic laws, and if you get caught, it will not only hurt you financially, through fines and sometimes even court fees and charges in extreme cases, but the violation goes on to your driving license record and can jump up your insurance premiums. Like recently in Finland, a fine of 54,024 euros was issued on speeding.

In Middle Eastern countries, there is a serious issue of rash driving and drifting on public roads and I am sure everyone of us have seen the crazy and dangerous videos, which unfortunately mostly result in crashes, injuries and even deaths. Dubai Police, which is known for their impressive car fleet, has taken serious initiatives to curb the speeding and, reckless and stunt driving. Recently they have caught a 20 year old driver and slapped him with a huge fine worth $136,122 (Dhr 500,000). The driver was drifting a Nissan Patrol SUV in the middle of the night somewhere on an empty road of Dubai thinking he won’t get caught by the police. Although he sort of looks like a professional drifter doing a stunt on such a large SUV, he was not smart enough when he uploaded the video of his act on social media. Locals in the area had already reported about the noise and reckless driving to the local police and when video went viral, it was too easy for the police to catch the culprit.

Major-General Khamis Matar Al Mazeina, Commander-in-Chief of the Dubai Police, said: “This kind of behavior is unacceptable. We live in a civilized country and the government has shelled out a lot of money to put in place a robust road infrastructure that ensures traffic safety.”

The huge fine will hopefully be a good example to other youngsters to deter them from doing such activities on public roads in Dubai. In Pakistan, we also witness such activities on public roads many times, and almost every time a video of such act gets upload on local racing and automotive Facebook pages. I think its time our police should also get smart and do an undercover sting operation, and use the social media to catch the violators. After all, the aim should be safer roads for everyone.