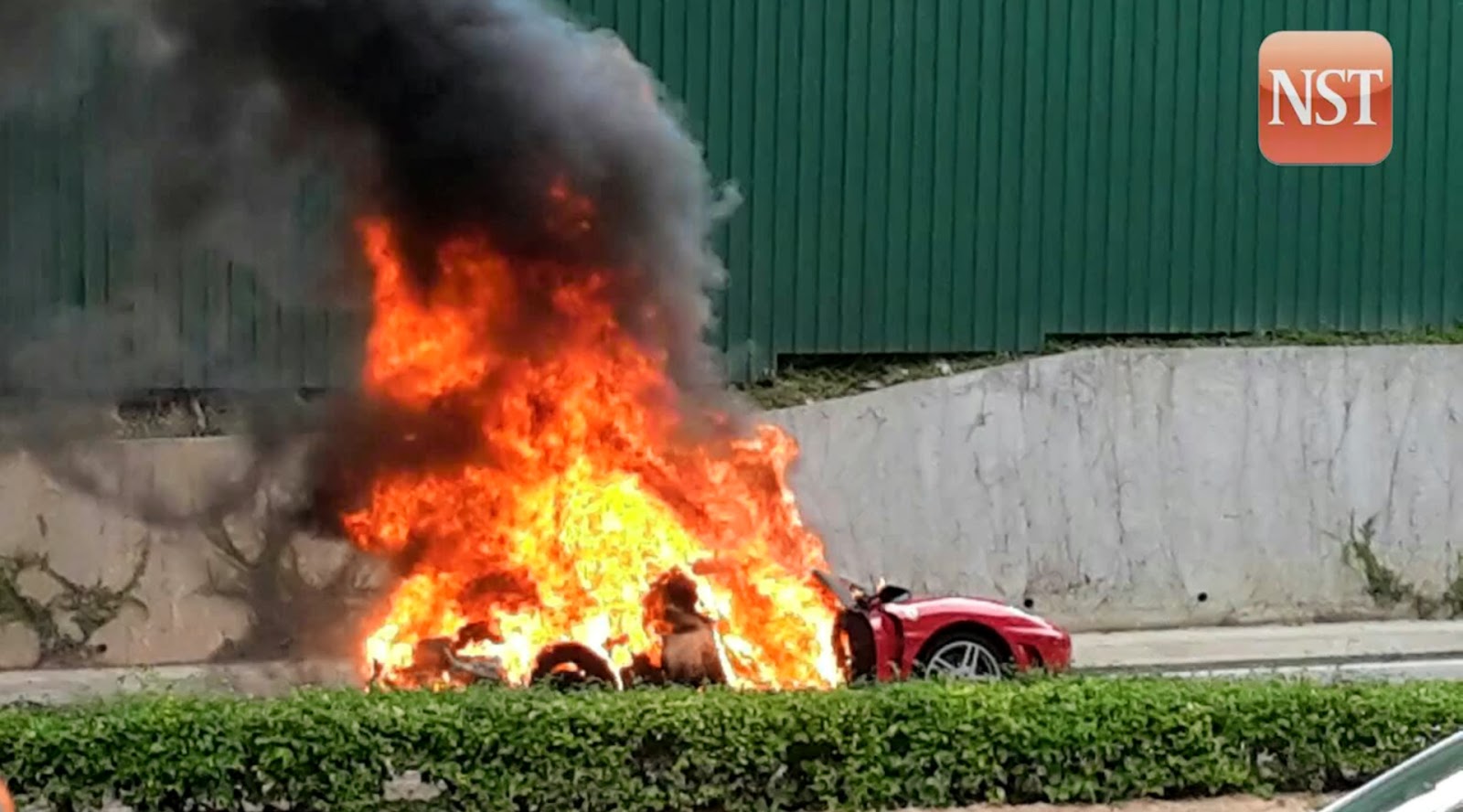 Over the lase two decades, Malaysian economy has seen a steep boom in positive direction. This resulted in many international brands establishing their businesses. Cars are also one them. Many automotive brands have their massive dealers network all across Malaysia. Super-cars are also one them. One can easily spot a sports car of daily basis in major cities like the Kuala Lumpur.

Recently, Malaysia has been in the spotlight in news due to back to back two plane crashes, out of which famous MH 371  is still missing. A little over a year ago we reported about three Lamborghinis reduced to ashes in one super crash. Recently, a Red Ferrari F430 burnt to ashes during rush hour.

According to local news reports, the car was completely destroyed, the driver and passenger survived unscratched.  Obviously, as its a Ferrari, traffic got stand still and people parked their cars along the road to witness the red car in red flames. The car didn’t crash into anything, it just caught fire. Luckily, the occupants survived.

Back in 2010, Ferrari admitted about 458 Italia fire risks and  1,148 Ferrari cars were recalled. There were 5 cars reported with fire and not involved in any accidents. At that time, Ferrari’s investigators found and explained it as under:

“defects in the bonding adhesive used to attach the heat-shield to the wheel arch in each of the five cars”.  However Ferrari said that “ it takes a combination of extreme conditions to actually cause a fire and  Ferrari official said ; Heavy usage of the car, such as driving very fast down a twisty road or up a mountain, will increase the temperature inside the engine bay, if that is combined with extremely high ambient temperatures then this will cause the defamation of the wheel arch, bringing it closer to the exhaust and causing the car to smoke or ignite.”

Well to be honest everyone who buys Ferrari will sure cruise at high speeds. Anyways, all recalled cars were fixed with the new heat shields back then.

Here are some photos: 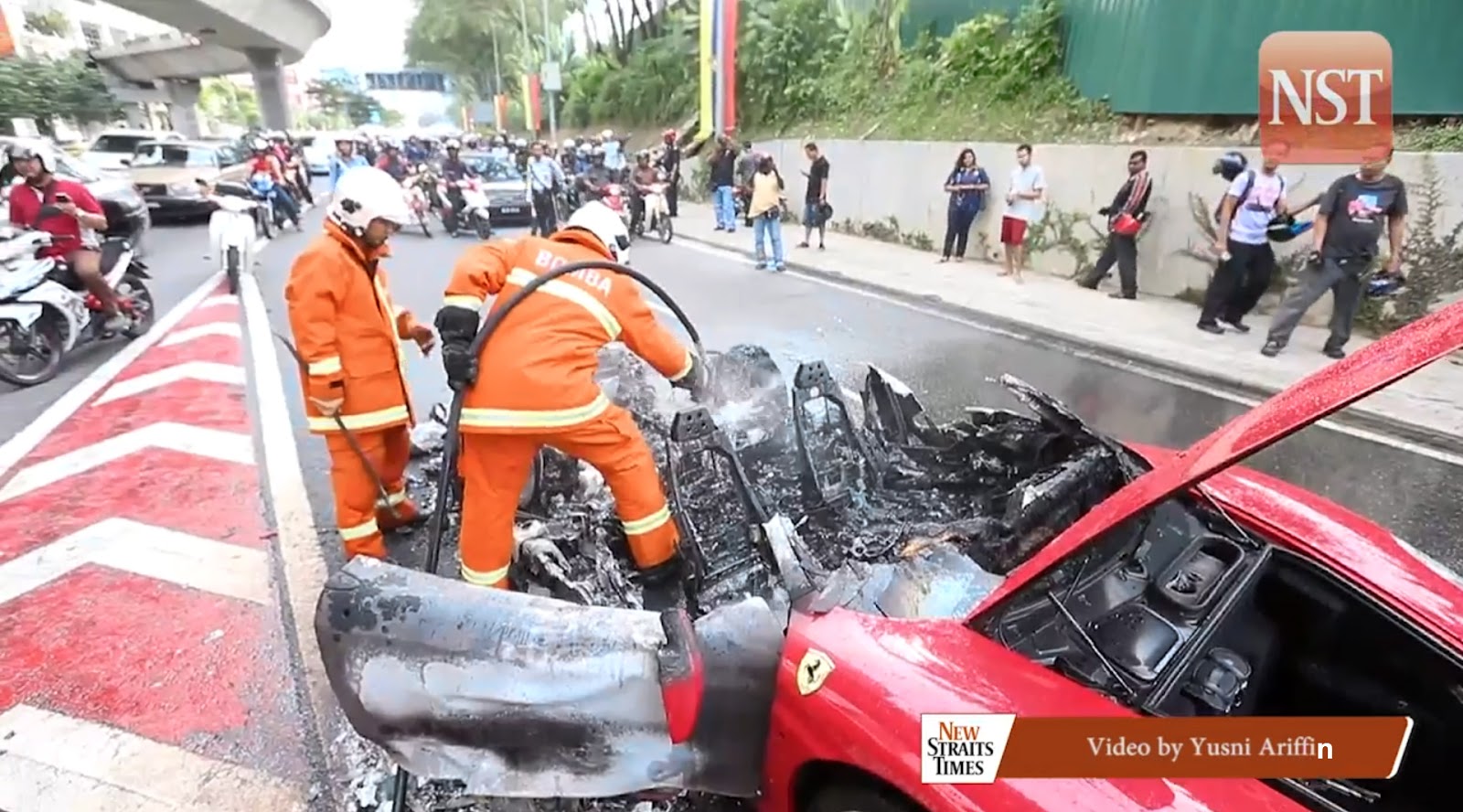 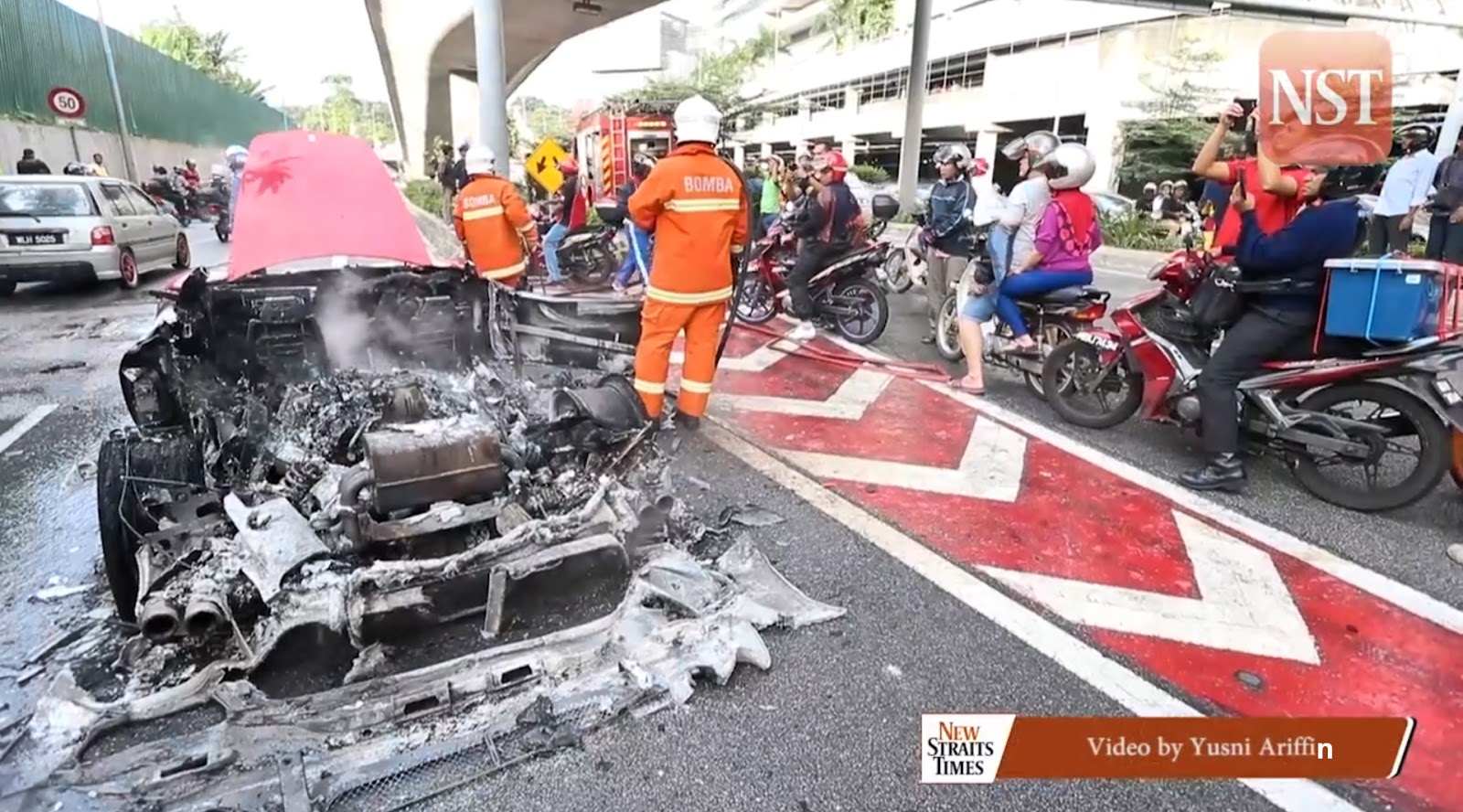 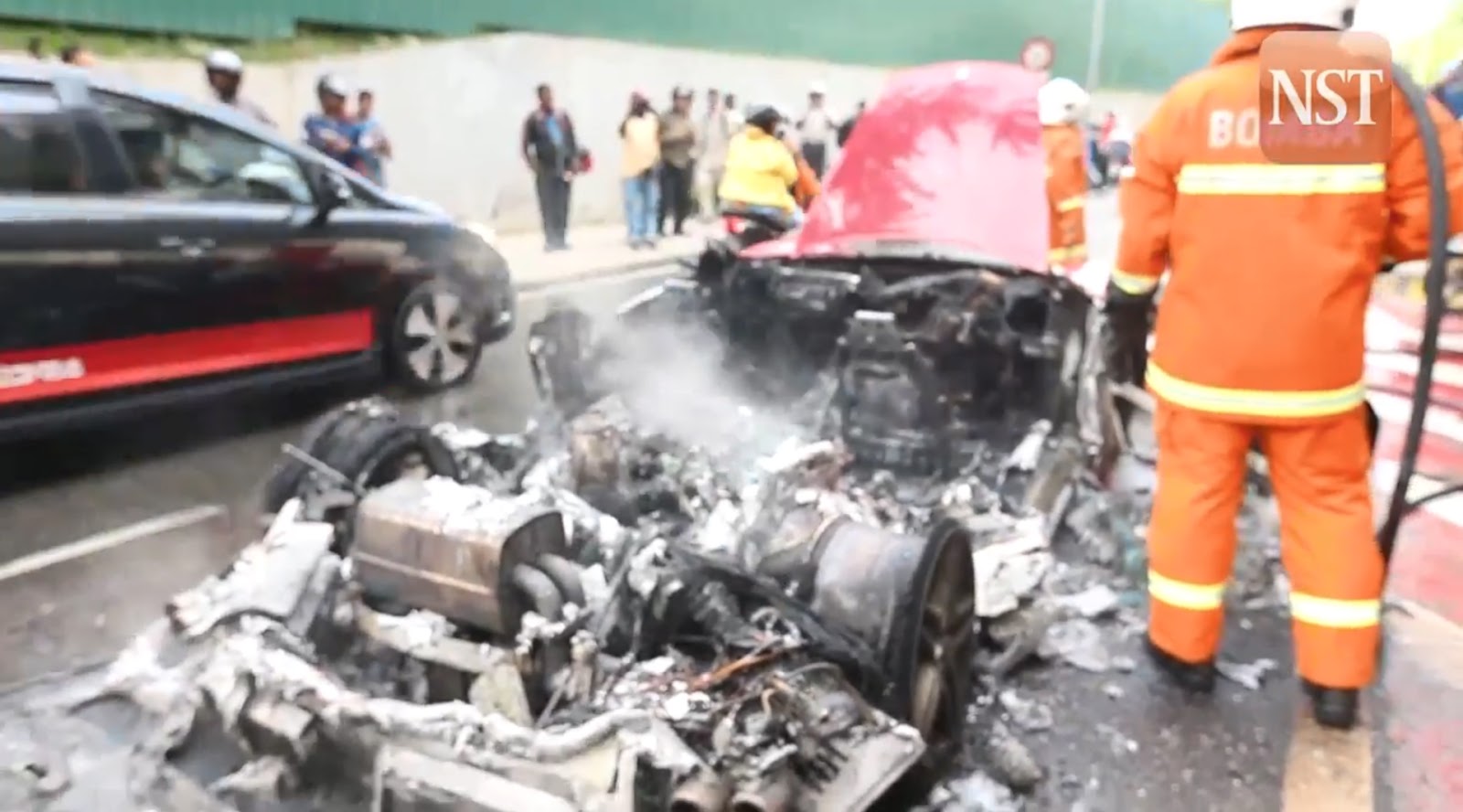 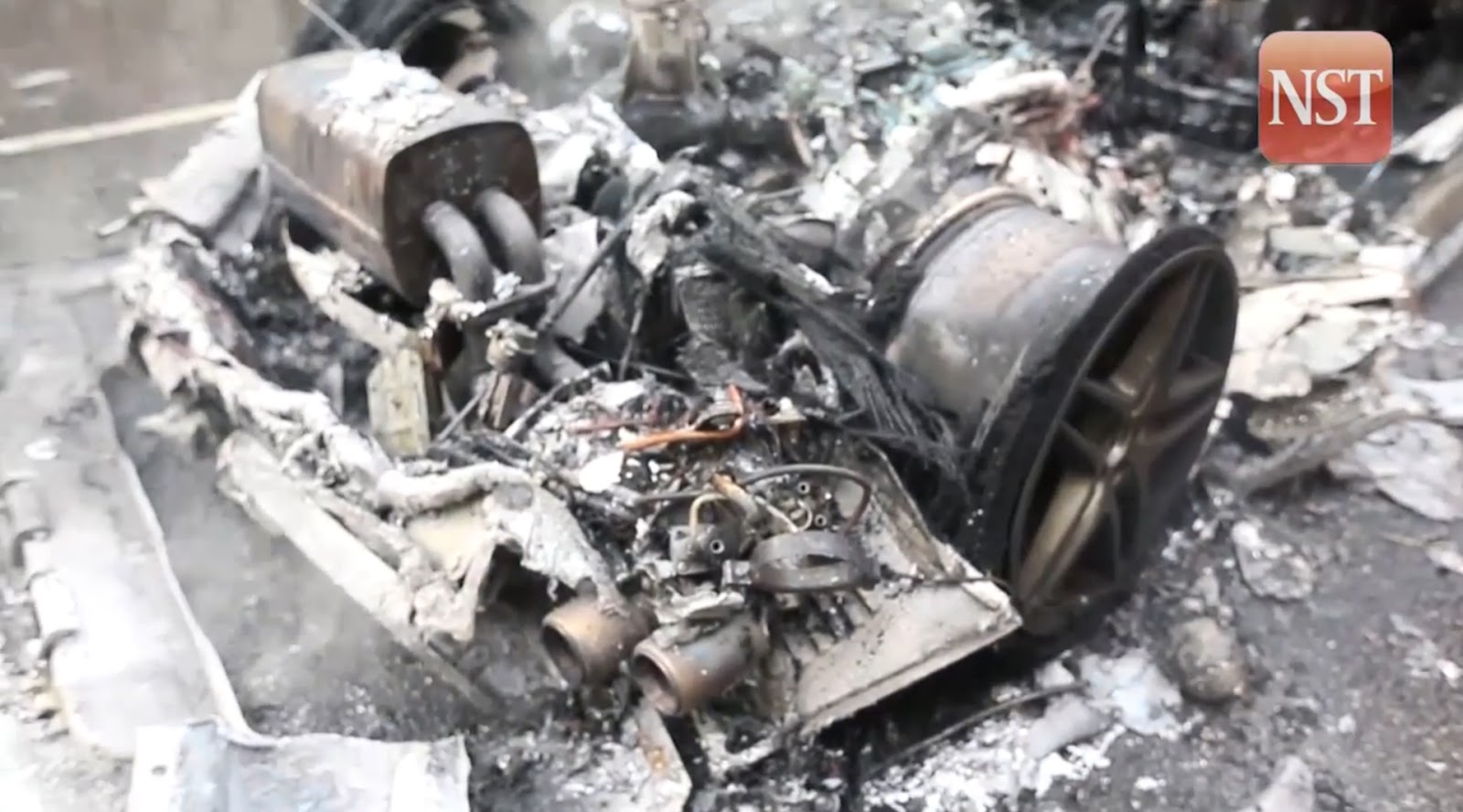 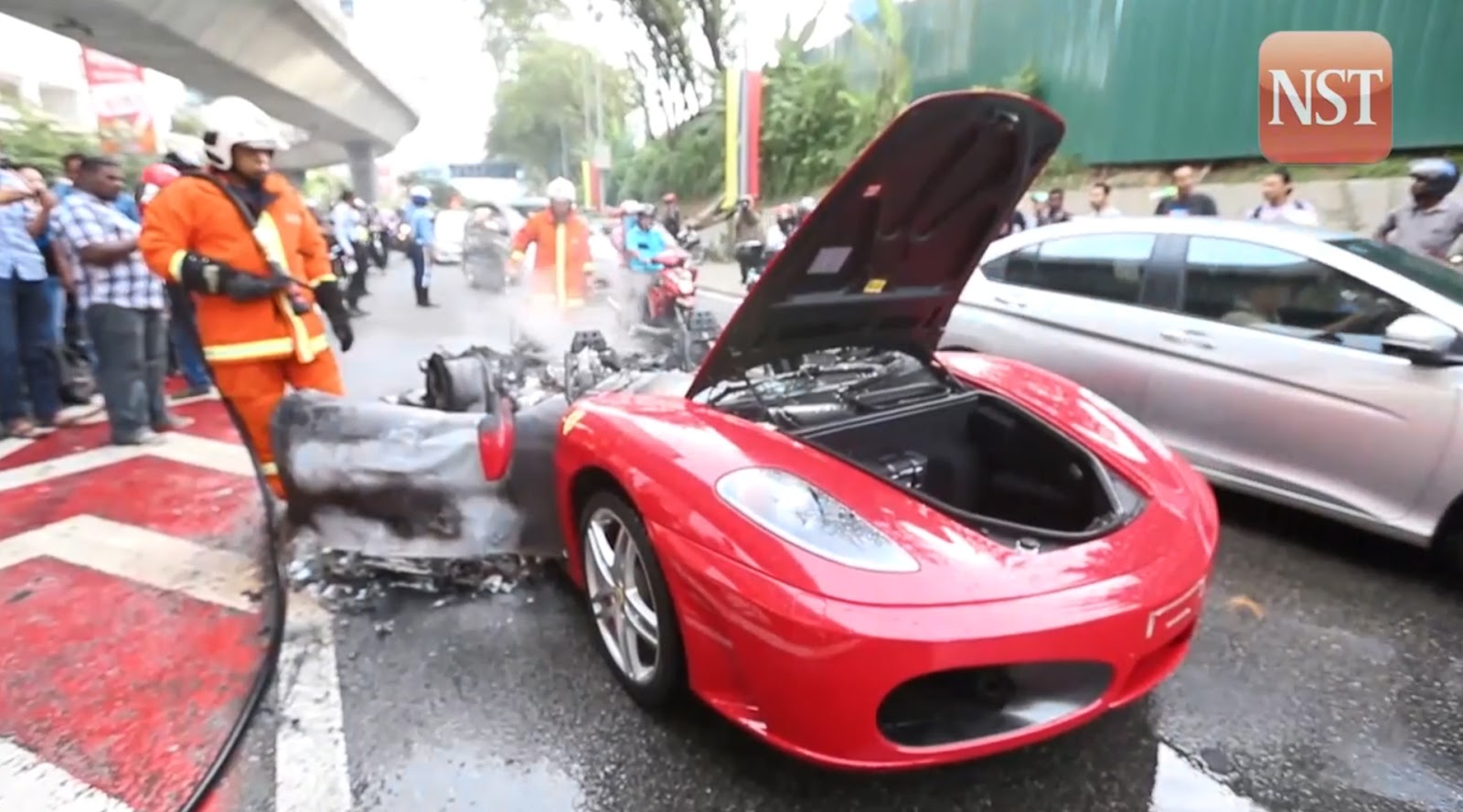 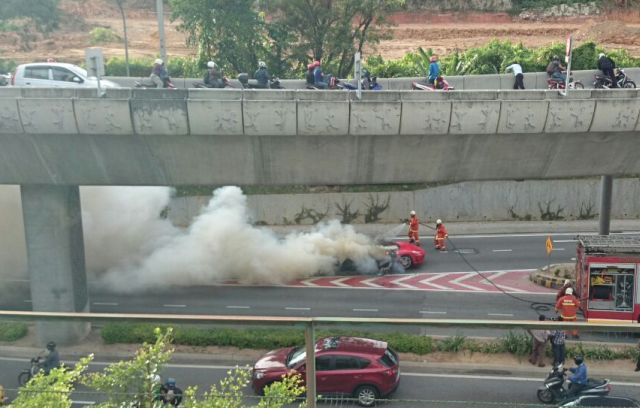