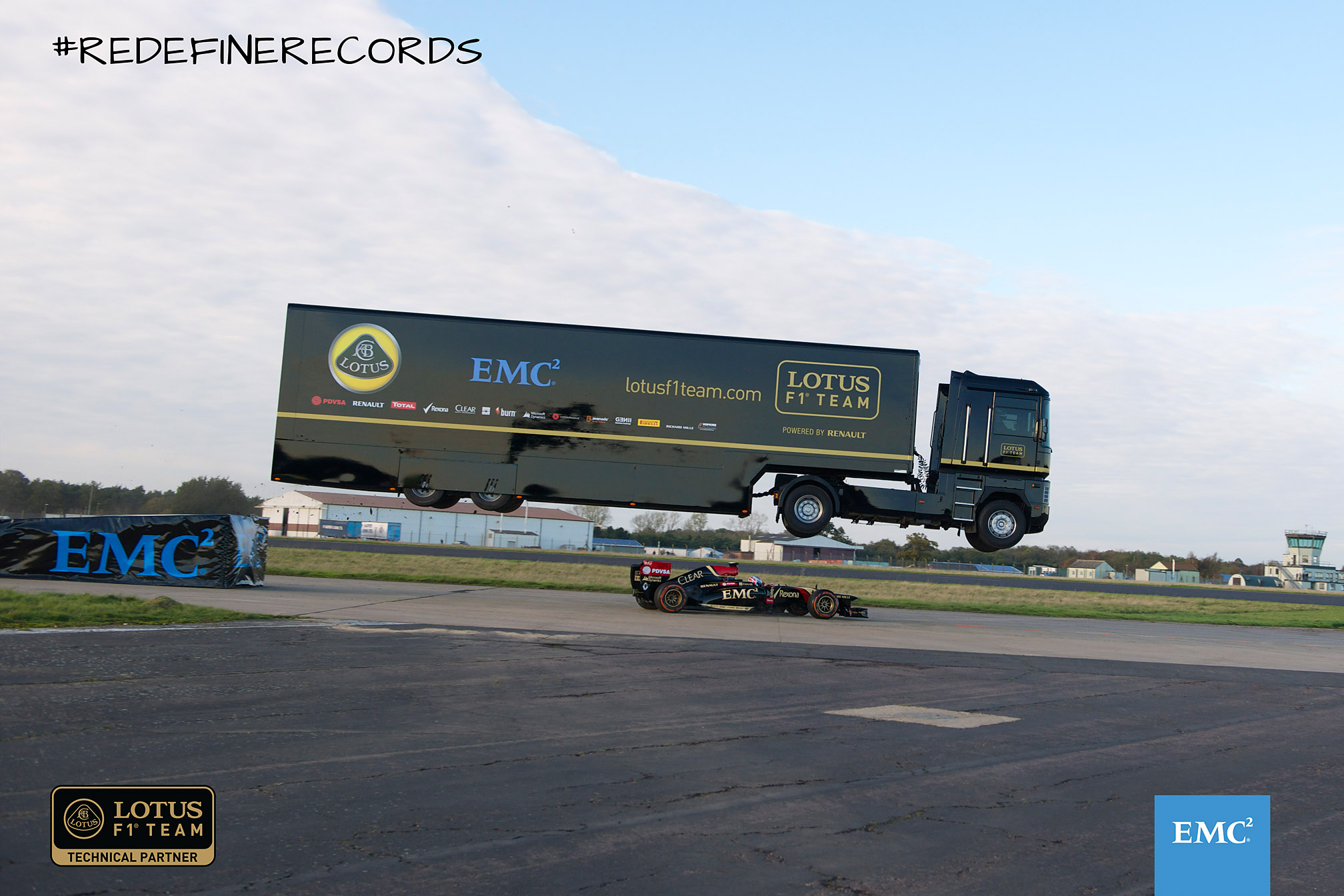 Stunt scenes in movies are very coordinated, planned and expensive to shoot. A lot of budget goes into this. Due to the new computer aided technologies some stunts can be done on computer screens. A few second clip takes hundreds of hours to record. Till now you have been seeing cars or SUVs doing these stunts.

The recent stunt which hit the news feeds is something which will move you to the edge of your couch. A semi truck doing an 83 feet and 7 inches long jump after going over the ramp and landing on its all wheels and making a world record. Stunt director Mike Ryan called it one of his dream stunts as never anyone has even thought about it. Doing it practically will make people think you are insane. But now it has already happened. Both truck driver and F1 driver are professional stunt drivers and have been doing stunts in all famous movies like  Bond, Bourne and Fast & Furious movies. The stunt is recorded as a commercial for  a cloud computing and data management company EMC Enterprise that also works with Lotus F1 team.

Watch the video below

(All images and video courtesy of emc) 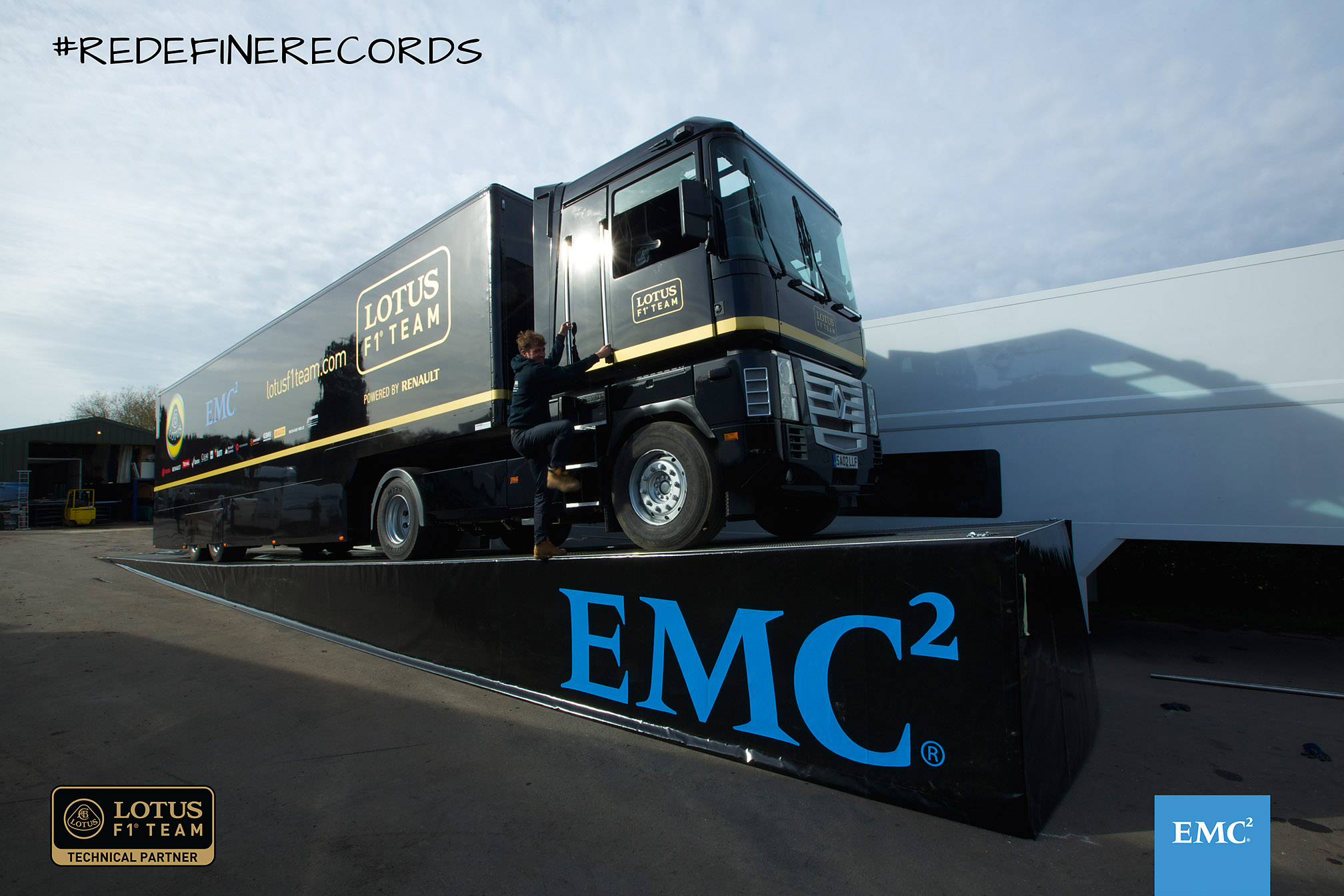 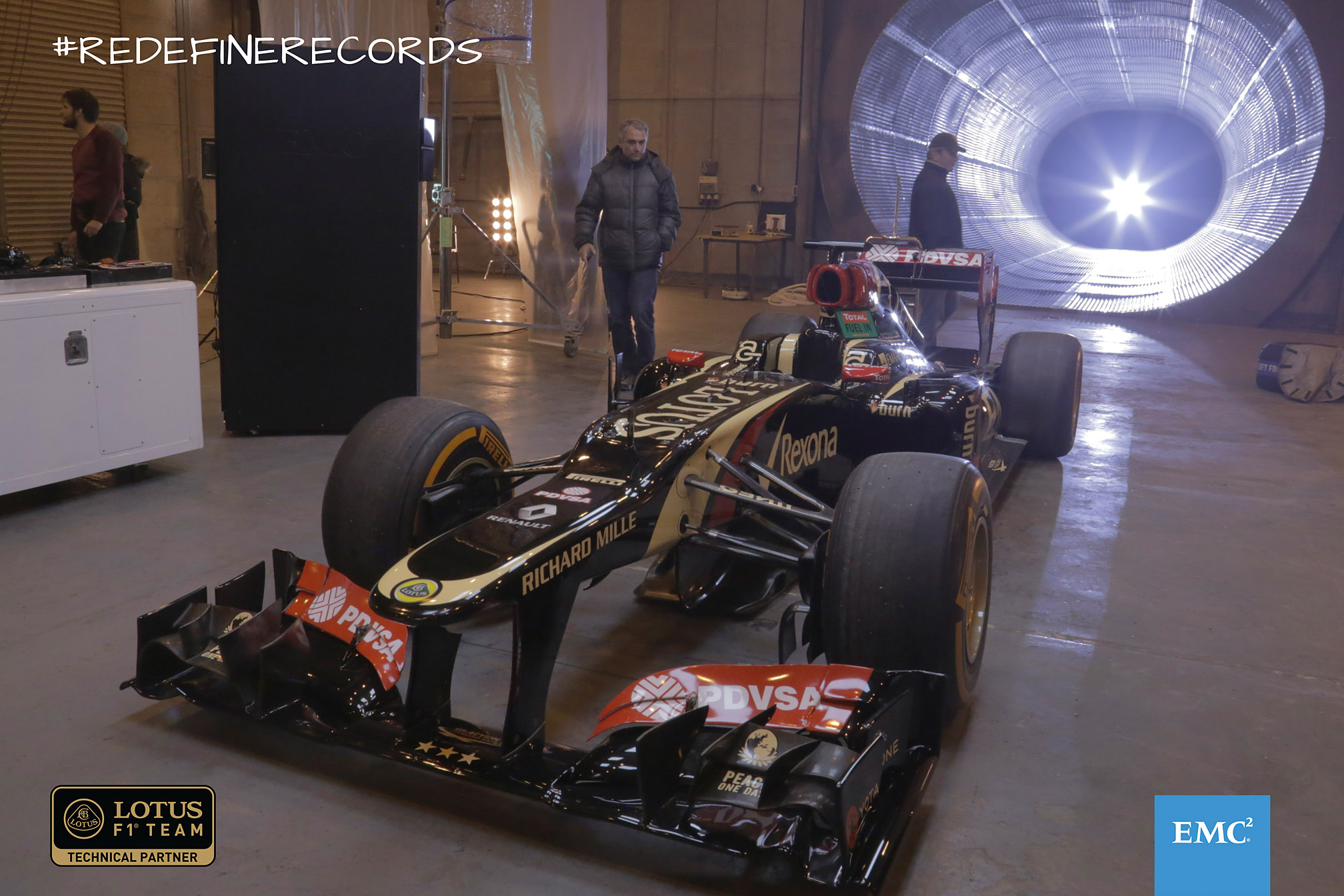 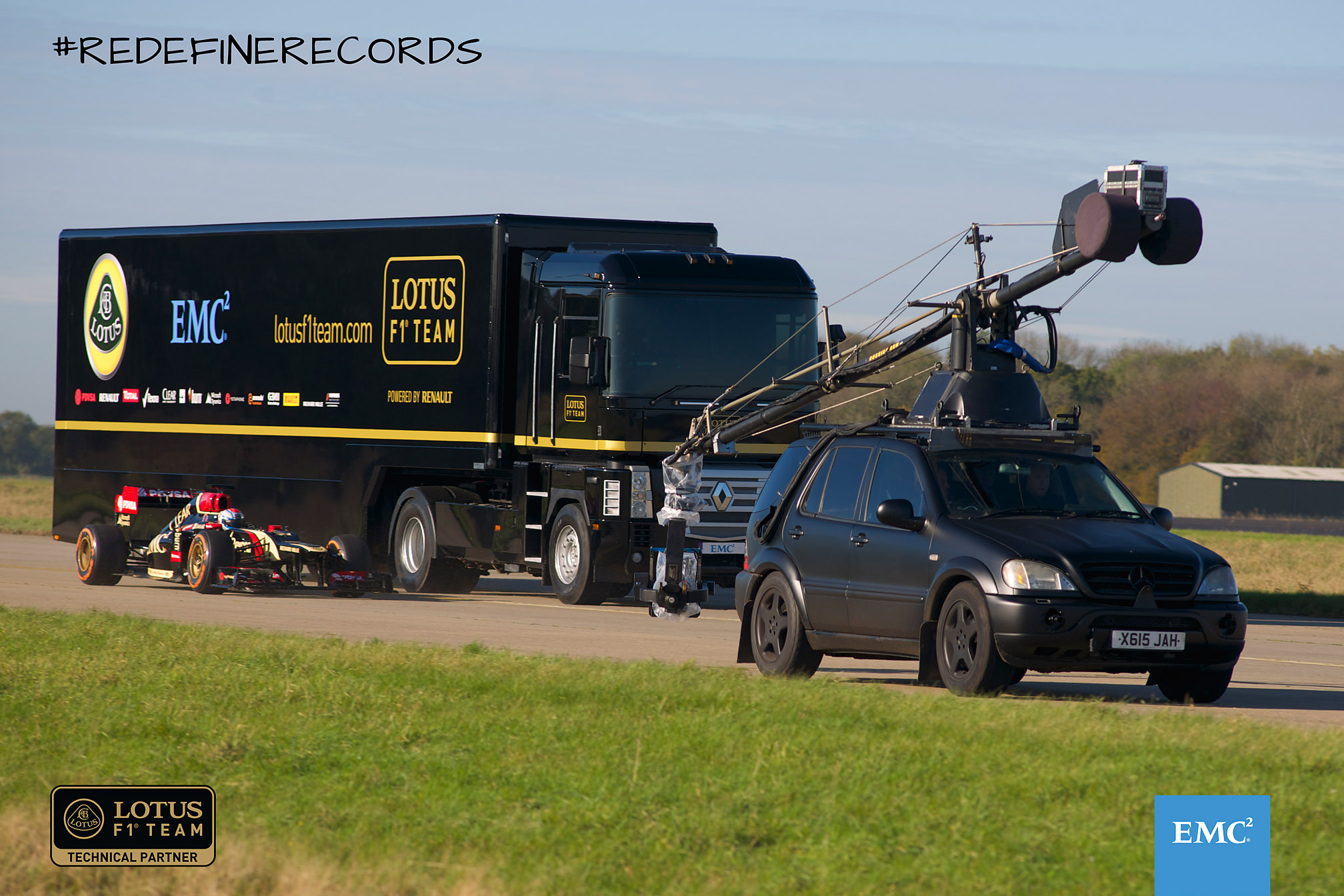 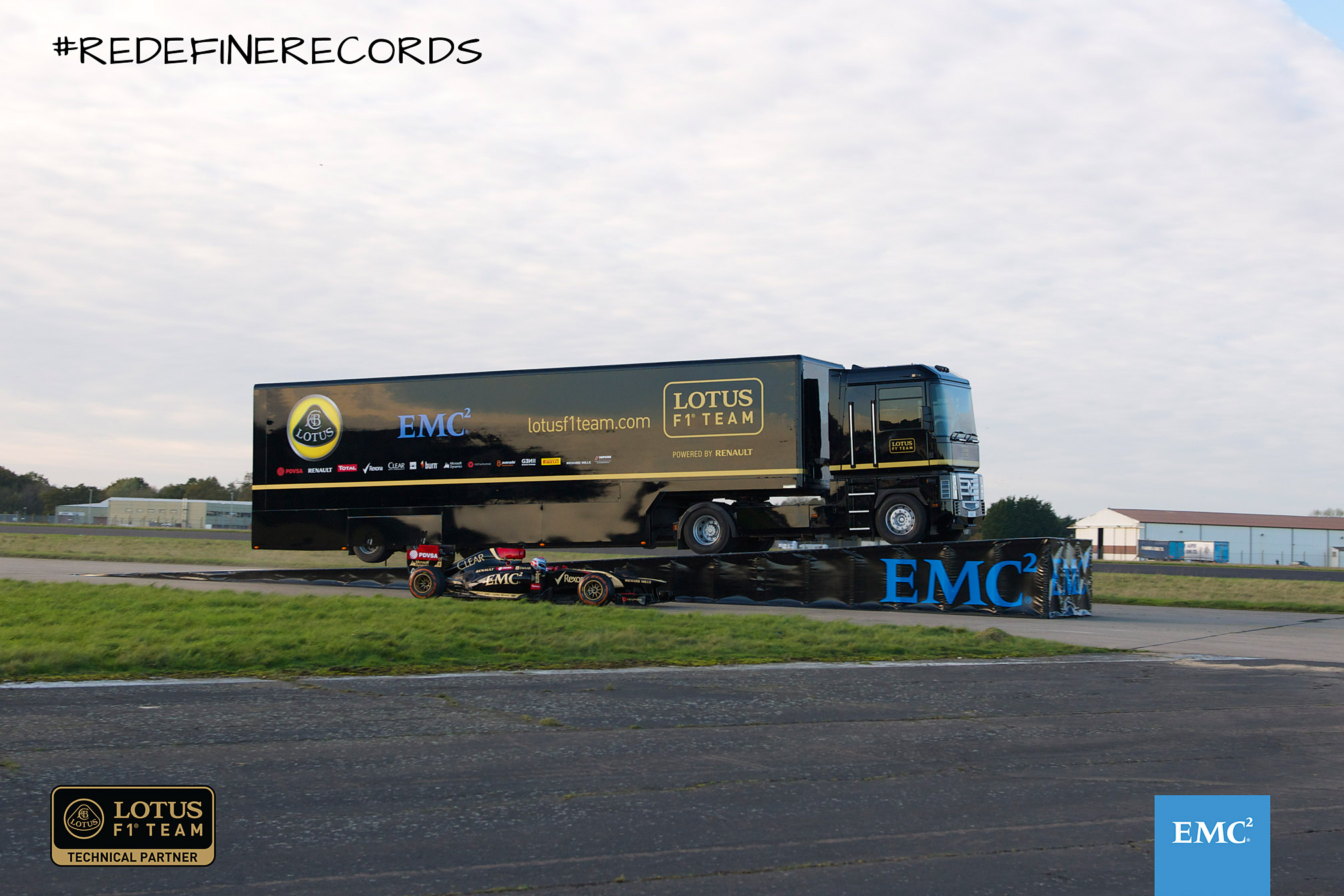 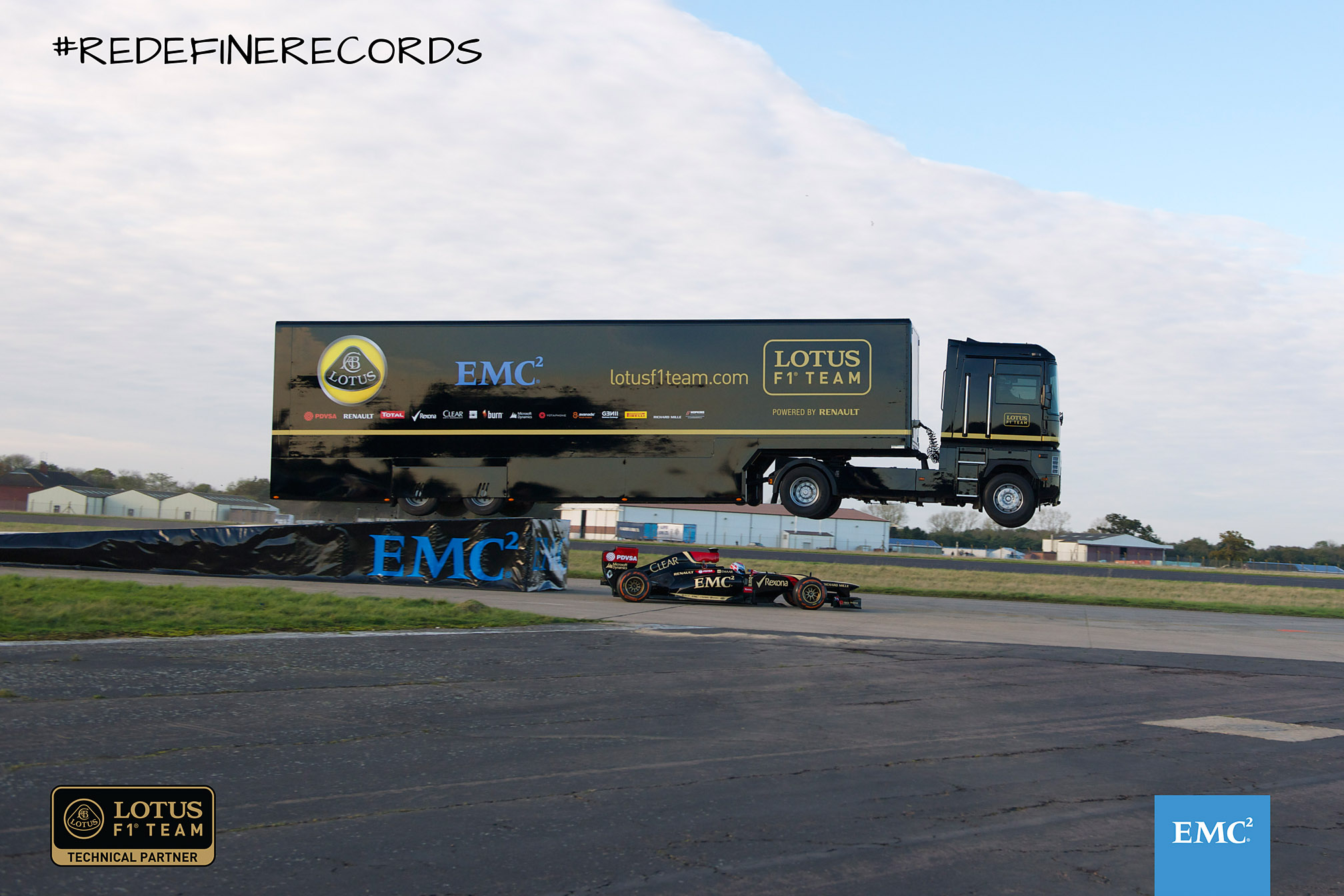 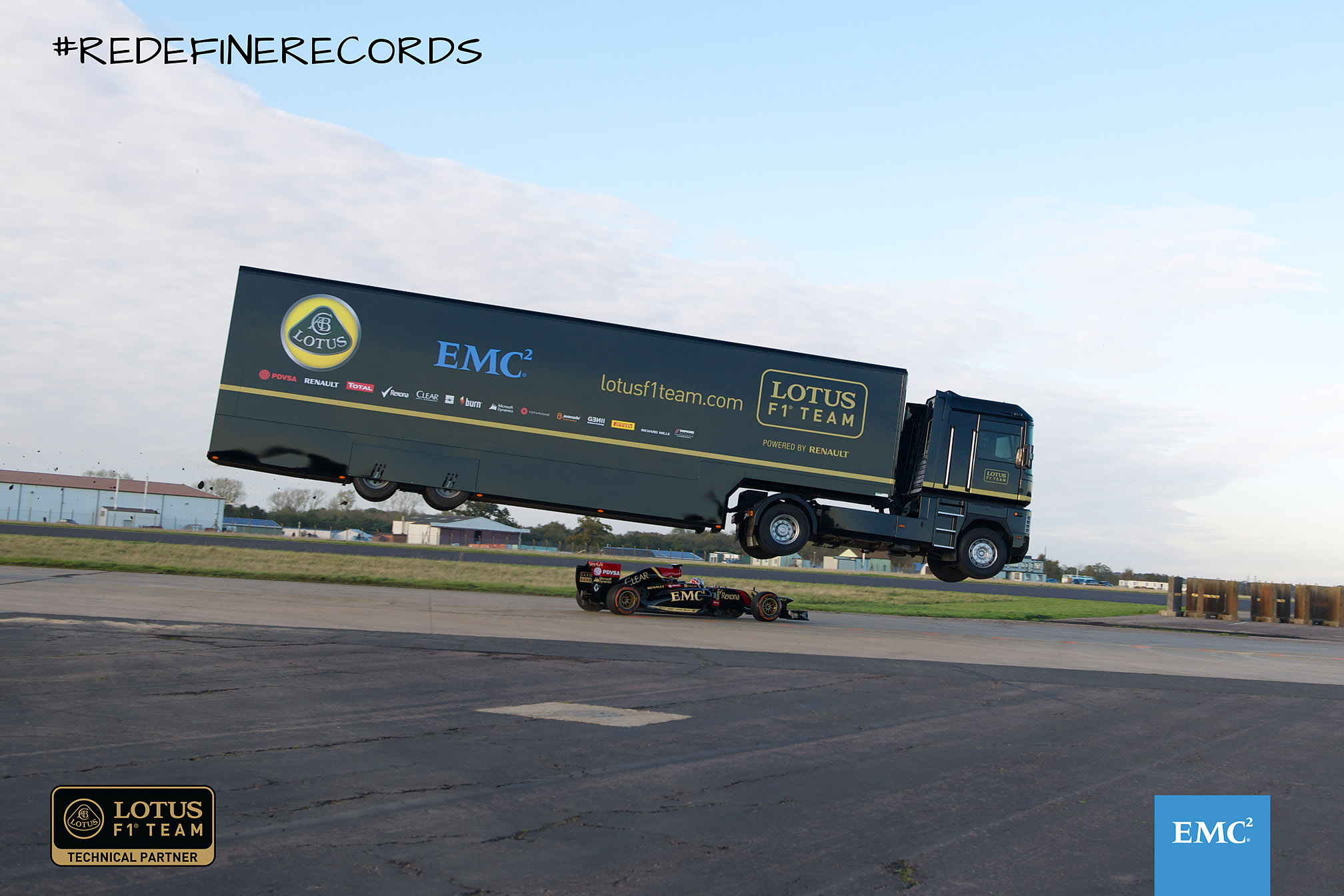 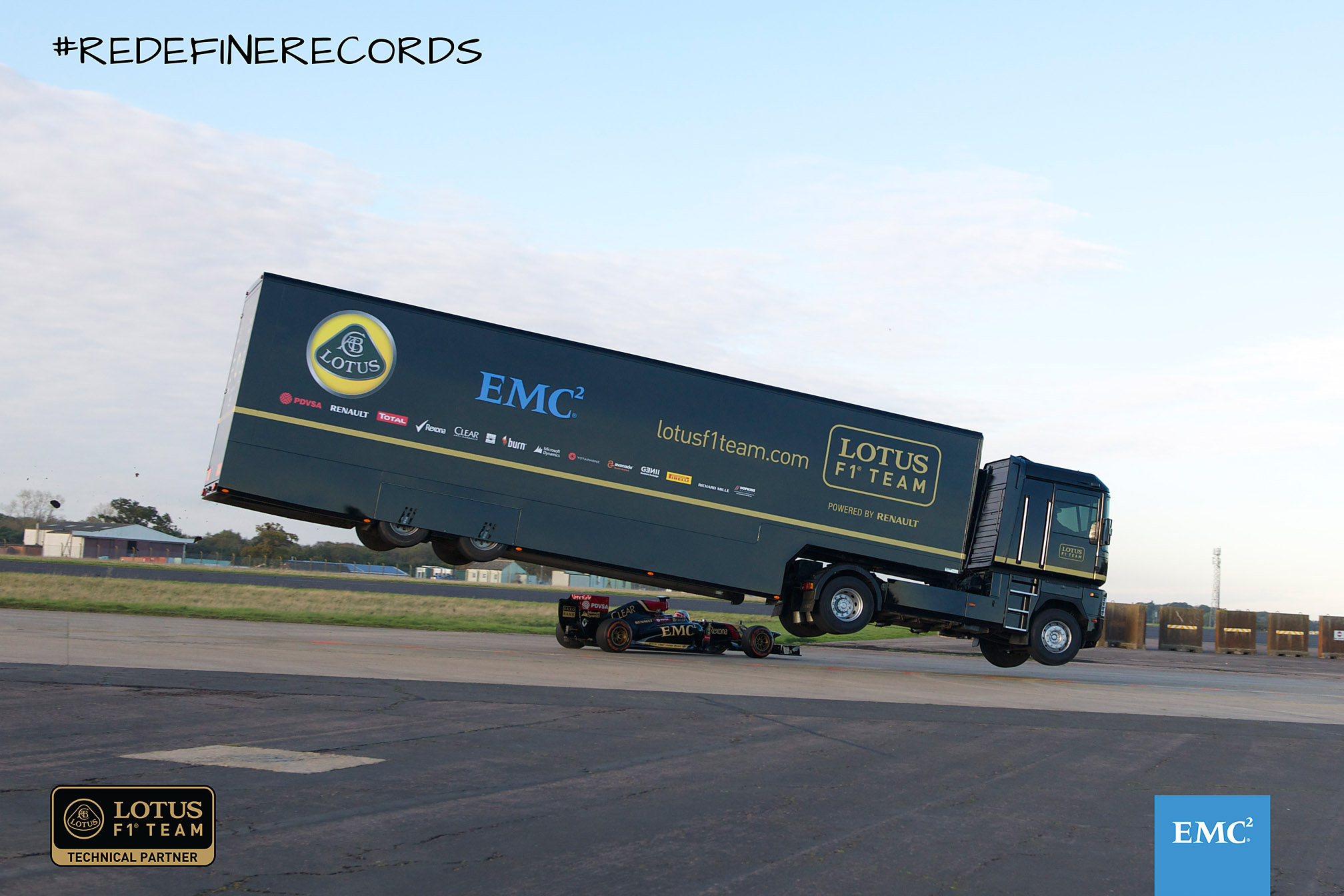 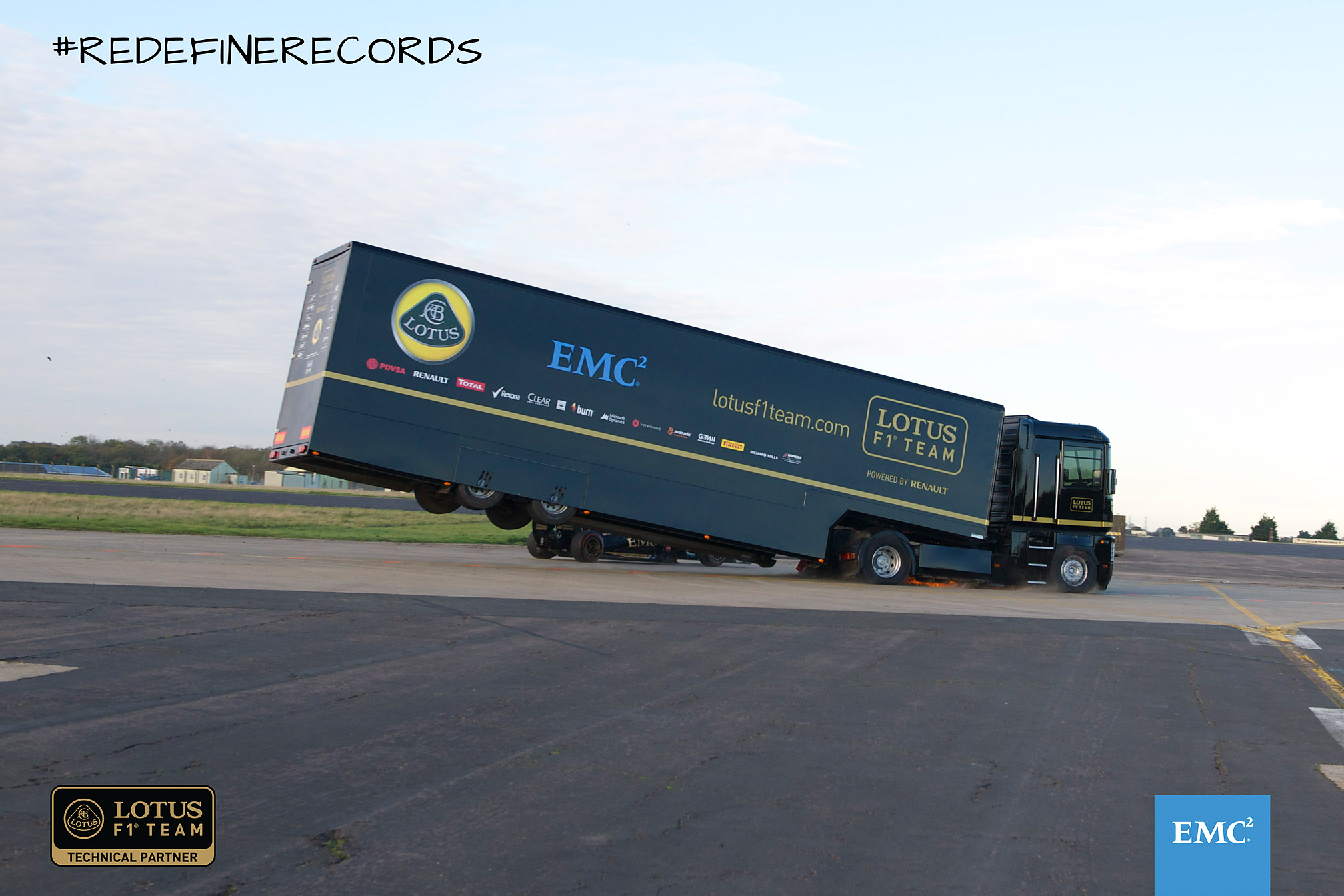 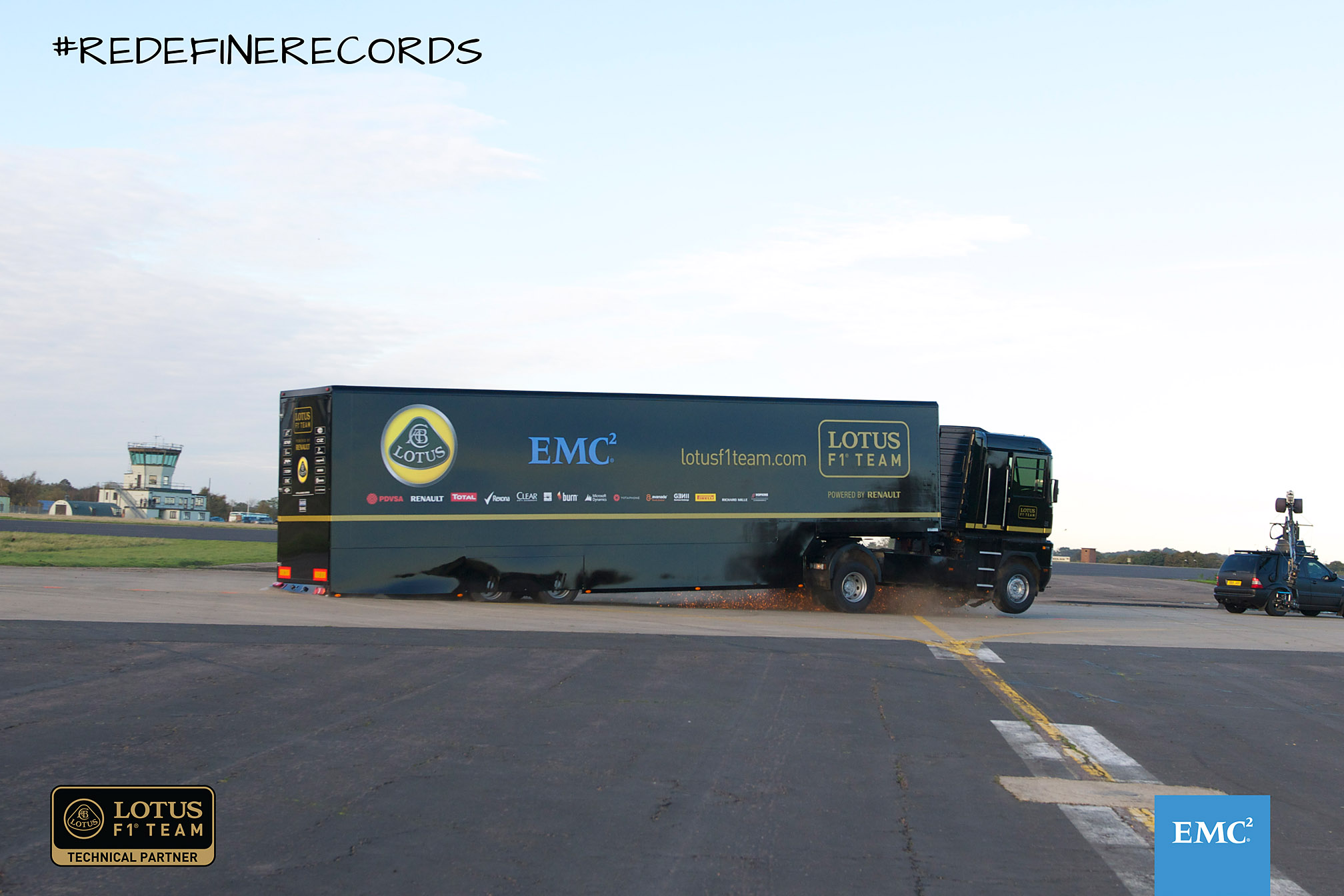 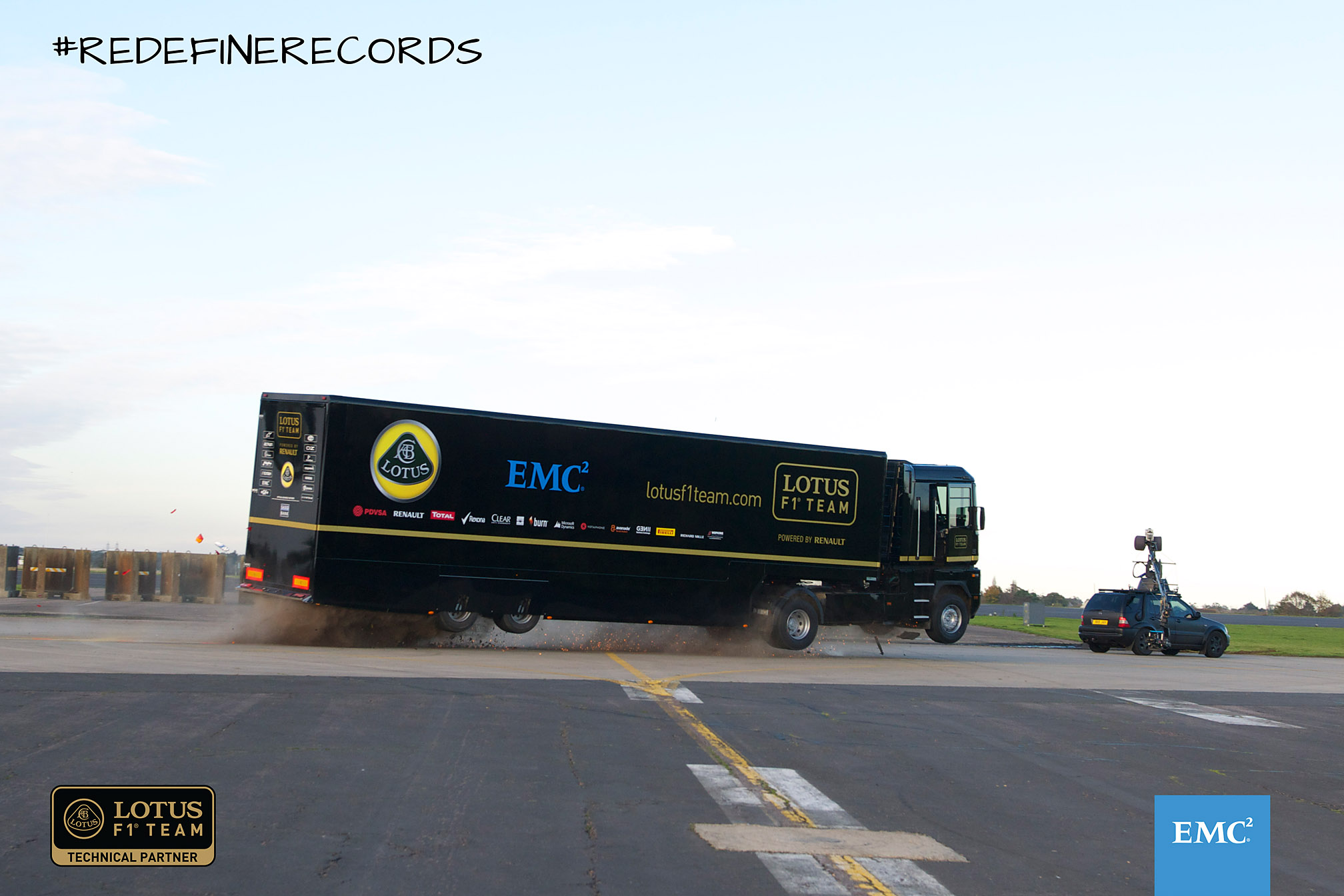 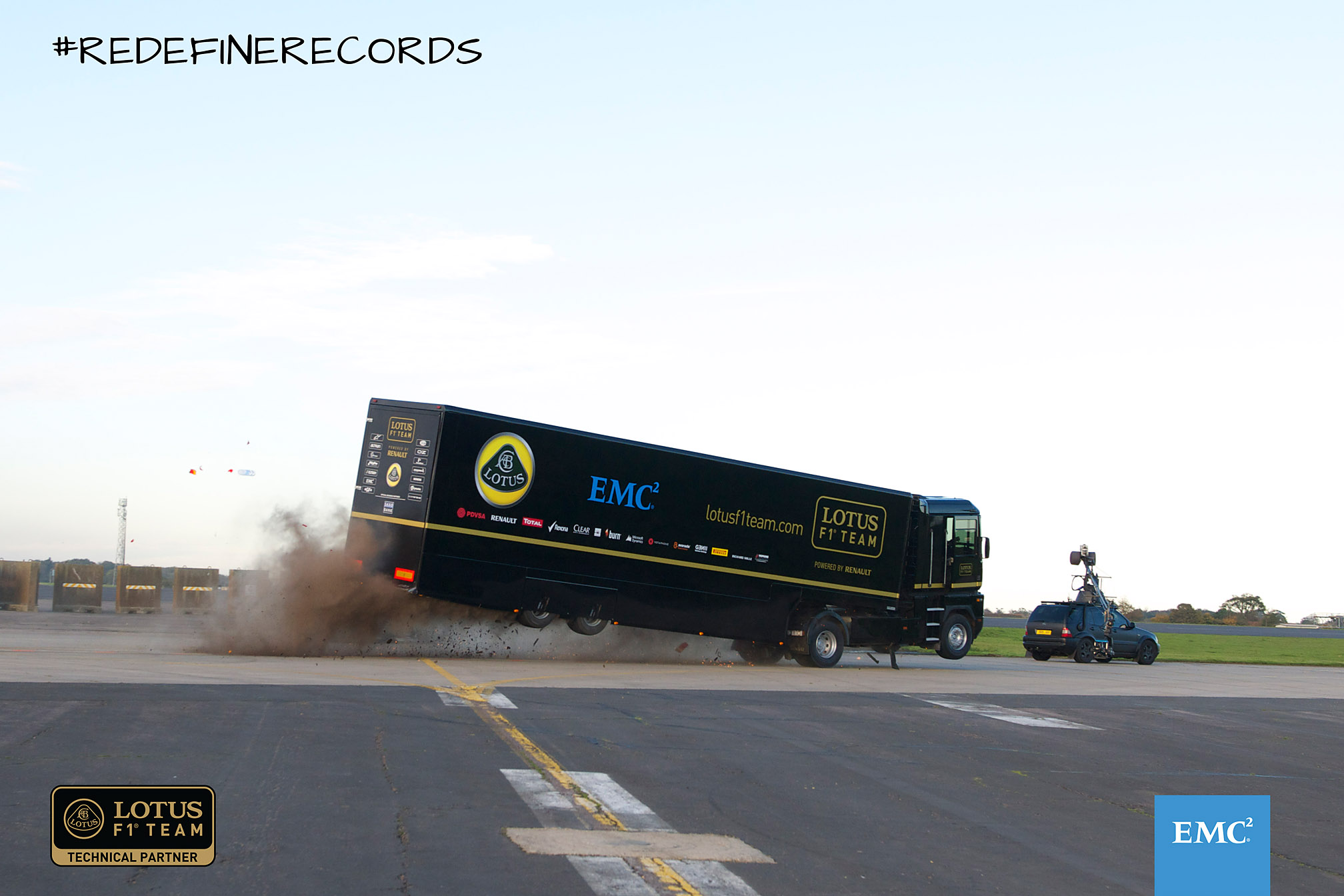