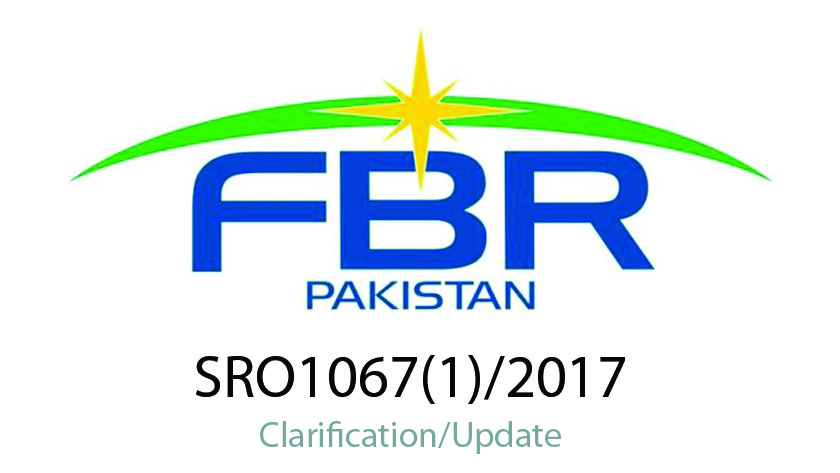 The government issued SRO1067(1)/2017 on 20-10-2017 and made changes in import schemes, Baggage, and Gift. After the change fuss aroused in the local car market and people, dealers became confused because some elements circulated the news that government had changed the import policy for all schemes Baggage, Gift, and TR. However, this was not the case as the change was not made on TR scheme. According to IPO-2016, APPENDIX-E (i.e., PROCEDURE FOR IMPORT OF VEHICLES UNDER THE PERSONAL BAGGAGE,

TRANSFER OR RESIDENCE AND GIFT SCHEMES), sub-paragraph (5) of paragraph (3) is now amended as below;
All vehicles in new/used condition to be imported either under personal baggage or gift scheme, their duty and taxes will be paid out of foreign exchange arranged by Pakistan nationals themselves or local recipient supported by bank encashment certificate showing the conversion of foreign remittance to local currency.

In layman terms, the amount of duty on imported cars shall also come from abroad, and also its money trail shall also be given at the time of paying the duty of car.

After the change in policy confusion incited in the market, so to curb that notion we are writing this news piece. People can bring cars in the country though TR- Transfer of Residence scheme without sending/bringing duty from the country the car is coming or showing its money trail. To get self-assurance, we confirmed from an official, and he said there was never any change on TR, it was just a misunderstanding. Some individuals claimed that they had pressured the authorities to reverse the decision on TR. However, as mentioned above, there was never any change in TR scheme. And for the sake of the argument even if we believe that some people have pressured the government in taking action and reversing the decision on TR scheme, still the winning speeches they are giving regarding their pressure in the government is useless as just how many cars come in country under TR if compared with baggage and gift scheme. And I will tell you this, not much as how many people transfer their residence from abroad.

Primarily these schemes were initiated by the government to give a sigh of relief for Pakistanis who are living abroad. However, there are few conditions to bring car in the country as mentioned below;

Atlas Honda increases the price of its bikes for March 2020

Can a police officer ask for a marriage contract from…