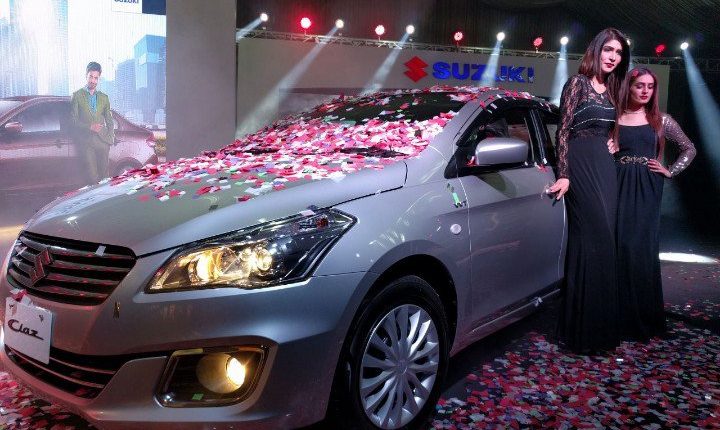 Feature and specs-wise, the car was much better than its competitors. With a 1.4L K-Series engine,  the vehicle produced 91 horsepower. Furthermore, the company offered it in 5-Speed Manual as well as Automatic CVT Transmission. It also had a very sleek front grille, LED DRLs and projector headlamps.

Furthermore, the company offered it in All Black Interior with leather seats and steering. It also had keyless entry, chrome door handles, push start, auto climate control, and pollen filter. The car came with 7-inch touchscreen infotainment system with Bluetooth connectivity, Apple CarPlay and Android Auto. All in all, the car had a number of features and its prices were also quite reasonable. The manual variant cost Rs2.3million, while price of auto variant was Rs2.5million.

As said earlier, the car was much better than its competitor, even at that time. However, for some odd reason, Suzuki remained failed to sell this car in Pakistan. The company didn’t market this sedan as much as compared to its hatchbacks. Furthermore, the buyer may remained reluctant in buying an imported unit.

So after constant failure of three years, Suzuki announced to discontinue the sedan in October 2020.

However, if we look at the decision, a serious question arises, whether Suzuki made the wrong decision? Because recently sedans like Toyota Yaris are registering record-high sales. Furthermore, new entrants like Changan Alsvin has created a buzz in the local market, while Hyundai is all set to launch its Elantra in the country.

So, in a thriving sedan market, Suzuki has not a single vehicle to offer, which is not a good thing for the company. So, Rest in Peace Ciaz, best wishes to you in the international market.

Share your thoughts about Suzuki Ciaz in the comments section.

How Hyundai/KIA Losses Billions of Dollars in Apple EV Deal?