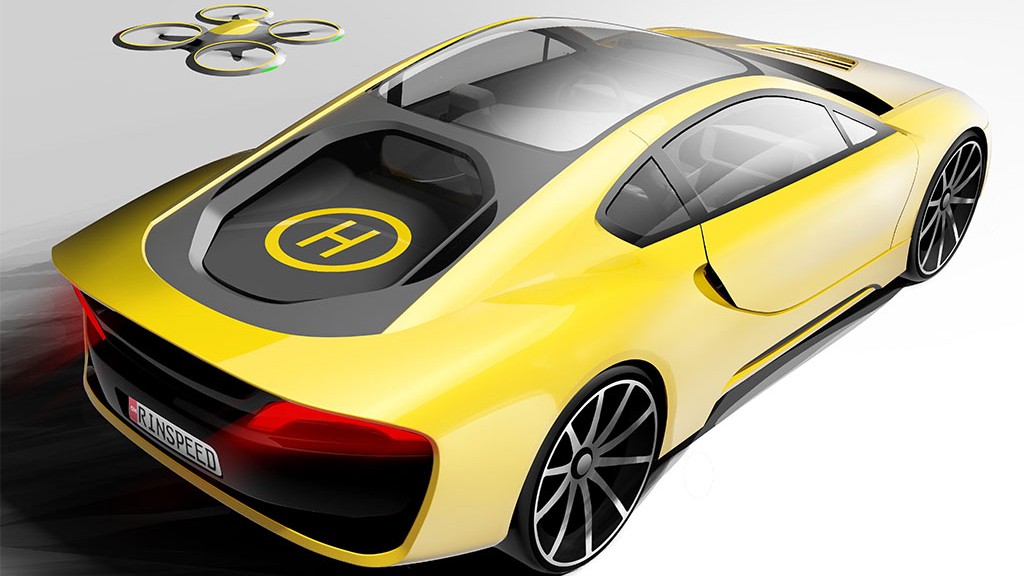 Superscar these days are just getting crazier and crazier with new innovative designs and features coming each and every single year. So what’s going to be new for 2016, well by the looks of it from one particular supercar, an adaptive autopilot and a drone landing pad. Swiss “powerhouse of ideas” Rinspeed is the company that is currently designing a supercar with these features that will be revealed at CES (Consumer Electronics Show) next year in 2016.

“The major and especially the disruptive innovations in future automotive engineering will come from the digital realm. That is why all major manufacturers and suppliers are now present at the CES Consumer Electronic Show“

The supercar which shall be called “Ʃtos” will have an autonomous mode which when engaged will completely fold the steering wheel into the dashboard and will bring the two curved wide screen monitors closer to the occupants in the car for a better view. The drone on the other hand which will supposedly sit on its own landing pad above the engine bay, will not only be able to fly a few hundred feet from the car to get an idea of road conditions ahead but the company claims that it is intelligent enough to fetch a bouquet of flowers the driver ordered online and even deliver it directly to the recipient. The car uses Harman Connected Car Technologies that acts just like a personal assistant as the system operates in a thinking, courteous and anticipatory manner.

Rinspeed has made some pretty bold claims and we will just have to wait until CES 2016 to find out if any of that actually comes to reality.