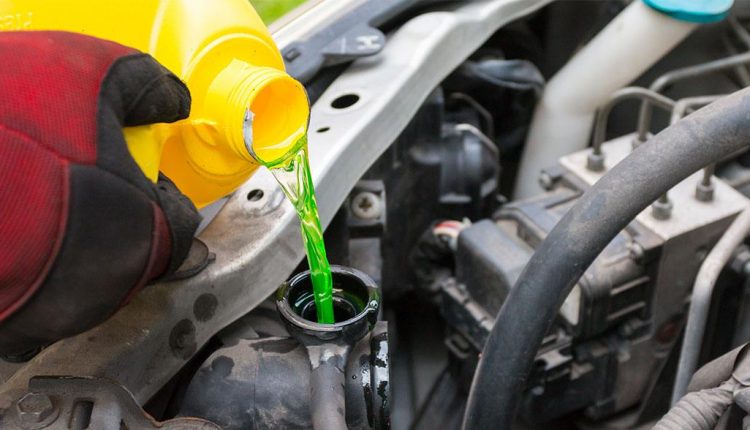 This is Why You MUST Use Coolant, Not Water in Engine

Your car’s engine, known as an internal combustion engine, generate a lot of heat during its operation. To keep the engine running at optimal temperature , the engine has a cooling system which comprises of a radiator, fans, hoses, thermostat and other connection. The system prevents the engine from overheating, and Coolant is the best option for it.

There is one more and the most critical component of the engine cooling system, and that is the “LIQUID” which runs through the cooling system, circulates different parts of the engine with the help of a pump known as “WATER PUMP”. The LIQUID absorbs heat from the engine block and takes it away to the radiator, where it releases the heat, the temperature of LIQUID gets lower because of the fan running across the radiator as well as the external wind which blows through the engine compartment when the car is in motion.

The cooling system of the vehicle must keep the engine at an optimal constant temperature regardless of whatever the ambient temperature is. Most of the current engines are designed and run efficiently around 105 +/- degree centigrade of operating temperature. The plain water has a boiling point of 100-degree centigrade at sea level, but the boiling temperature goes lower when your altitude increases from the sea level. In other words, the water will boil around 100C in Karachi but possibly at 98C in Rawalpindi and maybe around 93C in Murree.

The plain water at a boiling point cannot take and absorb more heat as it starts converting to steam/ Vapor, thus reducing the overall efficiency of the cooling system. Furthermore, it increased pressure in the system as the vapour expands and can result in overheating of the engine because the required heat transfer medium is not working properly. Keep in mind the optimal operating temperature of the engine is also a few degrees higher than the boing point of water. This is the reason if you are using the plain water and if you open the radiator cap, you will see a lot of very hot steam coming out. If you are using plain water, there is a due chance you will lose the volume over time.

So, what is the solution? The “COOLANT”. This liquid should be a coolant. Coolants have higher boiling temperature than water, and that increases under pressure in the cooling system and can reach up to 135C. This helps increase the heat transfer capacity from the engine without boiling and converting to steam. Coolant is generally based on ethylene glycol or propylene glycol or with combined chemistry.

Another Vital Feature of Coolant:

But there is one more feature of the COOLANT, it has a lower freezing point and works as antifreeze. The freezing point of water is zero Centigrade, but the coolants don’t freeze even when reached near minus 35C for a typical coolant. The engine produces heat regardless of whatever is the ambient temperatures, and it needs to transfer the heat even if it’s freezing outside. The liquid flowing through the system must be able to withstand extremely cold temperatures.

The plain water will freeze at 0 degrees and when water freeze it also expands, remember middle school science, when you read that the freezing water can actually break stones and boulders because of expansion. If water is used in the engine cooling system, it can freeze in winters when the vehicle is parked, and this can choke up the system and create unnecessary pressure when the engine is started. Because water expands, it can crack radiator coil, connections and other engine components. So, you should not use just water.

The coolant also has other additives like corrosion inhibitors, which helps in reducing the corrosion of the engine components. Using plain water results in corrosion and especially premature failure of the water pump. Corrosion also creates sediments within the systems and cause blockages. So stay away for using plain water.

You will find coolants in a variety of colours, and these are based on various chemistries. You can find it in green, red, orange, turquoise/ blue, purple, pink colours. Different car makers use another type of coolants and have their own specific requirements. Engine coolants are available in either as pre-mix ready to use or as a concentrate which is mixed with water [ preferably distilled water] as per given ratio before adding to the engine. You MUST not use concentrate directly in the engine; it must be diluted. You must never mix the two different coolants, means mixing two different coloured coolants.

It would be best if you topped UP with the same coolant as already in the engine and you should not use water to make up for the lost quantity. Never compromise on the quality of the coolant and always use the right one as specified by the car manufacturer. The car engine blocks use different types of alloys and other metals so, you must follow what’s in your owner’s manual about the type of coolant.

If you have currently plain water in the system, clear it up and put manufacturer recommended coolant. Coolant also has a specific working service life and must be drained and replaced as per specified timeline by the coolant manufacturer.

Additionally, if you experience coolant drop abnormally , you must make sure that there are no leaks in the system. Sometime a very small non visible pin-hole [ typically in the rubber hoses and around clamps ] is source of leak and only release/leak coolant when the system is under high pressure and in other words vehicle in motion. It is always advisable to regularly inspect and replace old and aging rubber hoses with genuine part and never overtighten the clamps.

Lastly, all coolants come in beautiful colours and also taste slightly sweet. Coolants are poison, and you should keep these locked away at a safe place and far from the children’s/ minors.

Water is LIFE but not for your car engine.