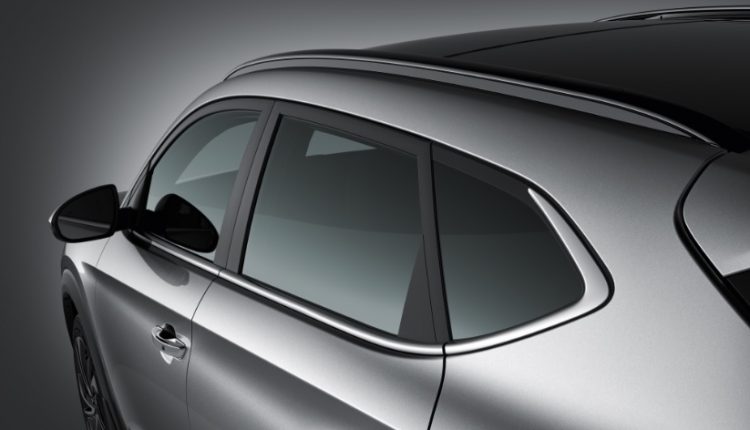 Top 3 Cars to Look out For This Year

The year 2020 has not been great for Pakistan’s automobile sector. Due to high taxes, slow market and then coronavirus pandemic, the local manufacturers have not record high sales. The data shows that companies did not even sell a single vehicle in April with a meager sale rise in May.

However, we at PakWheels bring you a great news amid this turmoil for local market. And the news is about launch of top three new cars in Pakistan. The cars we are discussing in this piece are from three different companies. After the release, these new vehicles are expected to boost market.

So, without any delay, let’s discuss the expected features and specifications of these cars, set to hit Pakistan in 2020.

Hyundai Nishat’s Tucson SUV is the first car we are really excited about. The South-Korean company made a re-entry in Pakistan last year, and now rumor has it that Tucson will be released in local market this year. PakWheels had earlier reported that this SUV was spotted in the country twice, which surely hyped up its potential launch and enhanced the wait of its fans. Although the company has not released its exact specification as yet, but our sources have revealed some of them.

If we talk about its exterior, it’s not a secret after being spotted twice. The car has full LED headlights, LED Rear Combination Taillights, dynamic-looking wheel design, radiator grill and overall, very chic body cut. Our sources have reported that high-grade leather is used for the dashboard. The sources said that it has 10-way adjust driving seat, giving very comfortable and roomy sitting space. Furthermore, the vehicle has reportedly a high-tech touchscreen, giving the interior a chic look.

Moreover, the reports said that Tucson will have three driving modes, i.e. normal, sports and Econ. The company is also making this car safe as there will be two airbags in it, with body made of Advanced High Strength Steel (AHSS).

Hyundai will launch this SUV in competition of KIA Sportage and Toyota Fortuner in Pakistan. We are excited for this new addition in Pakistan’s market and wait impatiently.

Another car, soon to be launched in Pakistan is Proton’s Saga Sedan. The Malaysian company signed a deal with Al-Haj Group to establish an assembly plant in Karachi. According to available details, Saga is 4331mm in length, 1689mm in width, and 1491mm in height, with 2465mm wheelbase. The car will be reportedly launched with 1299 cc inline 4 cylinders 16 valve DOHC VVT engine. This engine is rated at around 94HP and has 120NM of torque.

The company is reportedly launching Saga in three variants in Pakistan. First is standard, second is Standard with Auto, and third one is Premium with Auto variants. The manual and auto standard will be available in same features while Premium will have some extra fills in it.

Furthermore, the company will install hydraulic power steering, with disc brakes in front and drum brakes at rear wheels. The car will also have Eco-Drive assist indicator. The front of the car will have Proton’s signature grills, called” infinite weave grille.” The Halogen headlights are installed in all the variants. The standard wheel size will be 185/60/14 for Standard manual/ auto model, and it will be the steel wheels with covers, the Premium variant will have 15″ two-tone Alloy wheels.

Being a budget car, the Saga’s interior is simple grayish black. The seats of the car are made of fabric and in different textures, mainly dominated by dark colors. Furthermore, the car will have power windows and side mirrors, along with a multi-information display with analog speed and rpm gauges.

The car reportedly has two airbags, seatbelts for all passengers with ISOFIX points for a child seat. Meanwhile, parking sensors are standard on all variants.

The launch of this car is expected this year and we think it will be another exciting addition in local market.

The third and last vehicle we are discussing today is Chinese company Changan’s Alsvin Sedan. The car was recently spotted in Pakistan. According to reports, Changan will launch Alsvin in two variants, first one is 1.4 liter 4-cylinder DVVT with 104 horsepower, while the second is 1.5 liter 4-cylinder DVVT engine with 107 horsepower. Both engines are mated to 5-speed manual and 5-speed automatic transmissions.

In a first look, this new Sedan looks very similar to Hyundai Accent. However, a closer look will reveal the differences including double waistline at the rear, hanging touchscreen, side profile and its overall silhouette. Moreover, the Alsvin is more subdued in its design as compared to Accent.

The vehicle also loaded with a modern infotainment system with the latest InCall intelligent interconnect system. According to reports, Changan is launching this Sedan as competition of Honda City and Toyota Yaris.

We are very excited over these launches in Pakistan, as Hyundai Tucson will be a great addition in SUVs in the country. With its modern features and specifications, this new vehicle will surely make its space among local consumers. Meanwhile, Saga and Alsvin will be good choices for Sedan lovers.

Should you inflate your tyre with nitrogen?

A Win for Consumers in Sales Tax Case