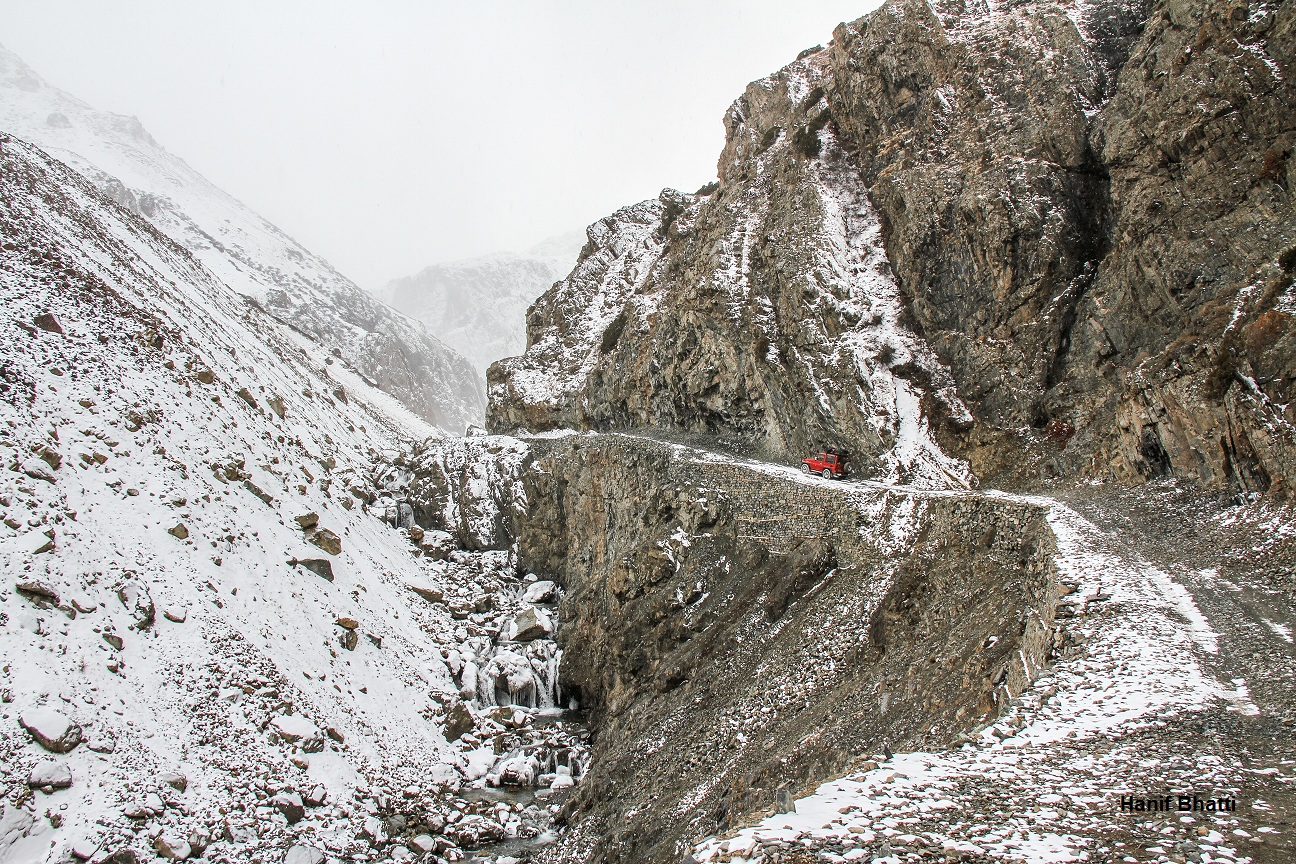 Driving can a dangerous activity no matter how skilled  you are. There will always be accidents waiting to happen. Driving on highways or normal streets in your area is kids stuff compared to these few roads in the world where driving will send shivers down your spine.

About 810 Pakistani workers and 200 Chinese workers have lost their since work first began in 1959 on the Karakoram Highway and wrapped in 1979. The route of the KKH traces one of the many paths of the ancient Silk Road. It is also considered as world’s highest elevated road and after the construction of Diamer Bhasha Dam is complete some day, the road will be even higher.

Landslides and unpredictable weather poses a threat to the travelers, harsh winters close much of the highway from Dec to May even during summers, fatal crashes around blind corners are a common occurrence so we sincerely trust you guys to be careful around them.

Another dangerous roads is from Pakistan, the road to Fairy Meadows takes second place. It starts on the Karakoram Highway in the village of Tato in Pakistan, and runs through the Gilgit Baltistan region of the Pakistan controlled part of Kashmir. It shoots 8000 feet up along the ninth highest mountain in the world, ‘Nanga Parbat’.

Related: The 10 best roads to drive in Pakistan

The inter development bank has referred the North Yungas Road as the most dangerous road in the world and nicknames it as “The Road of Death”. The north yungas road is a small patch which descends 11800 in under 40 miles. In 2006, it was estimated the death toll was around 200-300 annually, with no options available, the vehicles are forced to travel by this road. Sudden landslides , rainstorms are pretty common which results in the rise of accident rates.

Also called as ‘North Slope Haul Road’ and usually referred to as the Dalton highway, it is a 414-mile (666 km) road in Alaska. It’s mostly dirt and quite poorly maintained. Still around 100-200 trucks use the road everyday. It is said that it is safer to drive in winter when the road is completely covered by ice. Amusing it is. Truckers actually have nicknames for certain parts of the highway such as “Oh shit corner” and “The roller coaster” the road is only suitable for Mack trucks as they can with stand the harsh winds that can blow from any direction. Also, it is advisable by the land management that whosoever travels on this highway should bring in supplies and CV radio along, as there are only three villages.

Passage of the Gois, France

The passage of Gois is a 2.58 miles sandbar that gets flooded twice as day. Drivers have 3 hours during the entire day to travel on this road, 90 minutes before the lowest tide and 90 minutes afterwards. At the high tide the road lies under 4 meters of water, when it reemerges it is littered with errant clumps of seaweed and is a slippery stretch indeed and especially treacherous on two wheels.

Ever heard of a city which has a road, a road which is one of world’s most dangerous just because of the awful traffic laws? and really bad enforcement of them? Well, this one’s that!

The Jalalabad-Kabul Road is a highway running between the Afghan cities of  Kabul and Jalalabad, the largest city in eastern Afghanistan and the capital of Nangahar Province

This Afghan highway runs through the Kabul Gorge could give the North Yungas Road in Bolivia a run for its money. According to a writer with ‘The Times’, Dexter Filkins, who writers the so many people die on the 40-mile stretch from Kabul to Jalalabad that “most people stopped counting long ago.” Accidents and Taliban attacks happen everyday.

On this highway, over worked drivers tend to drink and drive, these are usually the drivers of big rigs who fall asleep and for this reason it holds the seventh most dangerous road in the world.

Another road created by carving out rocks in the mountain, it is a narrow and winding mountain and thus, only a bus can barely pass by at one time. Other than the fact that it is full of blind curves, sharp turns and narrow paths, leading through cliffs and mountains..

It’s scary because its curvy, and curvy mountanous road in the Vicentine Alps is never a easy. The road was built in 1922, during WW1 as a mean to provide logistics to the summit area of the mountain however now, this the only road where motorized traffic is forbidden because of some bad crashes in the 1980s.